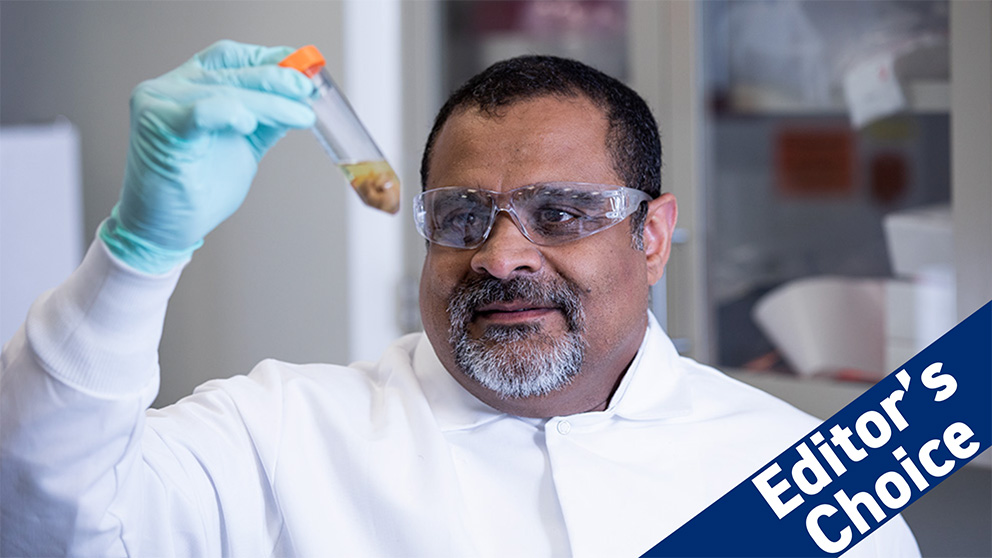 What we describe as “cancer” is actually a vast array of diseases. It can arise in different parts of the body, of course, but cancers can also have very different genetic mutations and drivers. Not only that, but cancer’s interactions with the body’s normal cells and tissues as tumors grow and (sometimes) spread differ as well, depending on a person’s genetic makeup and other factors.

There has been a lot of progress in oncology over the past two decades, but the individuality of each person’s cancer helps explain why some cancers in some people remain difficult or impossible to effectively treat.

A long-time limitation in biomedical research is that cancer mechanisms differ between animal species. To overcome this problem, researchers developed patient-derived and human cell line xenografts (PDX and CDX, respectively), in which human cancer cells or tumor fragments are engrafted in graft-receptive animals, such as mice. CDX and PDX mice have proven to be an effective platform for studying human cancers and testing candidate therapies. Nonetheless, PDX mice too had an important limitation, at least initially—they were limited to two strains, known as NOD/ShilLtJ and CD-1, limiting research into the effects of different background genetics on tumor growth and therapy response.

To address the issue, Jackson Laboratory (JAX) Study Director Muneer Hasham, Ph.D., developed and characterized genetically diverse mouse strains to use in CDX research. In “Genetically diverse mouse platform to xenograft cancer cells,” published in Disease Models & Mechanisms,” Hasham and his team present a panel of five Rag1 mutant (immunodeficient) mouse strains that can be successfully engrafted with human cancer cells. Their findings show that the growth characteristics of the cells are much more dependent upon the mouse strain than tumor type, underscoring the importance of background genetics in cancer research. The paper was named an Editor’s Choice by the journal for work that “…can produce more translatable findings for clinical trials testing novel treatments for various cancers.”

Mice lacking Rag1 don’t have circulating B and T cells, which are essential for an adaptive immune response, because their development is halted in the bone marrow. Using CRISPR, so-called Rag1 null mice can be readily engineered from different inbred strains and then engrafted with human cancer cells. To expand the genetic diversity of PDX mice, in collaboration with Technology Evaluation Department, Hasham and his team focused on the eight founder strains of the Collaborative Cross and Diversity Outbred mouse populations, which were originally chosen to mimic human genetic diversity. Three of the strains (PWK/PhJ, CAST/EiJ, NZO/HiltJ) exhibit complex traits when Rag1 is deleted and are still being characterized, but four others (129S1/SvlmJ, A/J, C57BL/6J, NOD/ShiLtJ) were successfully obtained and fully characterized. The eighth founder strain, WSB/EiJ, was not sufficiently fertile in the absence of Rag1, so the team added a previously created BALB/cJ Rag1 null strain to complete the initial five-strain panel, abbreviated 129R, A/JR, B6R, NR and BAR.

Using the panel, the team assessed the growth of three cancer cell lines, two human (triple-negative breast cancer, chronic lymphocytic leukemia) and one mouse (glioma). When engrafted under the skin, the breast cancer line showed different growth rates in each mouse strain. When engrafted in the mammary fat pad, however, the growth rates were the same across the strains, though all but the NR mice, which had the fastest growth subcutaneously, exhibited faster growth in the fat pad. Both the human leukemia and mouse glioma cells also showed different growth rates across the strains, however, suggesting that differences in the tumor microenvironment across strains contributed more to growth characteristics than the cancer cells themselves.

While it’s important to assess how quickly the cancer cells grow, it’s also necessary to analyze other aspects of their growth, including tumor structure. Using the breast cancer cell line, the researchers investigated why the tumors in B6R mice were quite small and relatively non-invasive into surrounding tissue compared to the other mice in the panel. They found that variable collagen abundance and structure in the strains play a key role, and the small tumors in B6R mice were surrounded by layers of fibrous tissue. The larger masses in the other strains were not similarly encapsulated, and they infiltrated into surrounding tissues, though to varying degrees. Using methods developed in JAX Professor Jeffrey Chuang’s laboratory, the researchers also found that the cells within the tumors also varied between the strains, with different proportions of neoplastic (cancerous) and other cells present.

Among the other cells within the tumor are myeloid (innate immune) cells, such as macrophages and neutrophils. Although the panel’s mice have no adaptive immune response because of the lack of B and T cells, they do retain myeloid cells, which can play important roles in tumor growth and progression. Interestingly, the team found that the larger the tumor, the higher the level of myeloid cell infiltration. Whether the myeloid cells are directly involved with the faster tumor growth is now being studied. Immune signaling is another component of tumor growth, with pro-inflammatory molecules such as cytokines and chemokines associated with driving tumor progression. The researchers measured the levels of 29 signaling molecules in xenografted and non-xenografted control mice in the five panel strains. Again, the levels of signaling molecule induction differed across the mouse strains, indicating that they may be associated with strain-specific tumor growth.

A resource for cancer research

The genetically diverse mouse panel presented in the paper represents an important resource for cancer research. It could help address problems with xenograft failure rates, as a diverse panel of mice will likely increase the probability of tumor establishment in one or more of the strains. It can also facilitate research into tumor microenvironments in the context of genetic diversity, an important aspect of all human cancers.

“Our findings were made possible by many groups at JAX, and we are grateful for the collaborations we have with the research services here,” says Hasham. “And the work is exciting, because with only one cell line thoroughly tested in five strains, we have already made several new findings. If we have a platform to test, in detail, CDX and PDX from numerous cancers, how many more cancer mechanisms and potential therapies will we discover?”