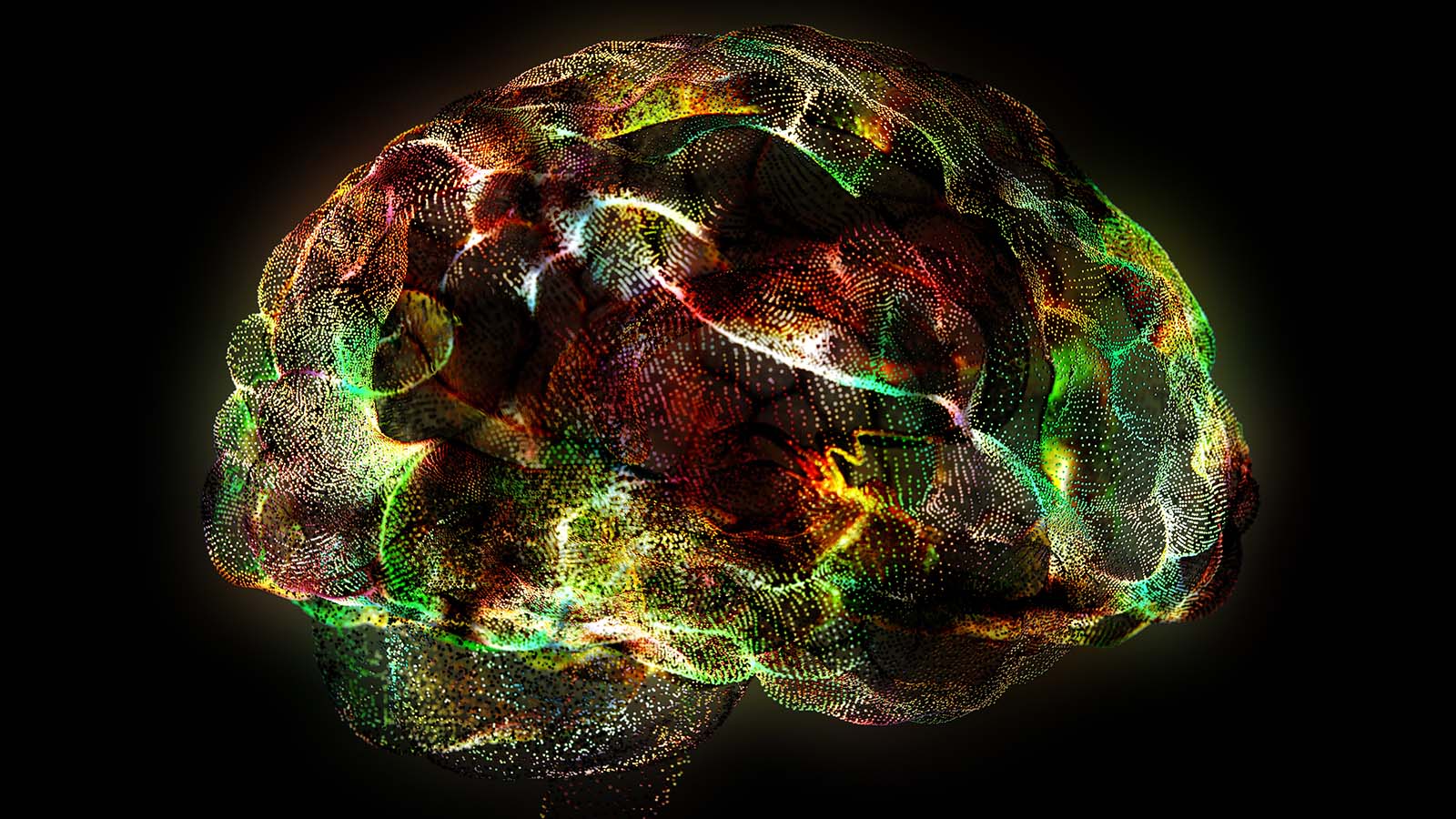 Humans have three slightly different versions (known as alleles) of APOE. The most common, ε3, appears to be neutral for AD, but ε2 provides some protection against AD while ε4 substantially increases AD risk. People who have two copies of APOEε4, estimated to be 2-3% of the population, are at greatest risk, but those with one copy of APOEε3 and one copy of APOEε4 are also more likely to develop AD over time.

In “The APOEε3/ε4 Genotype Drives Distinct Gene Signatures in the Cortex of Young Mice,” researchers led by JAX Professor Gareth Howell, Ph.D.Applies genetics and genomics approaches to study age-related neurodegeneration associated with Alzheimer’s disease, dementia and glaucoma.Gareth Howell , Ph.D. and Kate Foley, Ph.D., a former Tufts graduate student in the Howell lab, provide initial characterization of APOEε3/ε4 mice, the most common higher risk combination in humans. The findings show that even relatively young APOEε3/ε4 mice do indeed differ from their APOEε3/ε3 and APOEε4/ε4 counterparts at the molecular level.

“Much of the previous work studying the biology of APOE isoforms has been performed in mice homozygous for each risk genotype, such as APOEε3/ε3 and APOEε4/ε4 ,” says Howell. “However, in humans, the most common risk genotypes are heterozygous, such as APOEε3/ε4 . Using new mice developed by MODEL-AD, Dr. Foley was able to create littermate controls carrying both homozygous and heterozygous APOE genotypes.”

The research investigated the mice at two and four months old, with and without voluntary exercise, which is thought to lessen AD risk. Cholesterol levels, which are higher in human APOEε4 carriers, were not affected by the APOE genotype at this young age, but gene expression differed between the APOEε3/ε4 heterozygous mice and the homozygous APOEε4/ε4 mice at both time points. Of note, genes unique to the APOEε3/ε4 mice were enriched for “extracellular matrix” and “blood coagulation” functions at four months, indicating a possible early disruption of normal brain blood vessel integrity and function, a pathology seen worsened with age in humans. The APOE genotype did not affect how the mice responded to exercise, but ongoing aging studies will continue to track the possible interactions between the two variables to see if there are any notable protective effects over time.