Why are some people resistant to Alzheimer's disease? 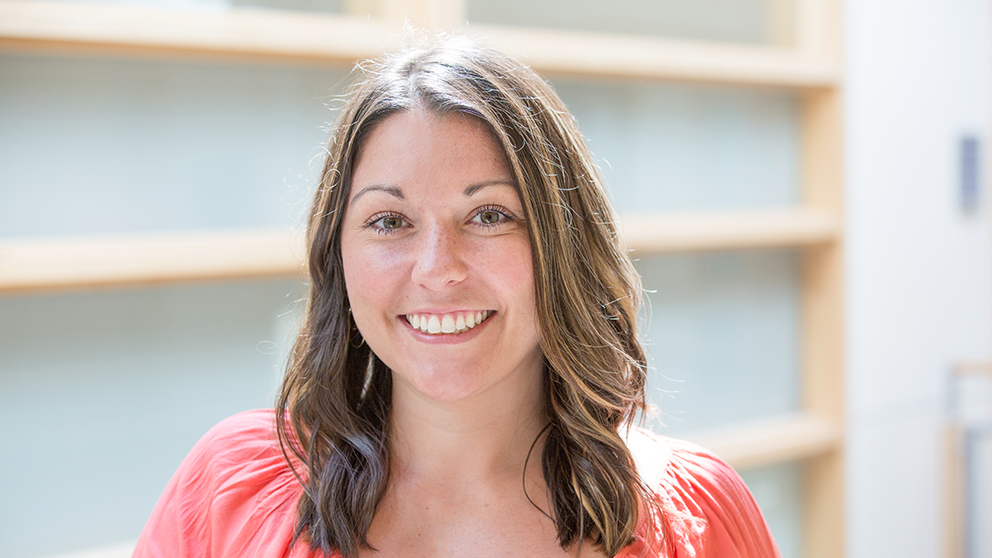 Ph.D. student Sarah Neuner searches for genetic variation that can protect us from Alzheimer’s disease. Photo by Tiffany Laufer.

Are you scared of Alzheimer’s disease?

“I’d be more scared for my family,” answers Sarah Neuner, a Ph.D. student at The Jackson Laboratory who studies the disease.

We know there are genetic risk factors that differ across the human population. Some people get the disease and some people don’t.

According to Neuner, there are problems with the way researchers have approached Alzheimer’s disease in the past. As with many diseases modeled in mice, researchers have focused on using one particular strain of mice. All the animals from a single strain are genetically identical — unlike the human population. “Using just one mouse strain to study Alzheimer’s is like studying the disease in a single person — you miss out on all the genetic variation that might contribute to the disease,” explains Neuner. “We know there are genetic risk factors that differ across the human population. Some people get the disease and some people don’t.”

Neuner is using genetically diverse mouse strains to find the genes that are responsible for that variation. Her work will uncover the gene variants that make some people susceptible to Alzheimer’s and — her bigger interest — those that make others resistant to the disease.

Neuner came to study the brain because of an interest in learning and memory. Initially, however, she thought she would become a veterinarian because of her love of animals. “I did a rotation with the vet and I decided, ‘I definitely don’t want to do this.’ Then I took my first neuroscience class and I immediately loved it,” she recalls. But she didn’t know she could study the brain as a career.

“When I told my family I didn’t want to be a veterinarian, my dad asked me what I wanted to do instead. I told him that I wanted to study neuroscience, thinking that wasn’t really a career. He said, ‘Well, you know you actually can do that,’ and that’s how I decided to become a researcher.” 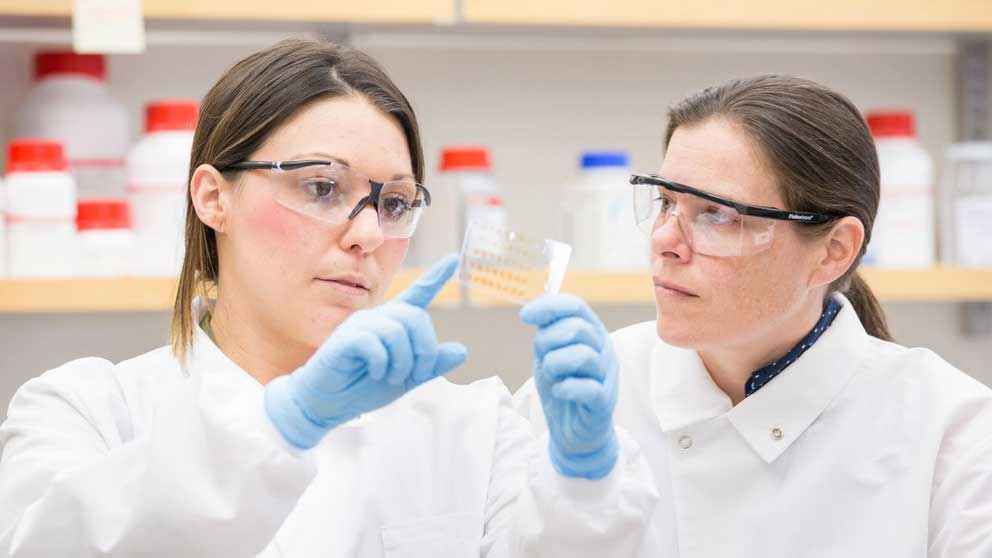 What most people fear about Alzheimer’s disease is the loss of cognitive function: short- and long-term memory loss. Those symptoms may be fairly mild when the disease is diagnosed, but they progress over time, causing patients to need ever-increasing levels of care. Alzheimer’s destroys the regions of the brain devoted to memory: the nerve cells die, the supporting cells die, the blood supply fails. But it’s still unclear what comes first.

Past research focused extensively on beta-amyloid plaques, deposits of inactive proteins in nerve cells that damage and eventually kill them. “But beta-amyloid plaques don’t equate to Alzheimer’s disease. The drugs targeting plaques usually don’t help the patients,” says Neuner. So instead of focusing on beta-amyloid plaques in the mice, Neuner focuses on cognitive function. She uses two tests of memory, one for short-term and one for long-term, closely mirroring the types of memory tests that are given to people to find out if they are showing Alzheimer’s-like symptoms. Neuner was an awarded a fellowship from the NIH to support her research and training.

Neuner finds variation in memory performance from mouse strain to mouse strain, just as there is from person to person. And she discovered that this doesn’t predict how those individuals will perform as they age. For instance, some mouse strains with great memory early in life become highly susceptible to memory loss as they age.

“I don't know that we understand enough about healthy aging to fully understand what goes wrong in Alzheimer's disease yet,” adds Neuner. “There’s still a lot we don’t know about the brain. In school, I liked science classes because there is a right or a wrong answer. In research, we don’t know the answer yet.”

Neuner enjoys the challenge of research and she loves being in the lab. Because she came to research at the end of her undergraduate career, she hadn’t had much research experience when she started her thesis work. She had a strong academic foundation from her classes at Richard Stockton College of New Jersey (now Stockton University), but she needed to learn technical skills.

Neuner found a great mentor — someone who was willing to teach her how to do experiments and how to become an independent scientist - in JAX Assistant Professor Catherine Kaczorowski. “I joined the lab when she first started [as a professor] so I got the benefit of day-to-day hands-on training. I've learned a lot about designing experiments and interpreting results and really thinking critically about science from her.”

Neuner’s work has recently yielded its first results: she has identified genes that differ among the mouse strains and whose differences predict whether the mice will or will not succumb to Alzheimer’s-like memory loss. These are the genetic factors that she was searching for: something that doctors could test for and then repair or treat to help patients avoid Alzheimer’s disease. One of the genes with the strongest effect in the mice is a known risk factor for Alzheimer’s disease in humans: people with a particular version of the gene are much more likely to develop Alzheimer’s symptoms than people with other versions. Neuner is confident she’s on the right path to find new preventative targets.

As a scientist and a researcher, Neuner is also on the right path. “At the beginning, I really was just there to absorb knowledge and to be reading and learning,” she recalls. “That process never stops, but at the beginning it's so much more intense because you're really building your foundation for your project and for your research. As that foundation has been built, I feel like I can now think a little bit more independently. My role has evolved to thinking about the data and processing it on my own – before talking to Catherine and other members of the lab.”

For the immediate future, Neuner is thinking about cell-based models she might develop in order to find out how the gene variants she’s discovered affect the brain. The brain as a whole is too complex to be tractable at the molecular level, and it’s molecular details that Neuner needs in order to identify ways to prevent Alzheimer’s. She’s also working with local elderly communities and with patient and caregiver communities through the Alzheimer’s Association chapter in Maine. “It’s a really cool reminder of why we do research. I think it gives patients and caregivers a sense of hope that people on working on the disease.”