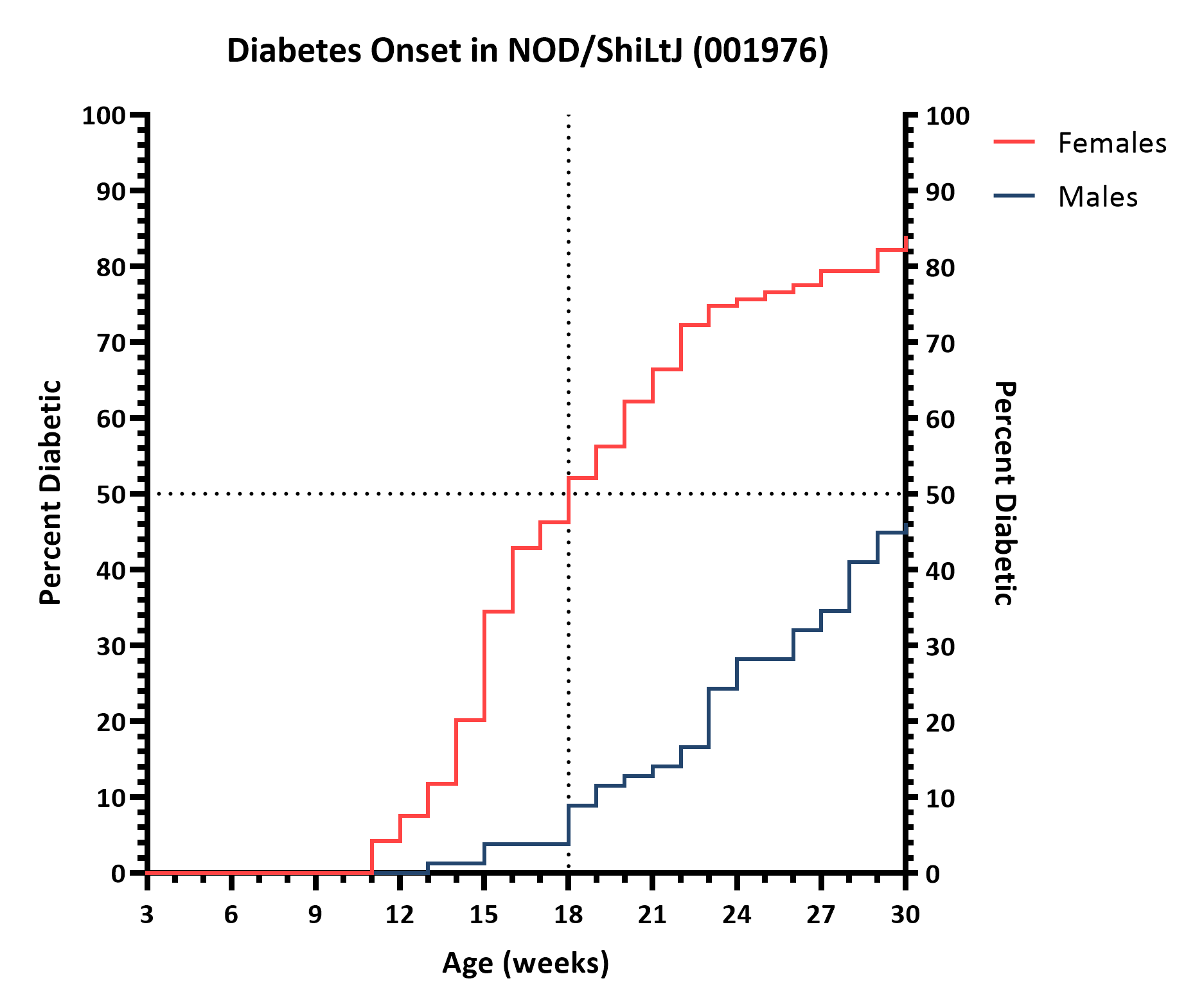 Diabetes onset was monitored weekly between the ages of 3 and 30 weeks in 120 female and 80 male NOD/ShiLtJ from the Bar Harbor and Sacramento facilities. Mice were fed a 6% fat diet (LabDiet 5K52 formulation), ad libitum. Diabetes was defined by a non-fasting blood glucose level exceeding 250 mg/dL. Blood was sampled in the morning from the submental route and analyzed using a OneTouch Ultra handheld glucometer that was validated using a control solution on each measurement day.

Median female onset was 18 weeks. Data were combined from two independent studies, one conducted in a Standard Barrier and the other in a Maximum Barrier. The Kaplan-Meier diabetes onset curves did not differ significantly between the individual studies. Diabetes onset curves were not significantly different from a similar study conducted in 2017. Body weights from this study are also available.