The difference between 'germ free' and 'specific-pathogen-free' mice 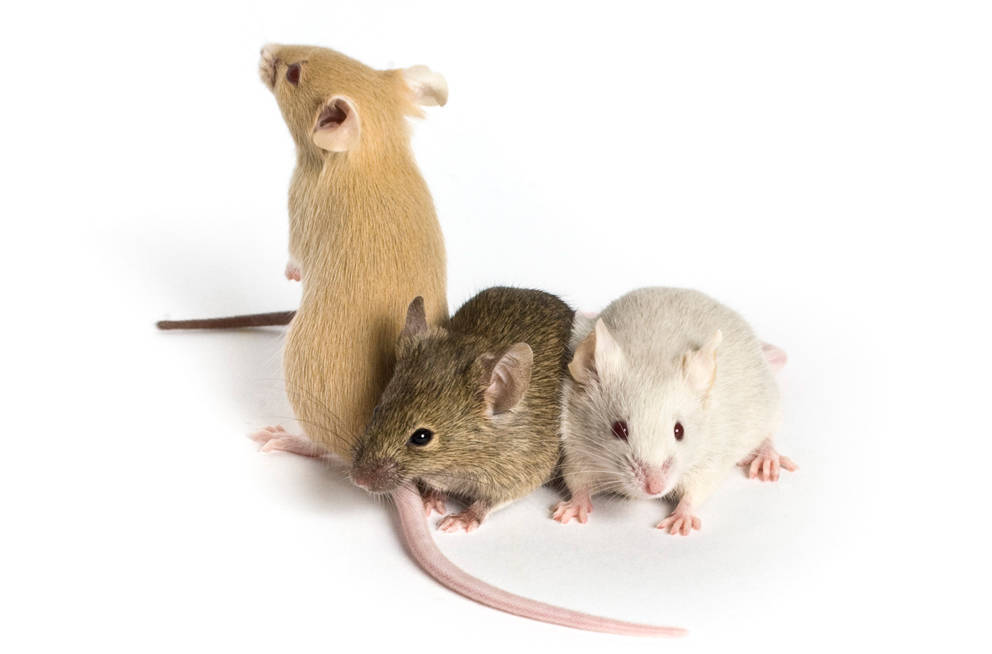 The health status of mice at The Jackson Laboratory is a frequent topic of conversation with our customers, and the other day, I was asked the question, are our mice “germ-free”? The term “germ-free,” however, can have several meanings, so I thought a discussion of the term and how it relates to the health status mice might be useful.

What are 'germ-free' mice?

Truly “germ-free” mice are more properly referred to as “axenic,” meaning that they are free of ALL microorganisms, including those that are typically found in the gut. Axenic mice are produced by hysterectomy rederivation, and must be maintained in isolators under very strict handling procedures to keep them germ-free. JAX does not distribute axenic mice, and many institutions are not set up to handle them under the rigorous conditions that are necessary to maintain them.

JAX also does not distribute “gnotobiotic” mice. These are axenic mice that have been intentionally inoculated with a cocktail of one or more non-pathogenic microorganisms, all of which are known. Indeed, the germ “gnotobiotic” is derived from the Greek, “gnotos” (known) and “bios” (life). Gnotobiotic mice are often referred to, also, as “defined flora” mice. Like axenic mice, they, too must be maintained in isolators and under strict protocols that prevents the exposure of the mice to foreign bugs that could colonize the gut and change the animals’ microbiomes.

The demand for both axenic and gnotobiotic mice has been growing due to the increasing awareness that the gut microbiome can significantly affect the progression of metabolic disorders such as diabetes and autoimmune diseases such as lupus, inflammatory bowel disease and arthritis. In fact, in 2007 the NIH established the Human Microbiome Project to “characterize the microbial communities found at several different sites on the human body.” Although JAX does not distribute them, axenic and gnotobiotic mice are available from several sources, including the National Gnotobiotic Rodent Resource Center at the University of North Carolina, Chapel Hill and the European Mutant Mouse Archive.

Regarding the enteric flora of JAX Mice, we have a pretty good handle on the aerobic organisms that inhabit the guts of our mice – mainly Enterococcus, Lactobacillus and Staphylococcus xylosus – but the anaerobic flora of our mice are not well characterized.

So if JAX® Mice are not germ-free, what are they? All JAX® Mice are “specific-pathogen free” (SFP). SPF mice are mice that are demonstrated to be free of a specific list of pathogens by routine testing. The list of organisms assessed typically includes disease-causing pathogens that can affect mouse health and research outcomes, as well as opportunistic and commensal organisms that typically do not cause illness in normal, healthy mice. In general, the term SPF implies a relatively high health status, but the list of agents monitored can vary from one mouse room to the next depending on their barrier level. To understand what SPF means for any mouse strain requires that you have the list of tested organisms in hand from the mouse room where that particular strain is housed.

The Animal Health Reports for each mouse room at JAX list the organisms for which the animals in the room have been tested. The tests are conducted on a statistically valid number of co-housed, wean-age sentinels and on retired breeders that are drawn from breeding colonies from within the room. All mice from a given room are considered SPF for the monitored organisms that tested negative. For any organism for which a positive result has been found, the mice should be considered to have been exposed to, and be potential carriers of, the organism, unless further testing proves otherwise. Even when positive results are found, the mice are still described as SPF because they are still free of the organisms for which no positive results were found. SPF is one of those slippery terms that doesn’t mean the same thing to everyone, and a mouse defined as SPF by one institution may not meet the criteria for SPF in another. Contact Technical Information if you have any questions about our Animal Health Program and the actions we take when positive results are found.