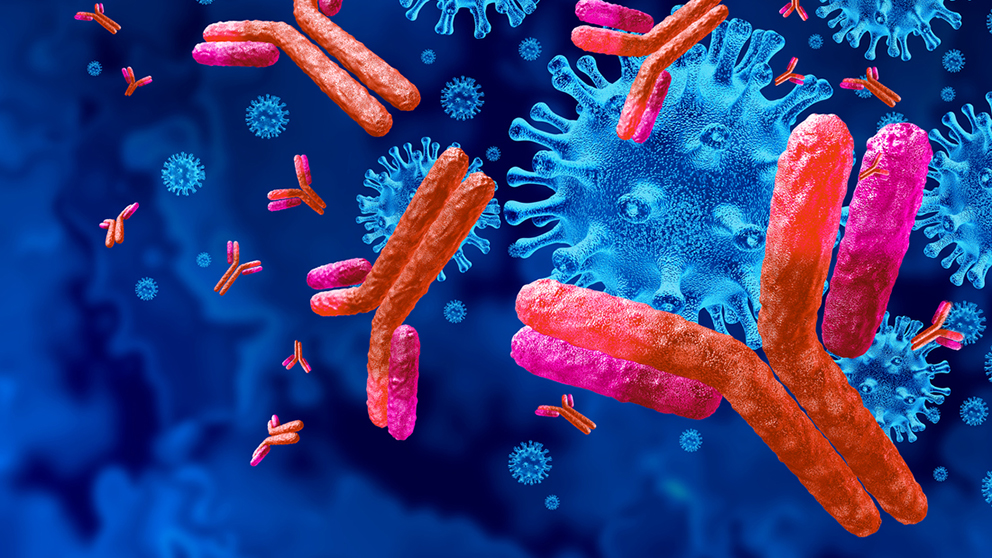 With a new tactic in immunotherapy, Derya Unutmaz and his team have successfully engineered an atypical type of immune cell, the human mucosal-associated T cell, with the capabilities to overcome challenges in standard CAR-T cell treatment.

Battalions in our blood

T cells are the foot soldiers of the immune system. These white blood cells orchestrate the attacks our immune systems launch on foreign cellular invaders in order to prevent infection. Churned off the assembly line in our bone marrow, the immature T cell remains in an unspecialized state. From there, the base model T cells move to the thymus “boot camp,” where they gain their assignments through differentiation to perhaps become a helper, regulatory, memory, or cytotoxic T cell, just to name a few. With their assignments established, T cells are ready to disperse into the peripheral blood and patrol our bodies for outsiders.

Within the last few decades, researchers have been able to harness the T cells’ dynamic ability to eliminate infection to battle cancers instead. Working with T cells extracted from a patient’s bone marrow, they genetically modify or educate them by adding what is known as a chimeric antigen receptor (CAR), capable of recognizing a molecule (known as an antigen when targeted by the immune system) present on cancer cells. The antigen would typically evade the immune system’s radar, but the CAR-T cells are engineered to recognize and attack it when put back into a patient’s blood. CAR-T cell therapy has been FDA approved and has yielded promising results for blood cancers, including leukemia, lymphoma, and multiple myeloma.

CAR-T cells are one of the greatest advancements in precision medicine, yet there are challenges in using CAR-T therapies across a wider patient population. Using an individual’s personal T cells is expensive, and it does not permit a readily available over-the-counter solution. Patients may experience adverse immune responses, including neurotoxicity and anaphylaxis. There also remains a poor efficacy rate for solid tumors when compared to hematological (blood) diseases. The answers to these issues may still reside in the cells of our immune system, however.

This month, the Journal of Immunology features the work of Jackson Laboratory (JAX) Professor Derya Unutmaz, M.D.Researches the mechanisms of human T cell differentiation, activation and regulation in the contexts of normal immune response, diseases and aging.Derya Unutmaz, M.D. , to develop an atypical T cell into a new kind of CAR-T cell treatment. Detailed in “Engineering Human Mucosal-Associated Invariant T (MAIT) cells with Chimeric Antigen Receptors for Cancer Immunotherapy”, Unutmaz and his team are the first to engineer MAIT cells, usually a tissue residing T cell, with the ability to attack both lymphoma and breast cancer cells at the source. The paper was named Top Read by the journal for that advance.

Much like their other immune cell counterparts, MAIT cells contribute to immunity against bacterial and viral infections, but because they are specifically located in tissue, they possess a natural affinity for the tumor microenvironment. Most of MAIT cells reside in tissues and are accessible, proliferative, and perfectly positioned in the tissue environment making them good candidates for an off-the-shelf treatment for cancers that form solid tumors, such as breast cancer.

Indeed, one of the major problems in CAR-T cell therapy is the need to use the patients’ own cells. Introducing therapeutic cells from another person may launch an unwanted attack on the patient’s own healthy cells, which is called graft-vs-host disease. Graft-vs-host disease is caused by a T cell presenter molecule called MHC, which is somewhat different in each person (except identical twins). Because MAIT cells do not recognize or need these classical MHC molecules, they would not pose the problem of attacking the cells trying to treat the cancer. Potentially, MAIT cells could be engineered from one healthy person to be transferred to many patients, i.e. become an “off-the-shelf” therapy. This would greatly reduce the cost and time it takes to prepare these engineered immune soldiers and make it available to a much larger patient population.

Observations made in the Unutmaz lab indicate MAIT cells are particularly adept at distinguishing host from non-host cells. This provides efficient cytotoxicity (cancer-specific cell death) and a low inflammatory response, must-haves for an effective immunotherapy. MAIT cells only activate when foreign vitamin B2 metabolites are showcased on antigen presenting cells (APCs), indicating the presence of foreign cells or pathogens. While there are nuances to the process that remain unclear, the CAR-MAIT cells behave in the same way. When in the presence of foreign vitamin B2 metabolites, the engineered MAIT cells transitioned into signaling mode, rapidly producing enough signaling molecules known as cytokines to activate other immune cells without inducing severe immune responses.

Unutmaz’s findings showcase a novel T cell to address the challenges facing traditional CAR-T cell therapy. Not only were the CAR-MAIT cells able to effectively seek out and eliminate the specific cancer targets, but they did so with similar or even slightly higher cytotoxicity than traditional CAR CD8+ T cells. Due to the MAIT cell’s affinity for tissue inflammation at a tumor site, the CAR-MAIT cells were able to selectively kill the targeted cancerous Her2 expressing cells, which bodes well for treating solid tumors. The CAR-MAIT cells also induced a milder cytokine release, indicating patients would be at lower risk for a severe immune response. While many specific cellular mechanisms remain unanswered, Unutmaz’s efforts have demonstrated the MAIT cell may be a new weapon to boost the immunotherapy arsenal.