The Maxine Groffsky Endowed Chair marks a milestone for JAX 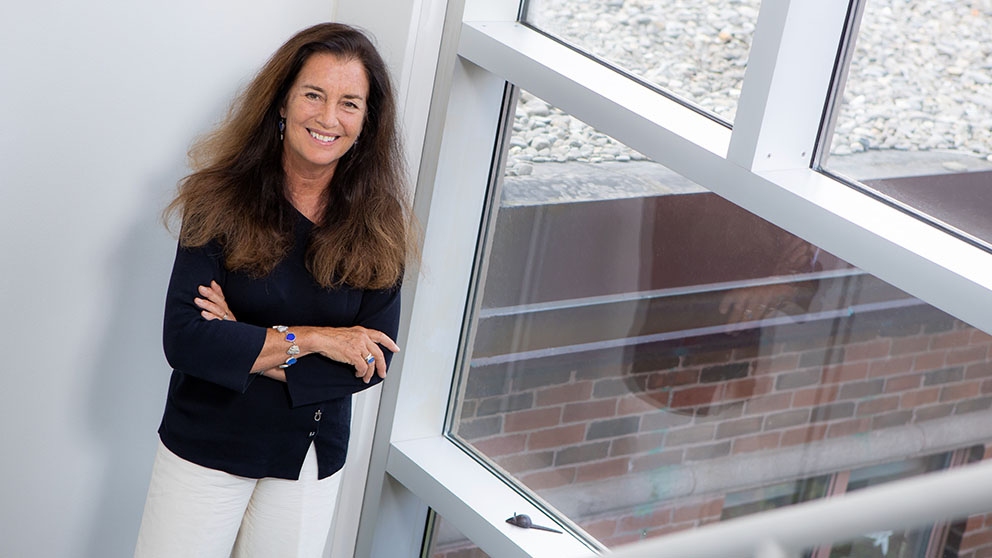 “I am delighted by this opportunity to support Nadia Rosenthal’s contributions to the study of human health, disease and regeneration,” Groffsky said. “This gift is a way to honor my personal connection to JAX’s mission and to ensure that JAX remains at the forefront of scientific discovery.”

Groffsky’s husband of 40 years, Winthrop (“Win”) Knowlton, served as chair of the Laboratory’s Board from 1991 to 1997. Her gift, committed through a contribution of art from her personal collection, is the 15th endowed chair to be established at JAX and marks an exciting milestone in JAX’s ongoing commitment to recruiting and retaining world-class faculty at the forefront of knowledge in their fields.

“Nadia is an exceptional scientist in the field of mammalian genetics,” said JAX President and CEO Lon Cardon, Ph.D., FMedSci. “JAX is committed to attracting outstanding scientists and supporting them at every stage of their careers, and I am grateful that this generous gift from Maxine enables us to recognize the scientific leader of our Bar Harbor campus and a brilliant, world-renowned researcher in mouse genetics.”

Rosenthal is a global leader in the use of targeted mutagenesis in mice to investigate mammalian development, disease and repair. Her research focuses on the role of growth factors, stem cells and the immune system in the resolution of tissue injury for applications to regenerative medicine. She has received numerous honorary awards, participates on international advisory boards and committees and is a lead editor for several medical journals. She is member of the European Molecular Biology Organization, a fellow of the UK Academy of Medical Sciences and the Australian Academy of Health and Medical Science and is a National Health and Medical Research Council Australia Fellow. She also holds a chair in Cardiovascular Science at Imperial College London.

She first met Groffsky and Knowlton during her studies at Harvard, where she tutored Knowlton in biotechnology. They have kept in touch ever since.

“I am honored to serve as the inaugural holder of The Maxine Groffsky Endowed Chair at JAX,” Rosenthal said. “Having been fortunate in Win and Maxine’s friendship for the past 30 years, this gift in support of my professional work at JAX is incredibly meaningful.”

Groffsky's distinguished career in publishing began in the editorial department at Random House, followed by eight years as Paris Editor of The Paris Review. When she returned to New York in 1974, she founded the Maxine Groffsky Literary Agency, representing a notable list of writers until she closed the Agency in 2009.

The Groffsky chair follows JAX’s September 2022 announcement of Associate Professor Jennifer Trowbridge, Ph.D., as the inaugural holder of JAX’s 14th endowed chair, The Dattels Family Chair, established by current Chair of the Board Tim Dattels and his family. To learn more, see our complete list of endowed chairs, visit www.jax.org/give or call 800-474-9880.