How does bone marrow affect our blood cells—and our health—as we age? 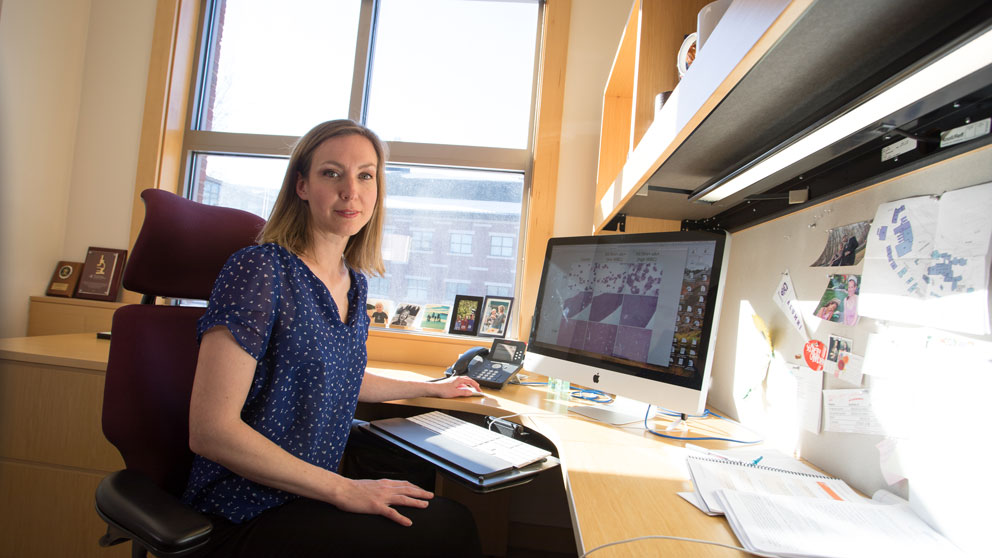 While aging is one of the most basic and consistent biological processes we know, the details surrounding exactly how and why we age remain surprisingly unclear.

The differences between the young and the old may seem painfully obvious at the surface, but they are the result of an entire spectrum of molecular processes and functions that change subtly over time. Now, step by step and armed with powerful new research tools, researchers are finding answers to many fundamental questions about how we grow old.

The science of aging is in our bones

An important aspect of aging is changes in the blood, including the production of immune cells. Research at The Jackson Laboratory (JAX) using human cohorts has previously shown important differences in immune cell composition and function between the youthful and the elderly, as well as between aging men and women. Now, a team led by JAX Associate Professor Jennifer Trowbridge, Ph.D.Researches regulation of stem cells in the blood in normal development, aging and leukemia transformation.Jennifer Trowbridge , Ph.D., is using research in mice to reveal the crucial molecular changes in aging bone marrow that may contribute to these differences.

Throughout our lifetimes, an essential cell type known as hematopoietic stem cells (HSCs) constantly replenish the various cells in the blood. These include oxygen-carrying red blood cells; megakaryocytes, which give rise to the platelets essential for clotting; innate immune cells such as basophils and neutrophils; and adaptive immune cells, including T and B cells. Prior research has shown that aging HSCs become biased toward a myeloid lineage, which favors innate immunity and is associated with increased inflammation. At the same time, fewer HSCs differentiate into a lymphoid lineage, which produces the adaptive immune cells that provide the most effective defense against infectious pathogens.

In “Decline in IGF1 in the Bone Marrow Microenvironment Initiates Hematopoietic Stem Cell Aging,” published in Cell Stem Cell, Trowbridge and colleagues delve further into the mechanisms underlying the changes. What they found is that hallmarks of HSC aging, including myeloid bias, emerge by mouse “middle age,” roughly nine to 12 months of age. They also confirmed that it’s the microenvironment of the middle-aged bone marrow itself, where HSCs are located and differentiate, that regulates the changes. Indeed, HSCs from young mice transplanted into middle-aged bone marrow rapidly transitioned to a myeloid bias, whereas HSCs from middle-aged mice reverted to higher B and T cell frequencies in young mouse bone marrow.

Within the bone marrow, the researchers identified lower levels of insulin-like growth factor-1 (IGF-1), a crucial growth factor that decreases with age, as the key factor in the aging microenvironment. In IGF-1 deficient mice, HSCs became myeloid biased even in young mice. And stimulating IGF-1 levels in middle-aged mice restored the myeloid-lymphoid differentiation balance and appeared to boost mitochondrial (metabolic) activity in middle-aged HSCs.

Interestingly, systemic IGF-1 reduction is associated with longevity, as high levels over time increase the risks of cancer and worsen cellular responses to stress. But IGF-1 enhances the function of certain tissue stem cells, such as HSCs, and local stimulation can improve the function and recuperative properties of many tissues, including brain, bone and muscles in aging people. Early, targeted IGF-1 treatments therefore offer a promising strategy to improve HSC function through middle age and extend human hematopoietic healthspan.