More than 98% of the genome doesn’t code for proteins, but recent findings show that many non-coding sequences play important roles in health and disease. A team including JAX Professor Derya Unutmaz investigated one such sequence, which has been associated with multiple autoimmune diseases, including IBD. They show that the sequence serves as an enhancer for the expression of a protein that plays a critical role in suppressing immune activation and preventing autoimmunity. 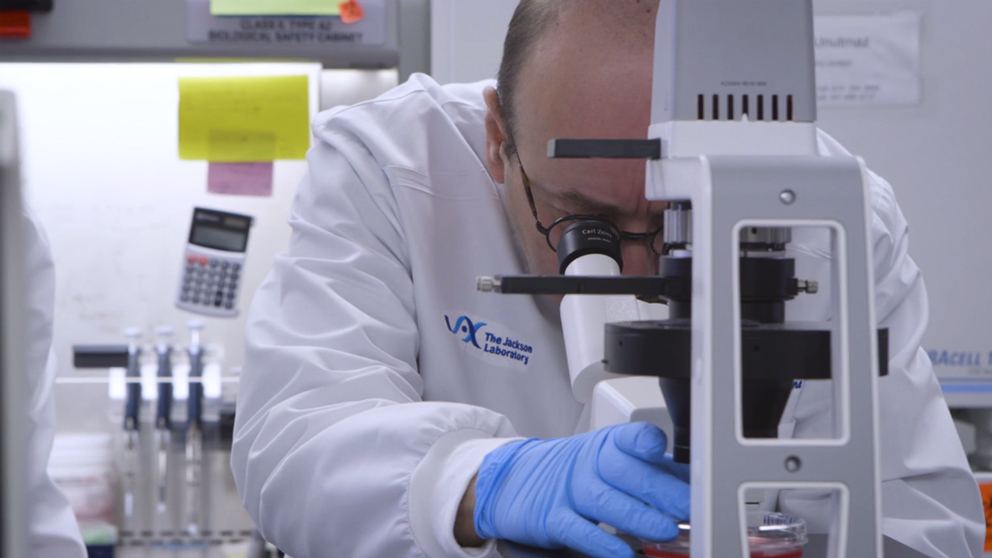 Human genomes contain more than three billion nucleotides, but less than two percent of them actually code for proteins. Initially, the other 98+ percent was considered “junk DNA.”

In time, new data emerged showing that a large majority of the genetic variants associated with complex diseases are in non-coding regions. Many non-coding regions are therefore very important in health and disease, but how do they contribute to a disease if they don’t change a protein sequence or affect its function?

To learn more about the mechanisms involved, a team of researchers led by Rahul Roychoudhuri, Ph.D., of the Babraham Institute (Cambridge UK), and including Derya Unutmaz, M.D.Researches the mechanisms of human T cell differentiation, activation and regulation in the contexts of normal immune response, diseases and aging.Derya Unutmaz, M.D., of The Jackson Laboratory (JAX), investigated a particular spot in the genome, at human chromosome 11q13.5 to be precise. Nucleotide variation there is significantly associated with susceptibility to autoimmune and allergic conditions, including inflammatory bowel disease (IBD), type 1 diabetes, asthma and more. The researchers identified a highly similar region in the mouse genome, providing the opportunity to study the molecular pathways underlying the increased risk for autoimmune disorders. In the article “The 11q13.5 immune disease risk locus contains a distal enhancer required for Treg-mediated suppression of gut inflammation,” published in Nature, they show that the region plays an important role in the system of immune checks and balances that guards against excessive immune activity.

Using CRISPR/Cas9-based genome editing methods, Roychoudhuri and the research team generated mice that lacked the non-coding region associated with autoimmune risk. The knockout mice were similar in physical traits and immune function to wild-type mice under normal conditions. But when challenged with dextran sulphate sodium (DSS), which is used to trigger gut inflammation and model colitis in mice, the knockout mice were affected at doses that didn’t trigger a significant response in wild-type mice. Investigating further, they found increased inflammatory signaling and greater frequencies of conventional T cells in the gut tissues of the knockout mice. There was no change in anti-inflammatory signaling or in regulatory T cell (Treg) populations, which suppress unwanted or excessive immune responses, however, showing that the normal balance between immune activity and inhibition had been lost.

Further inquiry showed that the Treg cells in knockout mice had a marked reduction in the expression of a gene, Lrrc32, that encodes a protein called GARP. Previous work by Unutmaz had revealed that when Treg cells are activated they express high levels of GARP on their surface, which in turn indicate increased immune suppressive function. Even though Lrrc32 and the non-coding risk region are not located near each other in the genome sequence, the finding suggested that the risk locus serves as an enhancer for Lrrc32 expression. Variations within the region can lead to lower levels of GARP and an impaired regulation of immune activity, increasing the risk for autoimmunity.

Finally, the researchers in the Unutmaz lab applied these findings from mice to human Treg cell analyses in vitro. They first developed a CRISPR technology that can turn on genes in primary human T cells. Using this technology, they then targeted the exact region of the risk variants in the genome and found that they could turn on GARP expression even in non-Treg cells. This result suggested that the far away enhancer region was able to reorient itself in three dimensions within the genome over the Lrrc32 gene locus. Finally, in experiments using human cells from healthy donors, some with risk variants at 11q13.5 and some without, the team found a significant reduction of GARP expression in Treg cells from subjects with risk variants versus those with non-risk-associated sequences. Together, these profound findings corroborated in vivo results from mice, showing the critical importance of this variant region as an enhancer in tuning GARP expression.

“It was almost a perfect complement between the mouse and human findings, which is quite remarkable,” says Unutmaz. “It shows the power of doing these experiments in both mice and humans, in vivo and in vitro, validating both sets of data.”

The results provide a detailed explanation of how non-coding variants can affect function and susceptibility to disease, and they also provide some intriguing possibilities for therapy targets.

“With autoimmune diseases, you don’t have just one variant that causes a disease,” says Unutmaz. “There’s one hit and another and another, and they combine with environmental factors to increase susceptibility to disease. But if we learn how these variants contribute to risk, maybe we can open a path to develop small molecule or even genetic therapies to address imbalances and prevent or treat these diseases.”

More information is available in the press release from the Babraham Institute.