Recombination is a vital process in sexual reproduction. It involves the exchange of DNA between parental chromosomes during meiosis, ensuring genetic variation between generations. It is known that there are recombination “hot spots,” at which recombination events are most frequent, but the mechanisms remain poorly understood. In a paper in Genes & Development, Chris Baker led a team that shows two proteins, PRDM9 and HELLS, form a complex that binds to hot spots and opens the site to the DNA breakage and repair needed for recombination. As “pioneer factors” in the process, both proteins are needed for successful meiosis and fertility. 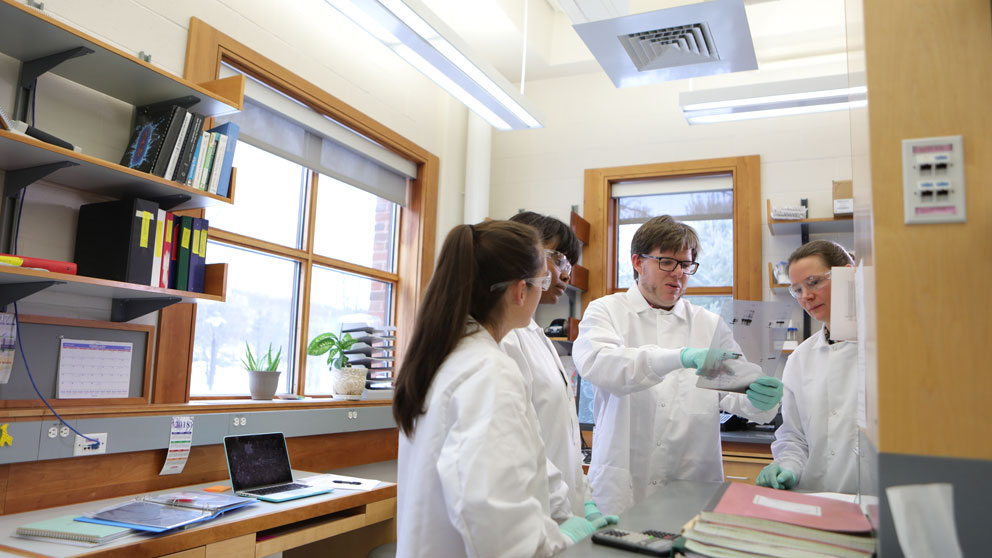 Most graphics depict DNA as a double helix stretched out straight, like a rope. The reality is that it’s packed incredibly tightly within cell nuclei, wrapped around proteins and coiled tight to make structures called nucleosomes, which are the basic unit of what is known as chromatin.

Chromatin physically blocks DNA, so processes such as transcription, in which DNA serves as a template for mRNA and, ultimately, protein production, depend on making certain regions accessible. Opening chromatin is thus a crucial step in regulating gene expression and other processes.

One such process is recombination, an essential part of meiosis—specialized cell division that divides the number of chromosomes in half during the production of eggs and sperm—and sexual reproduction. Recombination results in the exchange of DNA between parental chromosomes, shuffling gene variants between generations. Recombination is localized to specific DNA locations, known as recombination hot spots, and dysfunction of the process can lead to sterility. Previous work by Ken Paigen at The Jackson Laboratory (JAX) identified that PRDM9, a DNA binding protein, was responsible for the location of hotspots. Furthermore, small naturally occurring differences in Prdm9 alleles—the individual copies of each gene—provide affinity for binding at different sites, dictating the location of hot spots that may vary from individual to individual.

It has been shown that a particular enzyme, SPO11, actually breaks the DNA in the exchange process, but exactly how it gains access to DNA at particular hot spots has been poorly understood. In “HELLS and PRDM9 form a pioneer complex to open chromatin at meiotic recombination hot spots,” published in Genes & Development, a JAX team led by Christopher L. Baker, Ph.D.Conducting research to determine how natural genetic variation influences chromatin biology, and, ultimately, phenotypic diversity. Assistant Professor Christopher Baker, Ph.D., show the process through which chromatin is opened at hot spots to provide access for the necessary molecular machinery. Baker and colleagues have now shown that PRDM9 functions as a “pioneer” factor in recombination, binding DNA within nucleosomes and beginning to remodel the chromatin to increase accessibility for other proteins, including SPO11-directed breaks.

So what other factors may be involved in opening chromatin for recombination at these specific DNA locations? Baker and his team further found that in male mice lacking a chromatin remodeling protein, HELLS, DNA breaks occur at other, non-hot spot sites, leading to germ cell death and sterility. Systemic loss of HELLS results in prenatal lethality, so the researchers worked with a system that provided conditional loss of function and used it to confirm HELLS is required for meiotic progression. Further investigation showed that HELLS localizes to hot spots through interaction with PRDM9, forming a pioneer complex that opens chromatin at the locations bound by PRDM9.

The results presented indicate that the HELLS-PRDM9 permits the correct placement and repair of DNA breaks at recombination hot spots, leading to successful meiosis and fertility. Further research will be required to further characterize many of the recombination mechanisms involved, but the work represents a significant step forward. A companion commentary, “Pioneering meiotic recombination,” concludes “…this study broadens the conceptual scope of pioneer factors, indicating their functional significance in biology processes beyond transcriptional regulation.”