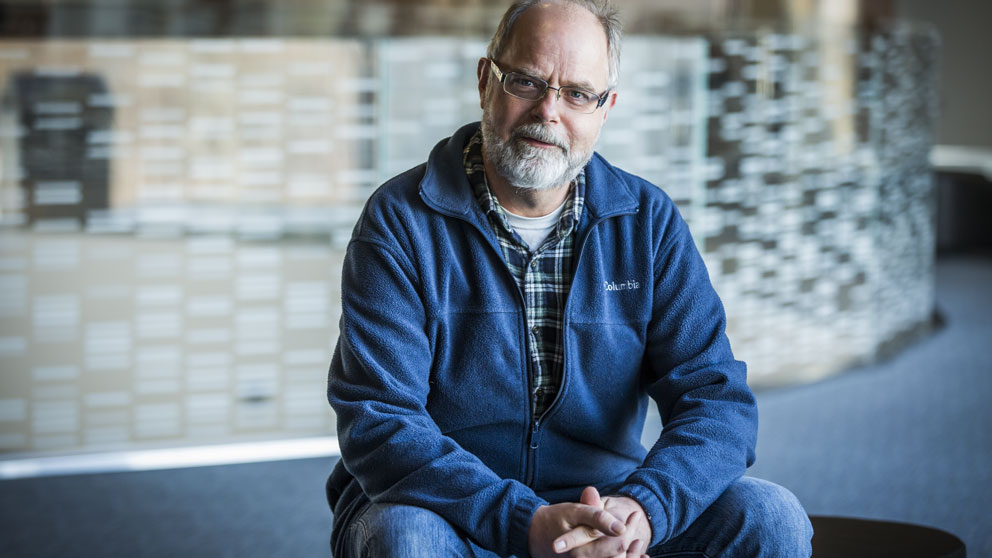 Alzheimer’s disease and related dementias are not only deadly, but also take a terrible toll in healthcare costs and the quality of life of patients and their families. No treatment is yet available to prevent or treat the disease.

A recent expert review in the Nature journal Molecular Psychiatry noted, “While still in their relative infancy, these developing iPSC-based technologies hold considerable promise to push forward efforts to combat Alzheimer’s disease and other neurodegenerative disorders.”

The National Institutes of Health have contracted with a Jackson Laboratory (JAX) team led by Bill Skarnes, Ph.D.Bill's laboratory is currently exploiting new genome-editing technology to study gene function and to model disease in human stem cells.Bill Skarnes, professor and director of cellular engineering, to generate a collection of engineered iPSC brain cell lines for the National Institute on Aging (NIA).

“CRISPR-Cas9 technology permits the fluent engineering of disease alleles in human iPS cells at scale,” Skarnes says. “We are delighted to be part of this ground-breaking NIH-funded effort to establish a community resource of human disease models of neurodegenerative disease.

By engineering disease-causing mutations in a set of well-characterized, genetically diverse iPS cells, the project is designed to ensure reproducibility of data across laboratories and to explore the effect of natural variation in dementia.”

Under the five-year contract, totaling $6,949,000, the team will use  What is CRISPR?CRISPR stands for Clustered Regularly Interspaced Short Palindromic Repeats.CRISPR/Cas9 gene editing technology to introduce a single-nucleotide variant (SNV) of a dementia-related gene into each of the iPSC lines. The lines will be made available to the Alzheimer’s research community.

“We envision that this collection of lines, representing the majority of disease-causing variants associated with inherited Alzheimer’s disease and related dementia, will be of wide use to the scientific community,” says Cookson, a cell biologist who studies the underlying pathways that lead to Parkinson's disease and related disorders. “We have worked to make sure we can share what will be high quality lines widely without restriction. Using this open-science thinking, we aim to reduce duplication and accelerate discovery in this area.”

“Neurodegenerative diseases affect millions of people worldwide,” says Skarnes, “and as the population ages, that number will continue to grow. There’s a critical need for new and better treatment and preventive strategies to help patients with Alzheimer’s, Parkinson’s and other diseases.”

Skarnes and the Cellular Engineering laboratory at JAX Genomic Medicine in Farmington, Conn., recently established improved techniques for introducing SNVs in human iPSCs via CRISPR/Cas9. Ward was on a research team that achieved the first successful merger of stem cell-derived cell types and CRISPR screening technologies.