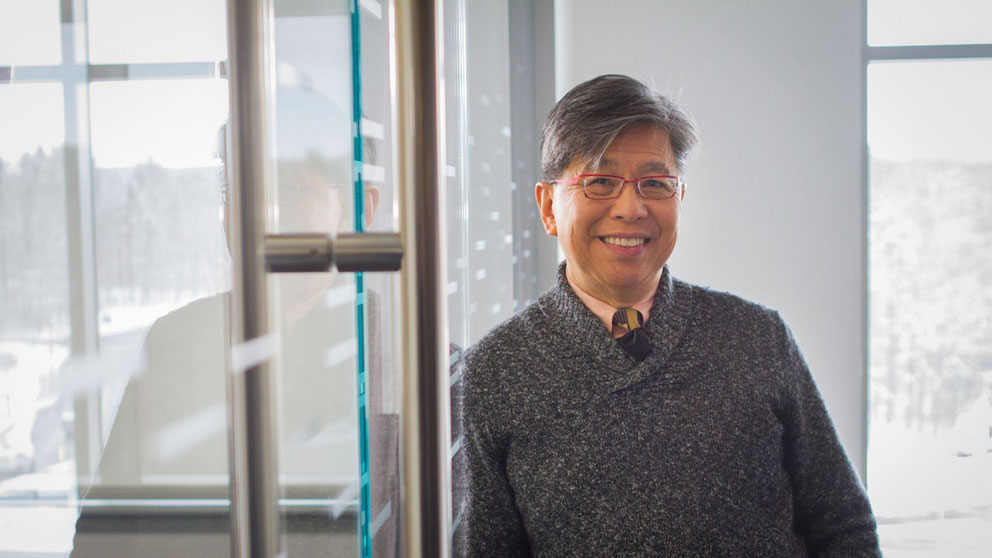 The members of the American Association for Cancer Research (AACR) have elected Jackson Laboratory President and CEO  Edison Liu, M.D.Conducts research focused on the functional genomics of breast cancer through an exploration of the entire genomic space.Edison T. Liu, M.D. to serve on the AACR Board of Directors for the 2018-2021 term.

Recognized as one of the most esteemed scientists in the world of cancer research, Liu, and the four others elected as new directors, will begin his term at the AACR Annual Meeting, which will be held in Chicago from April 14-18, 2018.

The field of cancer research has never been more exciting or more hopeful.

“The field of cancer research has never been more exciting or more hopeful, and it is an honor to serve the AACR in this capacity,” said Liu.  “Through my experience in institutional scientific leadership on different continents and in advising governments of different countries, I know how important proper science management is to the health of the research enterprise.  And I’m thrilled to help AACR foster discussions of the best practices in science management in order to advance cancer cures, and also expand AACR’s influence globally.”

The Liu LabResearching the fundamental genomics of breast cancer.Liu's own research focuses on the functional genomics of human cancers – particularly breast cancer, uncovering new oncogenes, and deciphering on a genomic scale the dynamics of gene regulation that modulate cancer biology.

Prior to The Jackson Laboratory, Liu was the founding executive director of the Genome Institute of Singapore, and served as president of the Human Genome Organization International (HUGO). Previously, Liu was the scientific director of the National Cancer Institute's Division of Clinical Sciences, where he led the intramural clinical translational science programs. As a faculty member at the University of North Carolina at Chapel Hill, Liu was the director of the UNC Lineberger Comprehensive Cancer Center's Specialized Program of Research Excellence in Breast Cancer; the director of the Laboratory of Molecular Epidemiology at UNC's School of Public Health; and Chief of Medical Genetics. He has been elected as member of the American Society of Clinical Investigations, Foreign Associate Member of the European Molecular Biology Organization (EMBO), and Fellow of the American Association for the Advancement of Science (AAAS).

He obtained his B.S. in chemistry and psychology, as well as his M.D., at Stanford University, and served his internship and residency at Washington University's Barnes Hospital in St. Louis, followed by an oncology fellowship at Stanford.

About the American Association for Cancer Research

Founded in 1907, the American Association for Cancer Research (AACR) is the world’s first and largest professional organization dedicated to advancing cancer research and its mission to prevent and cure cancer. AACR membership includes more than 40,000 laboratory, translational, and clinical researchers; population scientists; other health care professionals; and patient advocates residing in 120 countries. The AACR marshals the full spectrum of expertise of the cancer community to accelerate progress in the prevention, biology, diagnosis, and treatment of cancer by annually convening more than 30 conferences and educational workshops, the largest of which is the AACR Annual Meeting with more than 21,900 attendees. In addition, the AACR publishes eight prestigious, peer-reviewed scientific journals and a magazine for cancer survivors, patients, and their caregivers. The AACR funds meritorious research directly as well as in cooperation with numerous cancer organizations. As the Scientific Partner of Stand Up To Cancer, the AACR provides expert peer review, grants administration, and scientific oversight of team science and individual investigator grants in cancer research that have the potential for near-term patient benefit. The AACR actively communicates with legislators and other policymakers about the value of cancer research and related biomedical science in saving lives from cancer. For more information about the AACR, visit www.AACR.org.