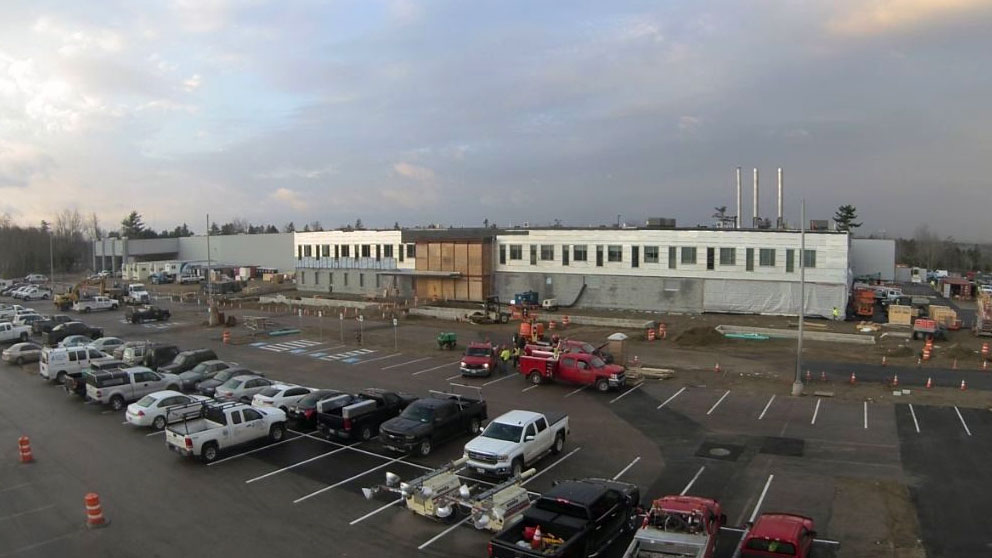 As the world leader in research mouse production, The Jackson Laboratory’s Ellsworth vivarium will significantly expand production capacity and help address the high demand for top quality JAX® Mice.  Annually, scientists in nearly 25,000 laboratories in up to 60 countries around the globe use JAX® Mice to conduct research, identify treatments, and seek cures for human diseases.  In the next five-ten years, the vivarium is expected to create 350 full-time, high-quality jobs in Ellsworth and 120 jobs in Bar Harbor.

The grant expands upon the partnership Maine Technology Institute established with JAX in 2015, when a $1.74 million Maine Technology Asset Fund grant launched the pilot phase of the project, which confirmed the feasibility of the innovative new facility.

“We’re grateful for MTI’s belief in the importance of our work and their recognition of the significant impact the Laboratory has on Maine’s economy,” said JAX Chief Operating Officer & EVP Charles Hewett, Ph.D. “The automated systems we’re implementing will significantly increase production safety and efficiency, and enhance product quality. Our new Ellsworth facility is an important step in advancing The Jackson Laboratory’s position as a global leader in research mouse production.”

JAX committed $75 million to Phase I of the three-phase project, and will match the $12.5 million grant from MTAF with an additional $47.5 million.  Phase II of the project outfits the second of four sections of the facility with newly developed material processing, material conveyance, and animal racking and caging equipment.

“This Maine Technology Asset Fund award recognizes the enormous economic impact that the JAX project will have in the Downeast Region of Maine,” said Brian Whitney, MTI’s President. “It will have the largest direct employment impact of the proposals that MTI received and, more importantly, the Laboratory’s direct and indirect influence on helping to solve humankind’s most confounding health problems makes the investment even more compelling.”

In addition to the Ellsworth project, JAX also has construction projects under way on its Bar Harbor campus, including the Center for Biometric Analysis (CBA), which will equip scientists with essential, cutting-edge tools for detecting and measuring extremely subtle signs of disease at the cellular level in specialized mice. The CBA is expected to be ready for research occupancy in September 2018. 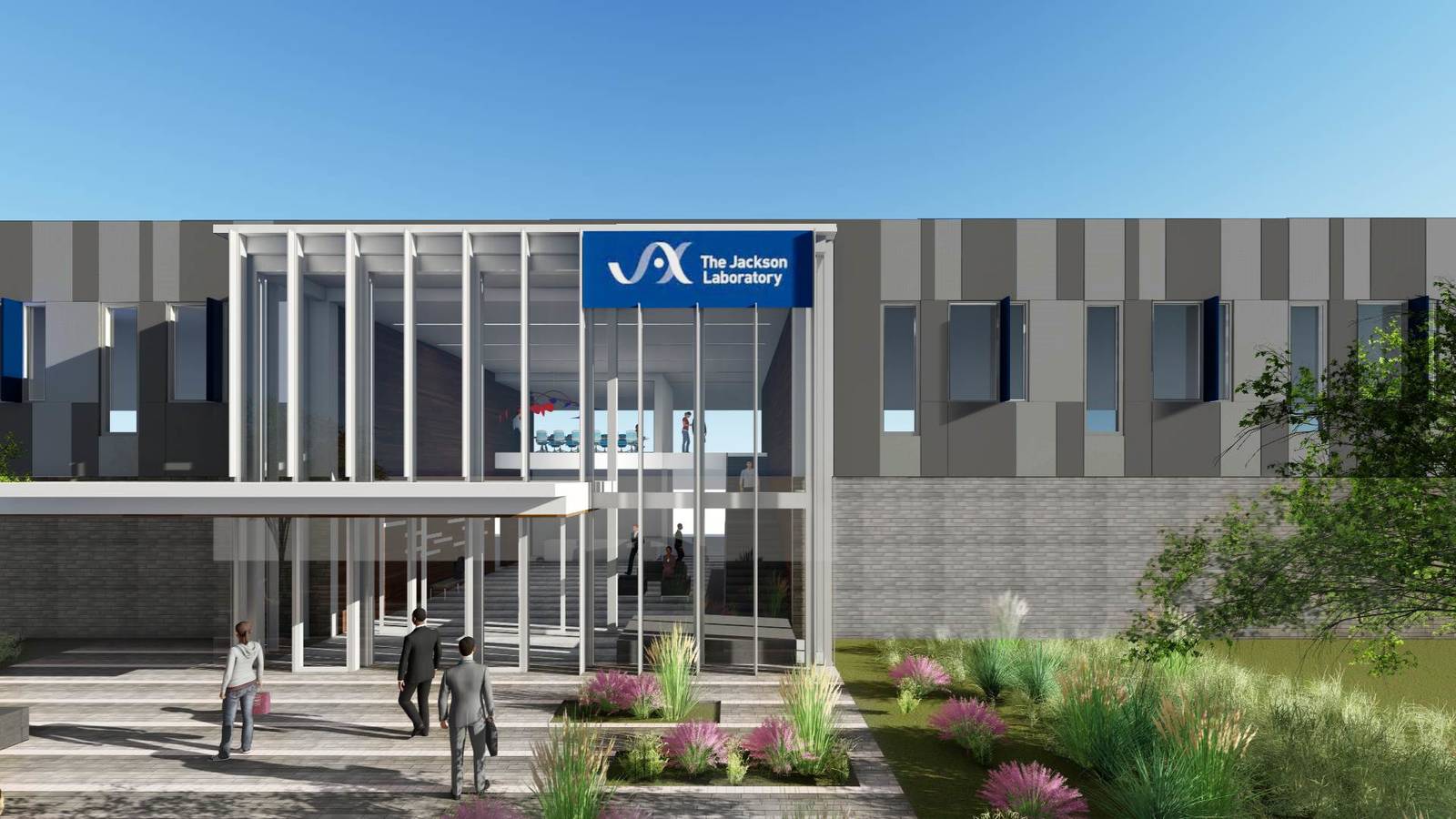 Conceptual rendering of the future JAX facility in Ellsworth, Maine. 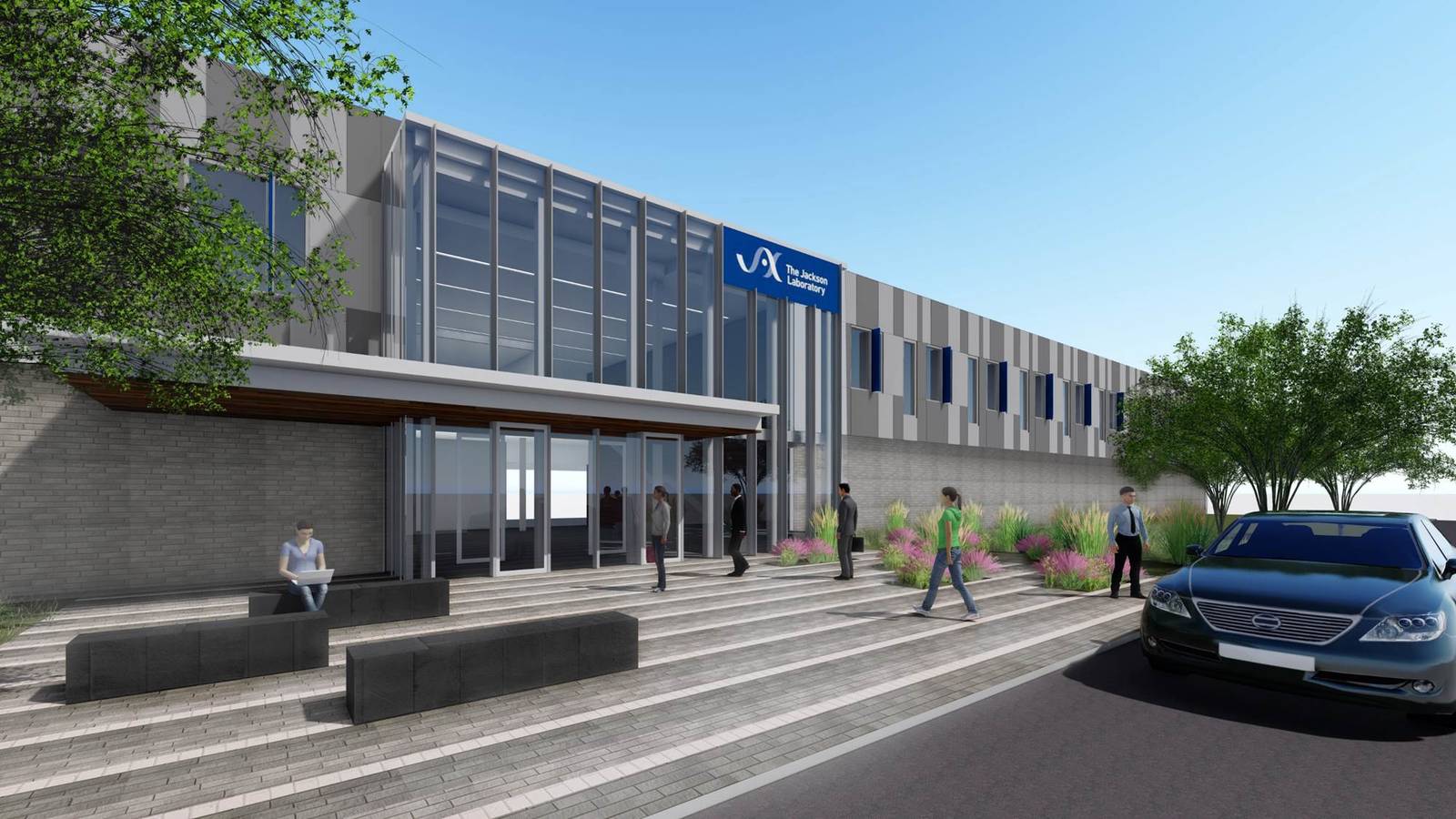 Conceptual rendering of the exterior of the future JAX facility in Ellsworth, Maine. 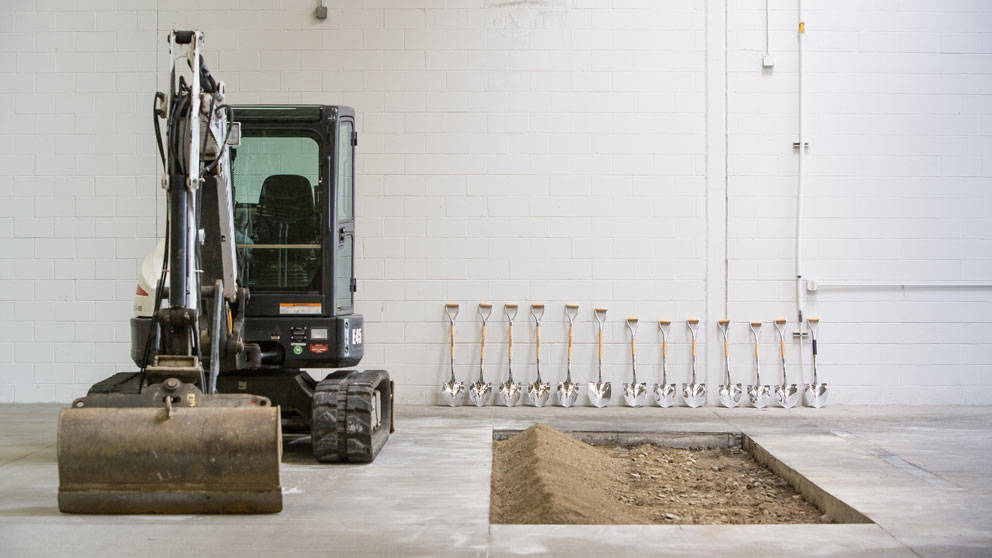 Shovels waiting to make their mark on JAX and Ellsworth history. 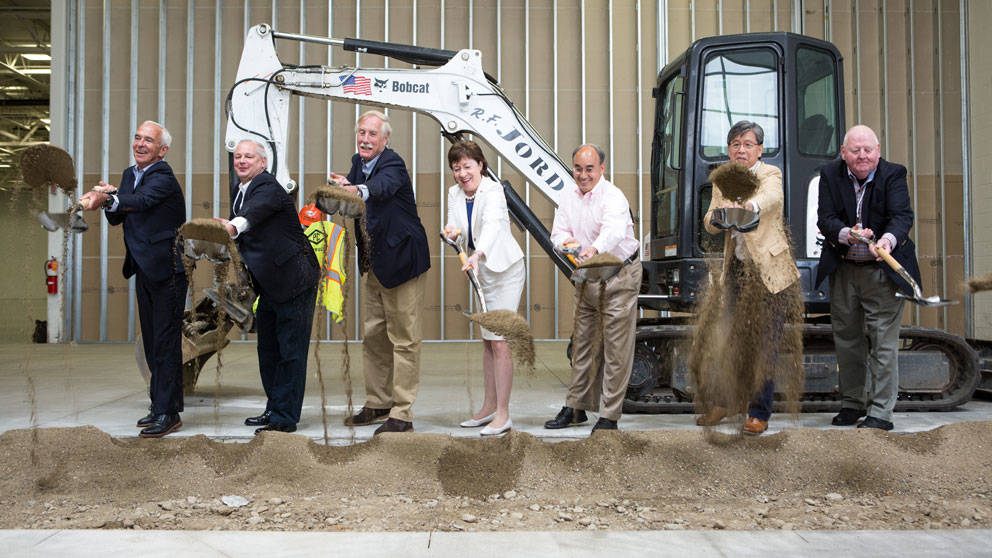 U.S. Senators Susan Collins and Angus King, Congressman Bruce Poliquin, LePage administration Senior Policy Advisor John Butera and Ellsworth Mayor Robert Crosthwaite were on hand to launch the new facility, which is the first step in the Laboratory’s long-range plan to gradually migrate mouse production (as opposed to the research strains used by internal investigators) from Bar Harbor to Ellsworth.