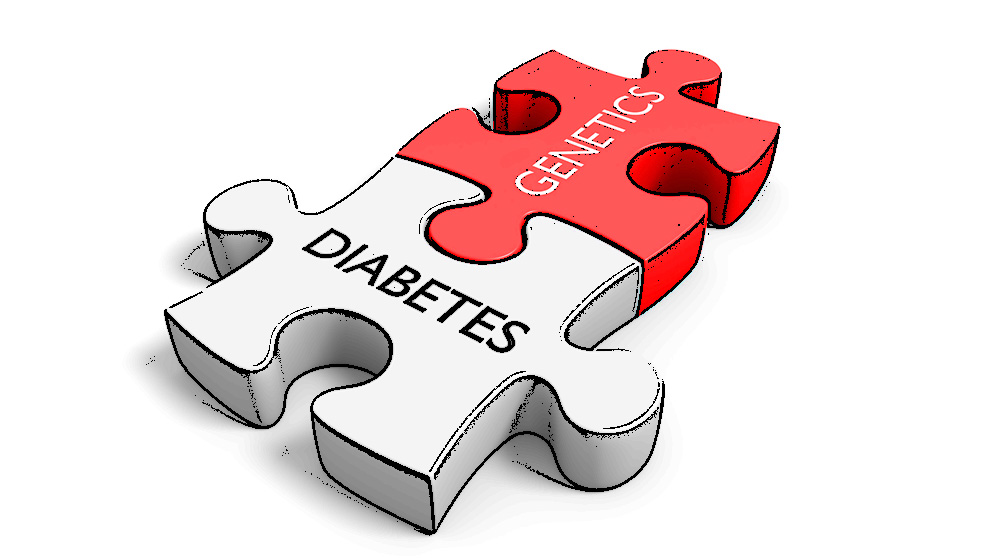 About 30 million Americans have type 2 diabetes, but one in four of them is unaware of it. Another 84 million have prediabetes, but nine out of 10 of them don’t know it.

And what they don’t know can hurt them. The risk of death for people with type 2 diabetes is twice as high as for those without the disease. They are at a higher risk of serious health complications including blindness, kidney failure, heart disease, stroke and loss of toes, feet or legs.

In type 2 diabetes, the body loses the ability to use insulin as well as it should, or the pancreas can’t produce enough insulin, which is supposed to transport glucose into cells. This leads to dangerously high levels of glucose in the blood.

It’s no coincidence that type 2 diabetes incidence has risen in step with the aging and obesity of the U.S. population: The major risk factors include being overweight, physically inactive and over the age of 45.

Family history is another risk factor, but finding genetic targets for type 2 diabetes to develop effective and safe treatments has been challenging.

Michael Stitzel, Ph.D.(De)coding the regulatory landscape of human pancreatic islets and other metabolic cell types health and diabetesMichael Stitzel, Ph.D. , a Jackson Laboratory assistant professor, is the senior author of a paper in the American Journal of Human Genetics identifying new genetic clues to type 2 diabetes mechanisms. “We have linked DNA sequence changes associated with type 2 diabetes and islet dysfunction to a pathway modulating islet function and stress responses,” Stitzel says, “and we’ve identified two genes that could be new therapeutic targets.”

Zeroing in on diabetesTarget acquired. Using specialized mouse models and the latest technology, JAX scientists are working to curb one of the most common chronic diseases affecting people worldwide. diabetes-research

The research team, which included National Institutes of Health Director Francis Collins, M.D., Ph.D., and Markku Laakso, M.D., Ph.D., of Eastern Finland and Kuopio University Hospital in Kuopio, Finland, looked at the levels of proinsulin — a building block of insulin — in 8,635 non-diabetic Finnish men, participants in a population-based study of metabolic syndrome in men. The men’s average age was 57, and their blood glucose levels and body mass index were within normal ranges.

They focused on a region of human chromosome 15 (15q22.2) that has been associated with islet dysfunction and type 2 diabetes risk. Using genetic fine-mapping they found a cluster of 16 variants of the genetic location that appear to contribute to those abnormalities.

The most strongly associated variant, they found, was rs7163757. Using functional genomic and epigenomic approaches, they linked the diabetes-associated DNA sequence variant to altered function of a molecular switch and faulty expression of the C2CD4B gene in human islets. The rs7163757 risk allele may also cause defective expression of a second gene, C2CD4A. Both genes are activated in islets by stressors such as inflammatory cytokines and saturated fatty acids.

Their findings point to a possible role for C2CD4B, and possibly C2CD4A, as therapeutic targets to prevent and treat type 2 diabetes.

The study’s design reflects Stitzel’s innovative, multifaceted approach to diabetes research. “We were very surprised to see that this non-coding, regulatory region of the genome shared a similar epigenetic signature as those near other genes that are critical to islet cell identity and function,” Stitzel says. “This signature strongly suggests to us that this region and these genes with unknown functions are doing something really important in islet beta cells.”

Stitzel’s lab is seeking new ways to prevent and reverse the decline in pancreatic islet function and to boost islet cell health and resilience. He is a recent recipient of a prestigious early-career  Looking beyond beta cells for the causes of type 2 diabetesJackson Laboratory scientist conducts large-scale survey of cells from prediabetic, diabetic and normal patients to discover new treatments.Pathway to Stop Diabetes Accelerator Award from the American Diabetes Association to study molecular changes in several islet cell types, not just the insulin-producing beta cells.