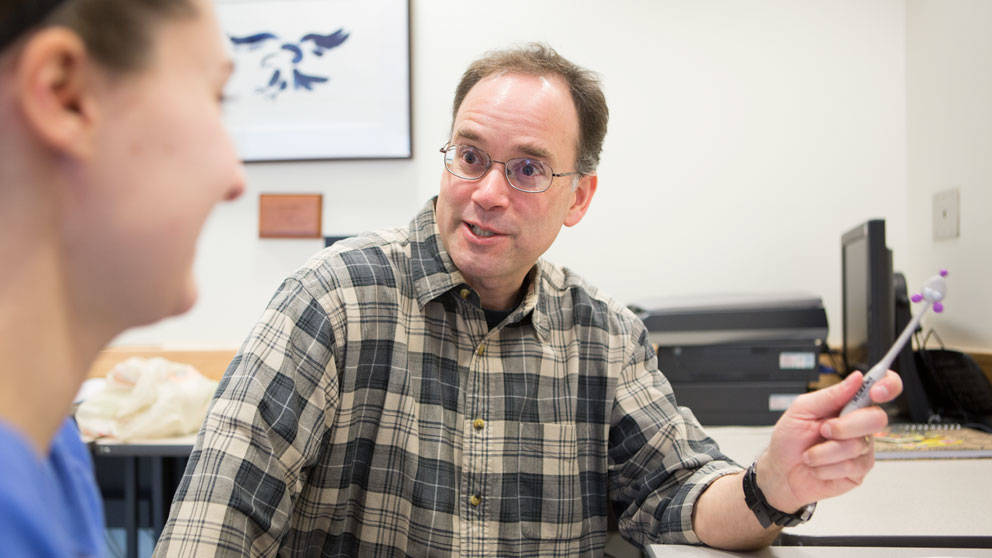 A combination of specific genetic mutations in Charcot-Marie-Tooth (CMT) disease that worsens peripheral nerve damage could be a helpful biomarker for predicting the severity of a given case of CMT, a Jackson Laboratory research team reports.

Hereditary neuropathies are neurological disorders that cause damage to the peripheral nerves, the bundles of nerve cell fibers that connect the brain and spinal cord to muscles and sensory organs. The disease known as CMT is actually a category of inherited neuropathies, involving more than 80 different genetic mutations with varying impact on the severity of symptoms, which include sensory deficits and muscle atrophy.

These mutations, while innocuous on their own, can synergize with CMT-associated mutations to cause much more severe disease.

Peripheral nodes are gaps in the myelin sheaths that cover axons, long projections of nerve cells. These exposed gaps are highly active interchanges, with sodium channels where ions get exchanged to activate nerves. The research team, led by JAX Professor Robert Burgess, Ph.D., looked at peripheral nodes known as the nodes of Ranvier in mouse models of CMT.

Either of two mutations impacting Scn8a — a sodium channel that is vital to the proper conduction of nerve impulses at the nodes of Ranvier — caused decreased sodium currents that led to severe neurological problems in the CMT mice, Burgess says. “These mutations, while innocuous on their own, can synergize with CMT-associated mutations to cause much more severe disease.”

In addition to conducting CMT research, Burgess is a principal investigator of the JAX Resource for Research of Peripheral Neuropathy to accelerate the creation, distribution and use of high-priority mouse models for CMT research.

Webinar: Light Up Your Research: Use and Selection of Optogenetic Mouse Models