Does a 'western diet' increase risk of Alzheimer's disease? 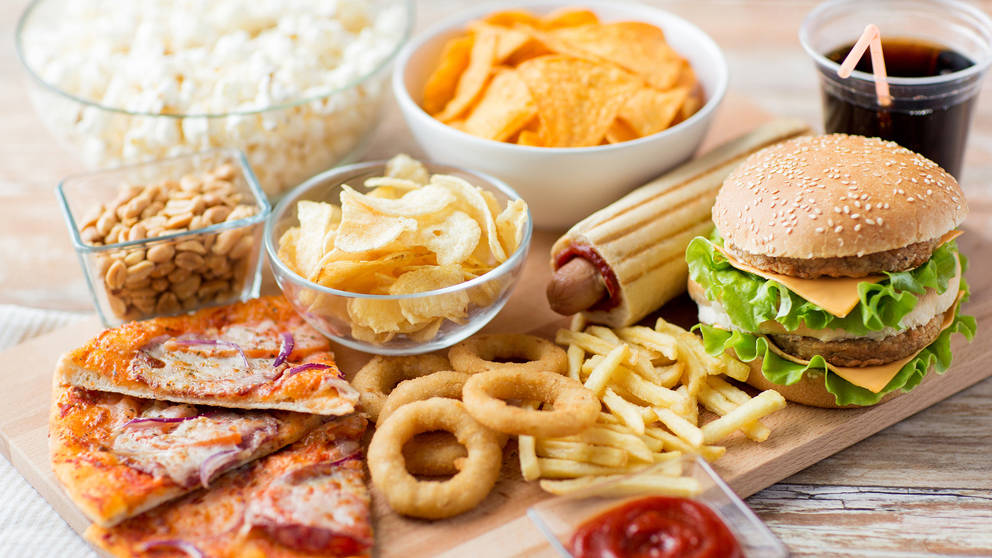 Recent research has established associations between certain environmental factors, including eating a western diet and being sedentary, with an increased susceptibility to Alzheimer’s disease. In fact, it is estimated that a combination of diet and inactivity contributes to as many as 25% of Alzheimer’s cases. Nonetheless, little is known about the exact disease mechanisms and how or why this increasingly common middle-age lifestyle can play such a big role in subsequent cognitive function.

In a paper published online in Nature Scientific Reports, researchers led by Tufts University/The Jackson Laboratory (JAX) Ph.D. student Leah Graham and JAX Assistant Professor Gareth Howell, Ph.D., took a closer look at connections between diet and Alzheimer’s disease susceptibility. They used a “western diet” chow for mice developed by HHMI Professor Simon John, Ph.D., and members of his lab, that combines high amounts of animal products, fat and sugars with low plant-based content and nutrient density. Previous studies had focused on specific components of the western diet, but it may be that the combination is important. Graham et al fed the chow to healthy mice of a commonly used inbred strain (C57BL/6J) and to mice that model some aspects of Alzheimer’s disease (APP/PS1) for eight months (from two to 10 months of age, about the equivalent of late adolescence to early middle age in humans).

What the researchers found was that prolonged consumption of the western diet chow led to a dramatic increase in immune response activity in the brains of all mice, including those that don’t model Alzheimer’s disease. The diet greatly increased the activity of microglia, which function as the brain’s immune cells, and monocytes, circulating white blood cells that may cross into the brain in response to immune signaling. Some components of the western diet have been associated with the development of peripheral inflammation over time, and the study’s findings strengthen the possibility that immune activity in the brain increases Alzheimer’s disease susceptibility.

All mice also had a significant increase of microglia/monocytes that express TREM2, a key immune regulatory protein. TREM2 has been strongly linked with susceptibility to Alzheimer’s disease and other age-related neurodegenerative diseases, but this is the first study to show an increase in TREM2+ cells in response to prolonged consumption of a western diet. Further, there was a strong correlation between increased TREM2+ cell numbers and increased beta-amyloid plaque burden in the brains of the mice, indicating that targeting TREM2 may be beneficial for patients with diet-induced cognitive decline.