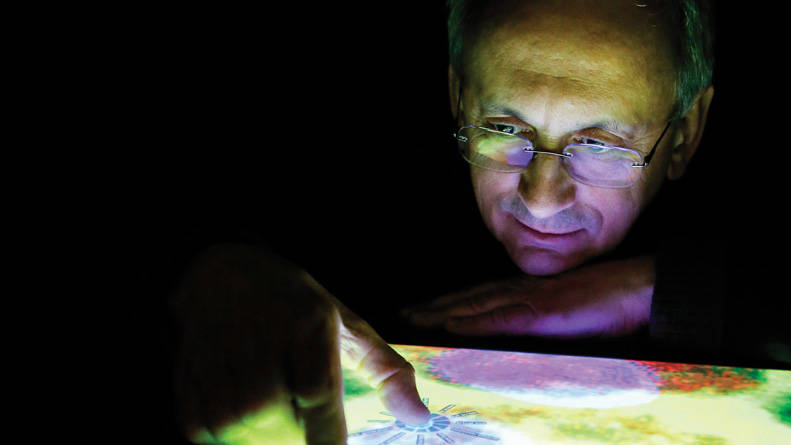 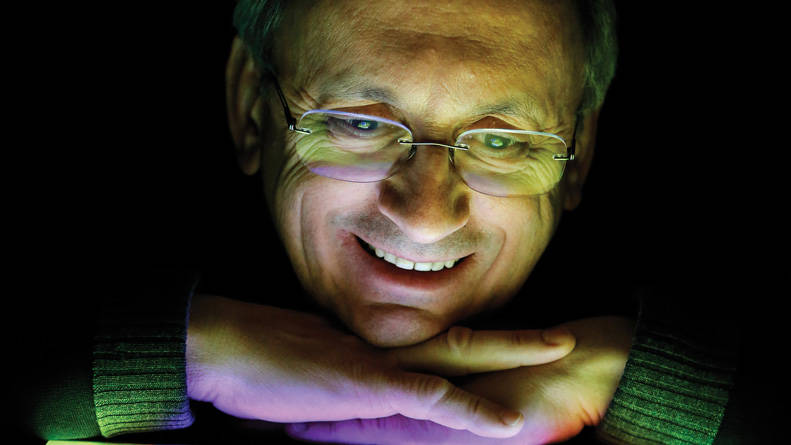 Jacques Banchereau views dendritic cells, which function as intermediaries in the immune system, directing the response to external materials and pathogens. 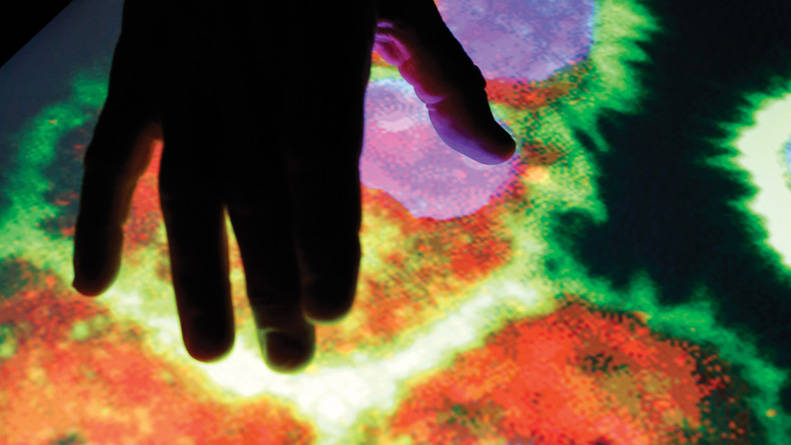 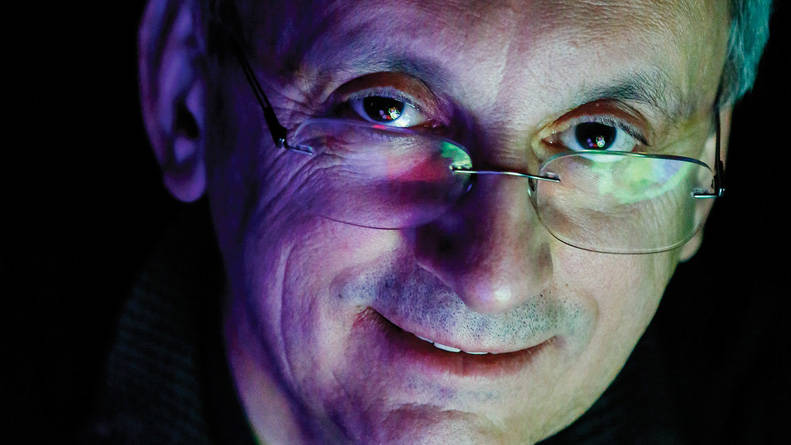 It's a bold statement from someone working at a genetics laboratory, but Jacques Banchereau, Ph.D., is bold as well as confident. He has spent his career pushing the envelope with his research, always seeking to translate discoveries to clinical progress.

Banchereau comes to JAX after a stint at Roche Pharmaceuticals, and he knows the research landscape from both academic and corporate perspectives. "Jacques Banchereau is a distinguished and world-renowned immunologist," says Jackson Laboratory President and CEO Edison Liu, M.D. "We look forward to the exciting opportunities for partnerships between JAX campuses and other institutes afforded to us by his extensive network of colleagues. He is a tremendous addition to our faculty."

Banchereau sees unprecedented opportunities here, built upon the Laboratory's formidable history and its current core of highly accomplished immunology researchers. He envisions the program as a triangle that will provide the potential to understand diseases better than ever before.

"At one corner you have human patients with disease and samples from those patients," says Banchereau. "Then you have research expertise and technology to work with the samples and data. Finally, you have the mice, which are the best models for human disease and allow discovery that you can take back to the patients. JAX has a unique situation, which completes the triangle with the absolute best personnel, experimental models and resources available. It is a winning combination."

Banchereau's use of a geometric figure to capture how the pieces fit together at JAX is fitting. As a child growing up in the French town of Angers, he first became interested in science via mineralogy when he was only 8 or 9 years old. He was, and still is, "absolutely mesmerized" by crystals, and he still collects them as well as fossils five decades later.

Angers (prounounced Ahn-zhay) is in the middle of the Loire Valley, a region renowned for its wine. Banchereau retains his love of French culture, including good food and wine, but his early career path brought him to the United States, if only temporarily. While training in clinical pathology, he traveled to New York City to perform research in a laboratory at Columbia University's College of Physicians and Surgeons. It was only for a year, but it had a major impact on his moving forward.

"I learned good English and ‘learned' New York City," says Banchereau. "Most of all, I confirmed that I really wanted to do research. I looked at clinical pathology as a good fallback position though."

Banchereau's tenure in that "fallback" career lasted exactly one day in October 1981. The very same day he started a professorship in clinical pathology in Paris, he quit in order to accept an offer to join a startup institution funded by the pharmaceutical company Schering Plough.

The startup had a very specific goal: work with human cytokines, the cell-signaling proteins vital to immunological function. The chain reaction that leads to immune response—antibody production, macrophage (killer cell) activation, and so on—has many components, and the roles of cytokines were only beginning to be discovered.

In the early 1980s, cytokines were not only an exciting research area, but knowledge of them was quite new. Banchereau, who had done his dissertation research on lymphokines (a particular class of cytokine), jumped at the chance to continue working with them when he received the offer. Through corporate shifts and mergers, he soon found himself directing the new institute near Lyon, advised by two Nobel laureates (Paul Berg and Arthur Kornberg) and other high-level scientists and administrators. The excitement still echoes in Banchereau's voice 30 years later.

"It was an extraordinary adventure," he says. "A really, really exciting and exceptional time. The work was divided between California and France, working with both mouse models and human immunology. We discovered many exciting things, including human IL (interleukin) 4, 5, 10 and 13. My lab cloned and characterized human IL-17. It was the heyday of biotech."

The work evolved over the years, however, and after a decade Banchereau's priorities began to diverge from those of his company. Desire to take his research closer to patient interaction and benefit drew him back to academia, this time launching another startup institution for the Baylor Healthcare System based in Dallas. While the move away from industry may not have been surprising to his friends and colleagues, the geographical destination certainly was.

"Many people in France had this idea about Texas, that it's awful, full of burning oil wells," says Banchereau with a chuckle. "Fortunately I'd had the privilege of doing a two-month sabbatical at the University of Texas Southwestern in Dallas, so I knew the reality was totally different. In those days Baylor had a vision to create a program in human immunology that was a bit ahead of its time and recruited me to lead it."

What started as a chair and an office grew steadily to a well-funded institution employing 125 people when Banchereau left in 2010. One of his significant achievements while at Baylor was a study of children with systemic onset juvenile arthritis, done with collaborator Virginia Pascual, Ph.D. Genomics studies revealed that the disease might be caused by interleukin 1 (IL-1), and Pascual used an approved but rarely used drug—an IL-1 receptor antagonist—to treat two patients resistant to every previous therapy. Within two days their chronic fevers disappeared, and within weeks that arthritis subsided. There is now an IL-1 antibody therapy approved, and about 70 percent of patients have a nearly complete response for a disease that less than 10 years ago had no effective treatment.

Banchereau has a broad view of the work to be done at JAX. "Yes, we want to study cancer immunology, but we also have priorities for autoimmunity and inflammation, infectious disease, the importance of the microbiome in the development of diseases and more. We have a lot of collaborators excited to work together, and we want to leverage our strengths and use mouse models to precisely reproduce human disease and immune response."

Of course, JAX has a long and illustrious history of immunology research. George Snell won the Nobel Prize for his work on the major histocompatibility complex, a key component of the immune response to foreign substances. And JAX's current immunology program includes award-winning research into type 1 diabetes and lupus.

In addition, immunologist and JAX Professor Leonard Shultz, Ph.D., developed the NSG mouse that provides the cornerstone for much of the upcoming mouse modeling work in cancer and infectious diseases. Shultz is particularly intrigued by the potential for tumor immunology research as the program evolves.

"At JAX we have a unique resource, these mice and the knowledge of how to use them," says Shultz. "Moving forward, we'll need to focus on specific disciplines like cancer immunotherapy and integrating the new principal investigators into the group."

The recent recruitment of JAX Professor Karolina Palucka, Ph.D., from Baylor immediately strengthens the cancer immunology effort, an area that is sure to grow. She and Banchereau previously developed a dendritic cell-based vaccine to treat patients with metastatic melanoma and HIV. Some patients have seen spectacular remission of the melanoma, but in Banchereau's words, "not enough yet." He plans to continue studies to improve the clinical vaccine outcomes by combining them with selected anti-cancer agents.

"I'm very excited to work with colleagues who bring an array of expertise to bear, and to have everyone working together," says Banchereau. "JAX has a winning combination that will allow us to pursue answers to the big questions in immunology. It's a perfect storm in the right sense."

Even scratching the surface of cytokine biology is daunting. For example, an exciting research area right now involves the interleukin 17 family of cytokines and their corresponding receptors. They are known to play a key regulatory role in host defense (immune response to external infectious microbes) and inflammatory disease processes, but important details of their function remain unclear. What is known is that IL-17s alone constitute an elaborate and nuanced system of signaling and response. According to a review published last year in the Nature journal Emerging Microbes & Infections:

“Functional receptors for IL-17 family cytokines often exist in the form of heterodimers, with IL-17RA as a common subunit. For example, the receptor complex consisting of IL-17RA and IL-17RC recognizes IL-17A and IL-17F, whereas IL-17RA pairs with IL-17RB, followed by binding to IL-25.”

Got that? What's more, IL-17 is only one of many families of cytokines, and the complexity has made immune response research both challenging and exciting.