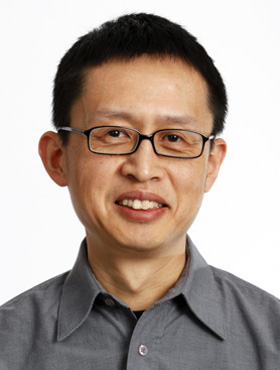 Our overall goal is to unravel mechanisms of neurodevelopmental disorders. Maturation of neural circuits in early life is essential for behavioral and cognitive development in children and is critically implicated in many brain diseases. By integrating molecular genetics, electrophysiology, anatomy and behavioral analyses, we study functional maturation of brain circuits during normal development and in models of autism spectrum disorder.

A common feature in the development of nervous systems is that immature neurons usually form synapses with a large number of target cells; many of these early connections are eliminated as the animal matures, while the remaining ones are strengthened. The selective pruning and strengthening of immature synapses, termed synaptic refinement, is essential for the development of neural circuits and behaviors. Disruptions of this process have been implicated in common brain disorders including autism and schizophrenia. Despite its importance, little is known about the cellular and molecular mechanisms of synaptic refinement in the brain. Our laboratory has made major contributions—both methodological and conceptual—to the study of synaptic refinement.

We have established a new model for studying refinement of excitatory synapses in the brain. Using patch-clamp recording in acute brain slices, we showed that the whisker relay synapse in the thalamus of the mouse undergoes extensive pruning and strengthening during the second week after birth. And this refinement process can be disrupted by sensory deprivation. This simple and quantitative model provides new opportunities for mechanistic analysis of synapse development.

Autism spectrum disorder (ASD) is a group of brain developmental disorders characterized by impaired social interaction, verbal and nonverbal communication, restricted interest and repetitive behaviors. Genetic defect is a major cause of ASD, and a rapidly growing number of genes have been implicated. How genetic mutations cause ASD remains unknown, and the answer to this question is critical for development of treatment for ASD. By investigating mice carrying mutations found in ASD, we aim to elucidate mechanisms underlying ASD.

We have been focused on the autism spectrum disorder Rett syndrome, a pervasive brain disorder causing loss of motor and cognitive functions, impaired social interactions, anxiety and seizure in girls. Mutations in the X-linked gene encoding methyl CpG binding protein 2 (MeCP2) and the loss of MeCP2 function in the brain are the primary causes of Rett syndrome. However, the underlying mechanisms are poorly understood. Through analysis of synaptic transmission in the thalamus of MeCP2 mutant mice, our laboratory provided strong evidence that hyperexcitation, caused by a reduction of inhibition, is a hallmark of early brain dysfunction in Rett syndrome. Recently we extended these studies to the neocortex, a brain region implicated in many phenotypes of Rett syndrome. Our results showed that the loss of MeCP2 from cortical excitatory neurons leads to a reduction of inhibition, hyperexcitation, and seizure. Our work underscores the role of GABAergic function in the pathophysiology of Rett syndrome and provides rationales for new treatments of Rett syndrome.

Layer V pyramidal neurons in the rat medial prefrontal cortex (PFC) were examined with whole cell patch-clamp recording in acute slices from postnatal day 1 (P1) to P36. In the first few days after birth, layer V pyramidal neurons had low resting potentials, high-input resistance, and long membrane time constant. During the next 2 wk, the resting potential shifted by -14 mV, while the input resistance and time constant decreased by 15- and 4-fold, respectively. Between P3 and P21, the surface area of the cell body doubled, while the total lengths of apical and basal dendrites increased by 5- and 13-fold, respectively. Action potentials (APs) were observed at all aged tested. The peak amplitude of APs increased by 30 mV during the first 3 wk, while AP rise time and half-maximum duration shortened significantly. Compared with neurons at P21 or older, neurons in the first week required much smaller currents to reach their maximum firing frequencies, but the maximum frequencies were lower than those at older ages. Stimulation of layer II/III induced monosynaptic responses in neurons older than P5. Paired-pulse responses showed a short-term depression at P7, which shifted progressive to facilitation at older ages. These results demonstrate that, similar to other neurons in the brain, layer V pyramidal neurons in the PFC undergo a period of rapid development during the first 3 wk after birth. These findings suggest that the intrinsic properties of neurons and the properties of synaptic inputs develop concomitantly during early life.
View full list of publications

Zhong-wei Zhang, Ph.D., studies how mutations in MeCP2 cause symptoms in diseases such as Rett syndrome and autism.

This new intensive hands-on JAX course will provide scientists with the skills and knowledge required for rigorous design, execution,...

Interested to identify mice behaviors in an unsupervised manner using deep reinforcement learning and generate an artificial mouse that...

A research team led by Basile Tarchini has found two new proteins that are essential to the correct elongation of stereocilia, tiny...

A lively young girl with Rett syndrome connects a local family with The Jackson Laboratory's ongoing efforts to improve...

The violence in our society has motivated biomedical researchers to look for predictive markers and study which genes and disruptions in...

Researches behavior and behavioral abnormalities, including addiction, ADHD and depression, using mouse genetics as a...

Uses advanced methods to research glaucoma and other neurodegenerative diseases.