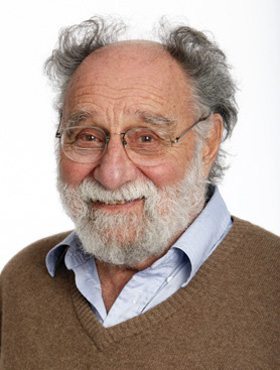 "A mouse is miracle enough to stagger sextillions of infidels" - W. Whitman

"Only art and science raise one to the level of the gods" - L. v. Beethoven

"If we knew what we were doing, it wouldn't be called research" - A. Einstein

In meiosis, genetic recombination serves multiple functions. It ensures the proper assortment of chromatids at the first meiotic division, creates the genetic diversity that makes individuals unique, and provides the raw material for evolutionary processes. In mammals, including humans and mice, recombination occurs at specialized sites along chromosomes known as hotspots. As we and others have previously shown, recombination at both human and mouse hotspots is determined by the zinc finger protein PRDM9, which binds to hotspot DNA sequences and locally trimethylates histone H3 lysine4, a chromatin-activating reaction. The combined presence of PRDM9 and H3K4me3 provides the signal for translocating hotspots to the chromatid axis and recruiting the DNA topoisomerase SPO11, which creates the DNA double strand break required for the exchange of DNA sequences between chromatids that eventually give rise to genetic crossovers. Our research is focused on several aspects of PRDM9 function.

In vitro studies of DNA binding by PRDM9 expressed in E. coli are being used to identify the genome-wide distribution of potential PRDM9 binding sites and to analyze the complex rules governing PRDM9’s DNA-binding specificity. This last has significance beyond the field of recombination biology as there are over 800 zinc finger protein genes in mammalian genomes; they serve as the most ubiquitous DNA recognition device in biology, and over half of them, like PRDM9, have eight or more fingers. The rules governing their DNA-binding specificities are poorly understood, and PRDM9 with its tens of thousands of potential binding sites in mammalian genomes, combined with the availability of multiple alleles of PRDM9, each with different binding specificities, makes this a favorable model system for understanding the rules governing this most common DNA-recognition device in biological systems.

Using ChIP-SEQ to identify sites of PRDM9-dependent H3K4 trimethylation, we have identified ~20,000 sites of PRDM9 action during early meiosis, showing that PRDM9 binding first serves to reorient nucleosomes locally, creating a nucleosome-free zone in which double-strand break formation can occur. The span of trimethylated nucleosomes then determines the migration limits of the Holliday junctions between recombining DNA strands and hence the locations of genetic crossovers. We are presently using this assay to characterize allelic variation in PRDM9 function, the competition that ensues when more than one PRDM9 allele is active in the same cell, and the influences of sex and of other chromatin-modifying enzymes on initiation of recombination.

Inferring that PRDM9 cannot act in isolation, we are searching for interacting partners using both physical and genetic strategies, testing physical interactions of PRDM9 with other proteins in vitro and in vivo, and using selected genetic crosses to search for modifiers of PRDM9 function.

Our long-term goals are to provide a more comprehensive understanding of how PRDM9 serves as the signaling device to initiate recombination and how the locations, relative activity and fate of recombination hotspots are determined.

Dr. Petko Petkov shares full responsibility for our research group. Other members include a bioinformatics specialist, three long-serving technicians and a group of rotating postdoctoral fellows.

The goal of the Complex Trait Consortium is to promote the development of resources that can be used to understand, treat and ultimately prevent pervasive human diseases. Existing and proposed mouse resources that are optimized to study the actions of isolated genetic loci on a fixed background are less effective for studying intact polygenic networks and interactions among genes, environments, pathogens and other factors. The Collaborative Cross will provide a common reference panel specifically designed for the integrative analysis of complex systems and will change the way we approach human health and disease.
View full list of publications

Machine learning and deep learning in particular have a growing influence on everything from how we shop to how we drive—or are driven by...

Three-dimensional genomic compartments and sub-compartments help regulate gene expression across the genome. As more data comes out about...

The study of structural genomic variation in human biology, evolution and disease