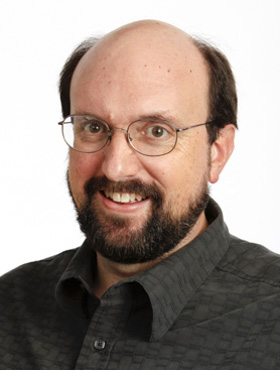 The long-term goal of our research program is to identify molecular pathways necessary for the normal function and survival of motor neurons and their skeletal muscle targets. Muscular dystrophies and motor neuron diseases collectively have a high impact on health, affecting tens of thousands of people in the United States alone. The diseases are characterized by weakness and progressive wasting of muscles, eventually leading to paralysis and death. We have chosen to focus on the resources available at The Jackson Laboratory in the form of spontaneous and induced mouse models of neuromuscular disease as our starting point for gene discovery and functional analysis. This phenotype-driven approach ensures that the mutant genes we identify are critical for the normal development and/or maintenance of motor neurons and skeletal muscles.

A mouse model of spinal muscular atrophy with respiratory distress

Neuromuscular degeneration, nmd, is a spontaneous autosomal recessive mouse mutant characterized by severe hind-limb muscle atrophy due to progressive degeneration of spinal motor neurons. We identified the mutant nmd gene as immunoglobulin mu binding protein 2 (Ighmbp2), a member of the DNA helicase/ATPase family of proteins. Mutations in the human IGHMBP2 gene have been shown to cause a lethal infantile form of spinal muscular atrophy with respiratory distress (SMARD1). As the nmd mice develop the same motor neuron disease as children with SMARD1, we are hopeful that what we learn from these mice will be directly relevant to the human disease. Toward this goal, we are employing powerful genetic approaches to identify the critical cell types that require Ighmbp2 gene activity in transgenic mice. We have demonstrated that tissue-specific expression of IGHMBP2 in neurons completely rescues the motor neuron degeneration, but we also uncovered a previously unrecognized requirement for this gene product in cardiac muscle. The transgenic nmd mice show no signs of paralysis but do develop a progressive dilated cardiomyopathy (DCM). Similarly, skeletal and cardiac-specific Ighmbp2 transgenic lines rescue the cardiomyopathy independent of the motor neurons and increase the lifespan of nmd mice up to 8-fold.

Identifying a genetic modifier of nmd

The effects of modifier genes in human cases of amyotrophic lateral sclerosis (ALS) or spinal muscular atrophy (SMA) have been implied when intrafamilial heterogeneity in age of onset or severity of symptoms are encountered. However, the possible multifactorial nature of these modifiers and genetic heterogeneity among families limits the extent to which genetic linkage can be performed in human populations. During the course of fine-mapping the nmd gene, we identified a modifier gene on Chromosome 13 that greatly decreases the severity of disease. We have generated a B6 congenic mouse strain that contains the CAST-derived Mnm modifier locus to allow high-resolution genetic mapping and positional cloning. We have reduced the size of the genetic region that is known to contain the Mnm modifier gene to a 160 kb interval, and the disease can be completely suppressed using a CAST BAC clone as a transgene. Our ability to manipulate the severity of disease with at least one modifier gene suggests that a molecular pathway exists with the potential for genetic or clinical intervention.

Along with colleague Kevin Seburn at The Jackson Laboratory, we are testing the hypothesis that genetic background effects can modify the onset or progression of ALS symptoms in the G93A mutant SOD1 transgenic mouse model. Using a strain survey with several wild-derived and common inbred strains of mice, we have identified two inbred strains (ALR/LtJ and NOD/LtJ) that significantly accelerate the onset of disease and three that significantly delay disease onset (C57BL/6J, DBA/2J and BALB/cByJ). Reciprocal backcrosses between C57BL/6J and ALR/LtJ have permitted the mapping of quantitative trait loci that underlie the suppression or enhancement of the motor neuron disease in G93A SOD1 (Tg(SOD1-G93A)1Gur) transgenic mice. Identification of these polymorphic loci is likely to provide insights into the mechanism of disease and possible genetic targets for intervention.

Defining the functional role of titin in mdm muscular dystrophy

Muscular dystrophy with myositis (mdm) is an autosomal recessive mutation located on Chromosome 2 that leads to progressive degeneration of skeletal muscles. We identified the mdm mutation as a deletion and truncated LINE insertion in the muscle-specific titin (Ttn) gene and have explored its potential interaction with the muscle-specific protease calpain 3. The discovery of this model at The Jackson Laboratory proved to be the first muscular dystrophy mutation identified in the Ttn gene, which encodes the largest known protein in the mammalian genome (>100 kb mRNA, ~370 exons, 3.7 megadalton protein). The mdm mouse serves as a model for human limb-girdle muscular dystrophy 2J and tibial muscular dystrophy.

Rostrocaudal muscular dystrophy (rmd) is a new recessive mouse mutation that causes a rapidly progressive muscular dystrophy. We identified the rmd mutation in the choline kinase beta (Chkb) gene, resulting in a complete loss of CHKB protein and enzymatic activity. Choline kinase catalyzes the phosphorylation of choline to phosphocholine in the biosynthesis of the major membrane phospholipid phosphatidylcholine (PC). While mutant rmd mice show a dramatic decrease of CHK activity in all tissues, the dystrophy is only evident in skeletal muscle tissues in an unusual rostral-to-caudal gradient. Enlarged mitochondria are evident in rmd muscles, suggesting that dysregulation of energy metabolism may underlie the muscle disease. Our identification of the mouse Chkbrmd mutation directly led to the identification of similar human CHKB mutations in children diagnosed with a severe megaconial congenital muscular dystrophy (MDCMC). The rmd mutant mouse offers the first demonstration of a defect in a phospholipid biosynthetic enzyme causing muscular dystrophy and provides a unique resource for understanding the causes and potential treatment of this disorder.

Genetic background significantly affects phenotype in multiple mouse models of human diseases, including muscular dystrophy. This phenotypic variability is partly attributed to genetic modifiers that regulate the disease process. Studies have demonstrated that introduction of the γ-sarcoglycan-null allele onto the DBA/2J background confers a more severe muscular dystrophy phenotype than the original strain, demonstrating the presence of genetic modifier loci in the DBA/2J background. To characterize the phenotype of dystrophin deficiency on the DBA/2J background, we created and phenotyped DBA/2J-congenic Dmdmdx mice (D2-mdx) and compared them with the original, C57BL/10ScSn-Dmdmdx (B10-mdx) model. These strains were compared with their respective control strains at multiple time points between 6 and 52 weeks of age. Skeletal and cardiac muscle function, inflammation, regeneration, histology and biochemistry were characterized. We found that D2-mdx mice showed significantly reduced skeletal muscle function as early as 7 weeks and reduced cardiac function by 28 weeks, suggesting that the disease phenotype is more severe than in B10-mdx mice. In addition, D2-mdx mice showed fewer central myonuclei and increased calcifications in the skeletal muscle, heart and diaphragm at 7 weeks, suggesting that their pathology is different from the B10-mdx mice. The new D2-mdx model with an earlier onset and more pronounced dystrophy phenotype may be useful for evaluating therapies that target cardiac and skeletal muscle function in dystrophin-deficient mice. Our data align the D2-mdx with Duchenne muscular dystrophy patients with the LTBP4 genetic modifier, making it one of the few instances of cross-species genetic modifiers of monogenic traits.
© The Author 2015. Published by Oxford University Press. All rights reserved. For Permissions, please email: journals.permissions@oup.com.

My research focuses on characterizing cell types in the hypothalamus and hippocampus using electrophysiology, Patch-seq, and behavioral...

A JAX research team led by Cat Lutz launched a project to develop gene therapy strategies and to test small molecules for...

Advance your research in genetics by harnessing the power of the mouse! This new graduate-level advanced genetics course will provide a...

This live, virtual course is a modern survey of heredity, disease, genetics in experimental animals and humans, and...

The Maine High School Open House is open to any Maine high school student who has a strong interest in biomedical research...

Join STAT and JAX April 24 and hear first-hand about the cutting-edge genomics research behind the fight against Alzheimer's, kidney...

This workshop will leverage the expertise and of the Model Organism Development for Evaluation of Late Onset Alzheimer’s Disease (MODEL-AD)...