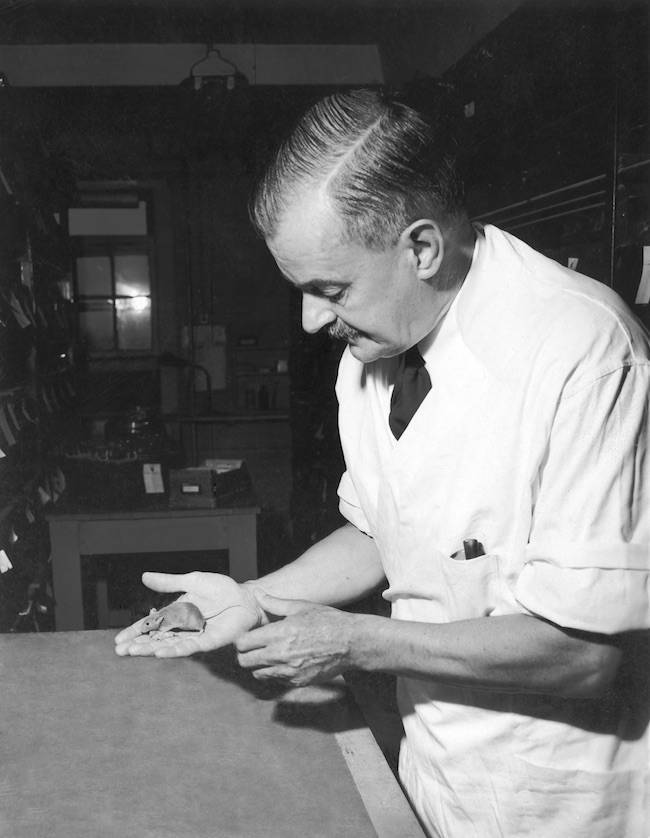 The Jackson Laboratory was founded in 1929 as one of the world’s first centers for the study of cancer genetics. The independent, nonprofit laboratory has grown to become a leader in mammalian genetics and genomics research and education, and a major provider of genetic resources to the scientific community worldwide. The Jackson Laboratory Cancer Center (JAXCC) first received its National Cancer Institute designation in 1983 in recognition of the foundational cancer research conducted here. The JAXCC is one of seven NCI-designated Cancer Centers with a focus on basic research. Headquartered in Bar Harbor, Maine, JAX now has an additional campus Farmington, Conn.  This structure builds upon the institution’s historic strengths, integrating the distinct capabilities of each campus in basic and translational cancer research and strengthening the translational pipeline to move discoveries to clinical application.

The Jackson Laboratory was launched by Dr. Clarence Cook Little, who developed the first genetically defined strains of mice to study human disease, an entirely new type of research tool that yielded the first indications of the multigenic nature of susceptibility to cancer. Dr. Little was also instrumental in establishing both the National Cancer Institute (NCI) and the American Cancer Society, initially known as the American Society for the Control of Cancer. He helped draft the 1937 bill that established the National Cancer Institute and testified in its favor before congressional committees. He was one of the original six members of the National Advisory Cancer Council. In 1938, The Jackson Laboratory received one of the first three grants awarded by NCI.

From its earliest days, discoveries at JAX have always been powered by collaboration, including the discovery in 1933 of a “non-chromosomal influence in the incidence of mammary tumors in mice,” which was published in the journal Science that year by the “staff of Roscoe B. Jackson Memorial Laboratory.” This work led to the discovery of the milk-borne mouse mammary tumor virus, a key finding for the later understanding of the role of viruses and oncogenes in cancer. External collaborations were also seminal, exemplified by the work on tumor transplantation genetics that led to the discovery and functional characterization of the mouse major histocompatibility complex (H2) by Dr. George Snell at JAX and Peter Gorer at Guy’s Hospital London in the 1940s and 1950s. 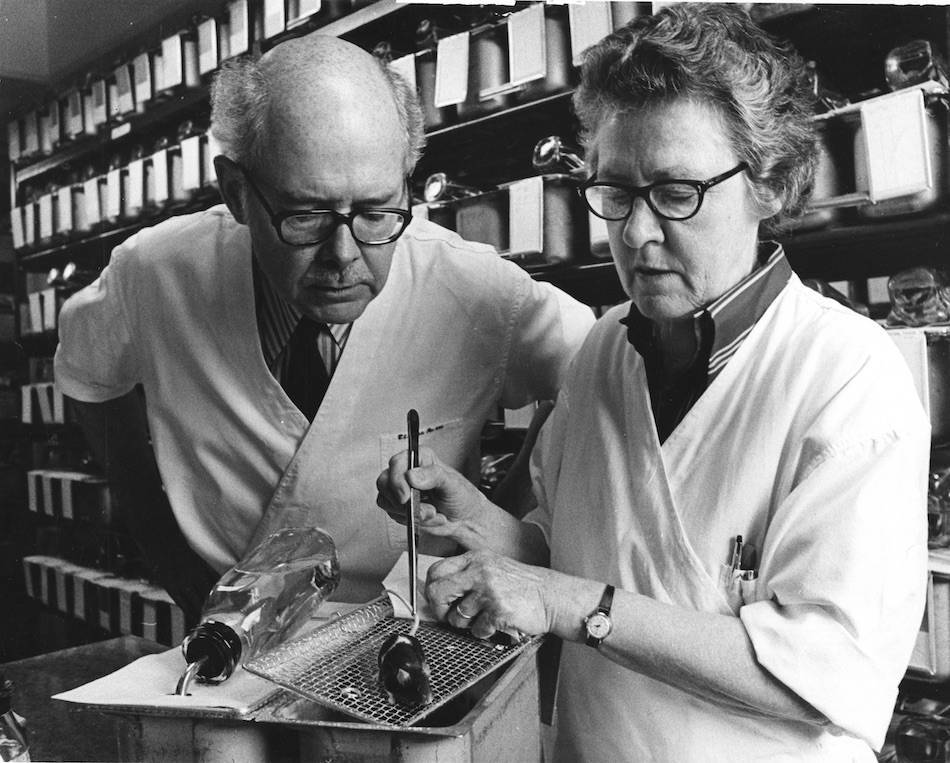 JAX researchers curated the spontaneous mutations that arose in the ever-growing collection of inbred mice and disseminated them to the international research community. In the 1950s Dr. Margaret Green took on the development of linkage maps that were the forerunners of mammalian genetic maps. She also expanded the curation and dissemination of genetic information about the characteristics of inbred and mutant mice. This formed a repository of data that presaged the launch of the Mouse Genome Database (MGD) – a comprehensive, integrated, community resource of genetic and phenotypic information on the mouse – first made available to the public online in 1994. The Mouse Tumor Biology (MTB) database went online in 1998 and is part of the Mouse Genome Informatics program at JAX.

As technological innovations made possible both precise and genome-scale manipulation of the mouse genome, JAX has continued to serve as a creator of new genetic and information resources and an innovator in methods to analyze the mammalian genome.  In 1992, at the request of the national research community, JAX opened the first repository for the cryopreservation, curation and distribution of transgenic and targeted mutation mice, the forerunner of both the Mutant Mouse Regional Resource Center network and the NCI Mouse Repository. Now under the central management and curation of the Genetic Resource Science Repository, the JAX collections of spontaneous and induced mutant mice, inbred strain panels, tool strains, cytogenetic resources and disease models are widely used by JAX Cancer Center members and made available to the scientific community. Using these resources, JAX Cancer Center members have made fundamental discoveries about the function of individual genes and their interactions in the specification of normal biological systems and disease processes.

Many JAX faculty including JAX Cancer Center members continue to develop new mouse models and tool strains that are widely used by the cancer research community, such as the severely immunodeficient NOD.Cg-Prkdcscid Il2rgtm1Wjl/SzJ strain (NSG) mouse. This strain and its derivatives are most widely used at JAX and in the wider community as hosts for primary human tumor grafts because of their ability to sustain prolonged engraftment with primary human tissues.  JAX has now created a library of diverse and representative patient-derived tumor xenograft (PDX) models in collaboration with a consortium of institutions from around the United States engaged in cancer research and patient care.  The PDX resource is maintained on the Sacramento campus. The PDX platform is a major tool for the JAX Cancer Center research program.

A hallmark strength of JAX has long been in the investigation of complex genetic mechanisms using well-defined mouse strains and stocks. In the last decade, researchers here have made substantive achievements in creating new model systems for the complexity of human cancers and human populations, such as the Diversity Outbred (DO) mice. The DO mice maximize allele diversity and mimic the heterozygosity of the human population. The stock was derived from the founder strains of the Collaborative Cross, a large population of inbred mouse strains developed through a community effort, including JAX researchers. The CC mice provide a reference population specifically designed for the integrative analysis of complex systems.

With the opening of the JAX Genomic Medicine campus in Farmington, Conn., in 2012, the JAX Cancer Center has added a focus on human cancer genomics; genome biology; quantitative cell biology; computational biology; and analytics, all centered on precision medicine. This translational component complements and accelerates the capabilities at the JAX Cancer Center to move basic discovery toward clinical impact. JAX Genomic Medicine quickly developed a cadre of outstanding cancer researchers and technological innovators. They have opened new areas of research for the JAX Cancer Center, including cancer vaccines, the microbiome and cancer, and human cancer genomics in tumor evolution. Technological innovations include a single cell biology laboratory, a CLIA-certified clinical genomics laboratory, and a wealth of next generation genomic technologies.  Among the discoveries since this major addition to the JAXCC are: a particular genomic configuration, the tandem duplicator phenotype, that is frequent in triple negative breast cancer and certain other cancers and is predictive of response to cisplatin;  the role of extrachromosomal DNA in driving progression of glioblastoma; and a genomic signature in aging immune cells that is a potential biomarker for immune dysfunction and increased systemic inflammation.