This foundation seeks a cure and treatment for Ngly1 deficiency. Diagnosed only recently in 2013, Ngly1 is required for deglycosylation of proteins that have been targeted for degradation. Emerging evidence also suggests that Ngly1 can activate important transcription factors expressed during embryonic development. Matt and Kristen Wilsey established the Grace Science Foundation to support research and development for the disease impacting their daughter. The Rare and Orphan Disease Center, working under a sponsored research agreement from 2015-2018, has generated mouse mutant lines expressing two clinical mutations, a null allele, MEF cells, a transgenic mouse model expressing human NGLY1 and developed a new mouse and human specific mouse monoclonal antibody resources. Additionally, mouse Engase mutants have been generated and the relationship between Engase deficiency and Ngly1 deficiency explored. Engase deficiency is considered to modify the disease severity of Ngly1 mutant mice. All these mouse mutants are available from the Jackson Laboratory mouse Mutant Collection. Other resources are available from the in vivo pharmacology team.

The Snyder-Robinson Foundation was formed in 2014 by parents of children with Snyder-Robinson Syndrome (SRS).  SRS is caused by one of several mutations in the Spermine Synthase (SMS) gene.   The Jackson Laboratory collaborated with the Foundation and their team of medical and scientific advisors to generate two new mouse mutant lines. The first line contains the G56S mutation which has been documented in SRS patients. The second line results is a model in which exon 5 of the Sms gene has been flanked with loxP elements.  Deletion of genomic DNA between these elements can result in a frameshift mutation in the gene and no protein is expressed.  This model is of value in determining the role that SMS plays in specific tissues in the body. Both models are available from the mouse mutant collection at the Jackson Laboratory.  Our strong relationship with the Foundation is ongoing, and we are working toward the characterization of these models in greater detail within the in vivo pharmacology team.

As more information becomes available and new patients are identified, some small foundations working on common processes merge to combine their voice and effectiveness in promoting research. A recent example is the merging of the CureSPG47 and CureSPG50 foundations along with Cure SPG51 and Cure SPG52 to form CureAP-4; a Hereditary Spastic Paraplegia phenotype caused by mutations in any of the 4 subunits for the AP-4 protein complex. Our relationships were established prior to this merge. Working with Chris Edwards of formerly CureSPG47 and Terry Pirovolakis of Cure SPG50, we have developed new mouse models that carry null mutations in two of the AP-4 subunits. For Terry, we are developing a mouse carrying the clinical premature stop mutation, R306X (Q306X in the mouse) and additionally, have imported a conditional null mouse mutant from the European mouse mutant repository. Gene replacement studies using these mice with AAV9 viral vectors containing AP4M1 are planned with our collaborator Dr. Steve Gray at UT Southwestern to determine if this is an effective treatment option for potential clinical use.

We started working with Dr. Jennifer Levy, Scientific Director of Coalition to Cure Calpain 3 (C3) in 2017. The challenge presented was how to develop mouse models to help understand why patients with similar mutations in CAPN3, the causative gene for Limb Girdle Muscular Dystrophy Type 2A (also called LGMD2A and LGMDR1 calpain 3-related, a form of calpainopathy), presented with variable age-of-onset, rate of progression, and overall severity. To facilitate this goal, we designed the same exon deletion mutation in the mouse Capn3 gene in four different inbred mouse strains; 129S4, DBA/2J, FVB/NJ and a collaborative cross strain CC041 that is an inbred line containing a randomized assorting of eight inbred genomes. These independently generated mouse strains were all successfully generated and are available for distribution. Using these models, Scientists can now fully characterize the time course of LGMD2A in each strain and begin to identify background genetic modifiers. These modifier genes may offer new therapeutic options with which to lessen disease severity.

The mission of the Simons Foundation Autism Research Initiative (SFARI) is to facilitate the diagnosis, treatment and understanding of Autism spectrum disorders. We were approached by Dr Alan Packer and Marta Benedetti PhD both senior Scientists at SFARI to develop conditional null alleles for four genes for which the mouse models were either unavailable, associated with restrictive licenses or present on an unwanted genetic background. These genes CHD8, ARID1B, POGZ, and GRIN2B are associated with clinical autism. Critical exons were identified for the mouse homolog for each gene and flanked with loxP sequences elements. All four conditional mutants are available for distribution.

Multiple sulfatase deficiency is caused by mutations in SUMF1 that decrease the biological activity of the encoded protein, formylglycine-generating enzyme and thus prevent posttranslational modification of a cysteine amino acid positioned in the active site of the sulfatase enzyme and necessary for its activity. We were contacted by Amber Olsen, Executive Director of the United MSF foundation and mother to Willow, an affected daughter to develop preclinical models for Sumf1 deficiency. Two preclinical models were generated, A277V and S153P, corresponding to clinical A279V and S155P, respectively. Additionally we imported a floxed mouse strain generated by the KOMP consortium to develop conditional KO mouse models. We anticipate making these strains available for distribution shortly.

Christine Waggoner co-founded Cure GM1 to honor her daughter and others impacted by GM1 Gangliosidosis or Landing disease. The causative gene is GLB1 encoding a beta-galactosidase enzyme and mutations give rise to an autosomal recessive reductions in life expectancy with variable onset. It is most severe when the disease manifests in children. We generated two new mutant models; one containing the clinical L155R mutation (L156R in the mouse) and the second is a frameshift null allele. Both lines are available for distribution and Christine has been successful in getting at least one pharmaceutical company interested in using these models for a greater characterization of the disease and to work towards better treatments.

We were contacted by Dr. Narayanan, Professor and Medical Director of the Center for Rare Childhood Disorders at the Translational Genomics Research Institute (TGEN) who is researching the natural history and treatment options for patients with combined oxidative phosphorylation deficiency and Leigh syndrome. The gene responsible is MTFMT. When patients carry the S204L mutation, this missense allele actually results in a single nucleotide change that results in exon mis-splicing in the gene and premature termination. Given that the mouse and human genes differed in the target region, we replaced the target mouse exon with the human exon that was either normal or contained the patient derived S204L mutation. Both strains of mice were made available to TGEN for them to continue their important studies. Once the primary publication has been generated that describes the disease phenotypes of these two mouse strains, we will make them available for general distribution.

We were contacted by the Orphan Disease Center – in the Perelman School of Medicine at the University of Pennsylvania -- with a request to develop mouse models for CHAMP1- and ZC4H2-deficiency. CHAMP1 encodes a protein important for the regulation of chromosome segregation during cell division and deficiencies in CHAMP1 are associated with autosomal dominant mental retardation. Mouse Champ1 mutants have been generated that appear viable as heterozygotes but are non-viable as homozygotes. We are in the process of making these mice available for distribution. Murine Zc4h2 KO mice have also been generated. Heterozygote mice are not generated in a Mendelian manner but survivors can be maintained and bred. This line will also be made available shortly.

This is a collaborative project between the model development and in vivo pharmacology teams of the Rare and Orphan Disease Center, Dr. Steven Gray PhD at UT, Southwestern and Keith Massey Science Director of the Cure RTD foundation. We are developing two mouse models carrying clinical alleles associated with mutations in SLC52A2. This gene expresses a protein responsible for transporting vitamin B2 across the cell membrane and into cells. It is present at high levels in the brain and spinal cord and is important for regulating energy levels in cells as well as playing a role in the breakdown of fats, proteins and carbohydrates. Mutations in this gene cause a neuropathy and connects to disorders that were previously considered to be separate; Brown-Vialetto-Van Laere syndrome and Fazio-Londe disease. The disease is now referred to as Riboflavin Transporter Deficiency (RTD) and pathogenic mutations in SLC52A2 result in RTD type 2. We generated two models corresponding to the clinically severe L312P and the more moderate L339P mutations. These mice identified as L317P and L344P, respectively are under development and will be made available to Dr. Gray for natural history and potential gene therapy studies.

This syndrome caused development delay, short stature, some facial dysmorphia and low muscle tone. Although first reported in 1989, the genetic basis; namely its association with mutations in the KMT2A gene wasn’t identified until 2012. This gene encodes a histone modification enzyme and mutations can therefore impact the expression of many other genes. We were contacted by Andrew Croxford, after which we began developing a mouse model for the clinical C1189Y mutation in KMT2A (C1186Y in the mouse). We adopted this project and extended it to include an exon 2 floxed model to enable the temporal or tissue specific loss of the gene to be studied in parallel with the clinical allele. Although both models are still in development, there are challenges associated with identifying viable mice with the C1186Y mutation. Additional funding will help us redesign the targeting strategy to introduce a conditional component to mutant Kmt2a C1186Y expression. The floxed exon model is proceeding on schedule and we plan to make this available shortly.

This is a recent project initiated by Melissa Hieger and Beth Buccini of the Ddx3x foundation. Clinically, the disease is caused by mutations in the X chromosome linked DDX3X gene was discovered in 2014 and results in intellectual disabilities, autism, delayed development and low muscle tone. The clinical R488H mutation is potential detrimental to mice embryonic development or perinatal survival. To alleviate this potential conerm we have designed the allele such that normal Ddx3x protein is expressed in the absence of the regulatory protein Cre, but in the presence of Cre (which can be expressed in a tissue specific or temporal manner), the mutation is aligned with the rest of the gene and a mutant protein is expressed. This model will allow for normal breeding of mice and an evaluation of the different phenotypes associated with tissue specific regulation of the mutation. Working with the foundation associated scientists with interests in Ddx3x, this model will enhance current research on this disease.

Mutations in a gene called MECP2 give rise to Rett Syndrome, a neurological disorder that occurs predominantly in girls and to a much lesser extent in boys. Although of genetic origin, most patients present with de novo mutations. After a normal period of development symptoms typically become apparent during toddlerhood. As the disorder progresses it deprives children of speech, hand use, and normal movement. Children and adults with Rett require total round the clock care.

The Rett Syndrome Research Trust (RSRT), a non-profit research organization dedicated to the development of curative therapies, has requested the generation of 13 new mouse mutant strains, all containing clinically associated mutations in MECP2. Generating these mutations independently on the same genetic background will allow a systematic evaluation of Mecp2 disease phenotypes and time-course in the mouse. The models will be crucial tools for facilitating translational medicine efforts in DNA and RNA editing. Although the project is still in its early stages, model development is proceeding on schedule. 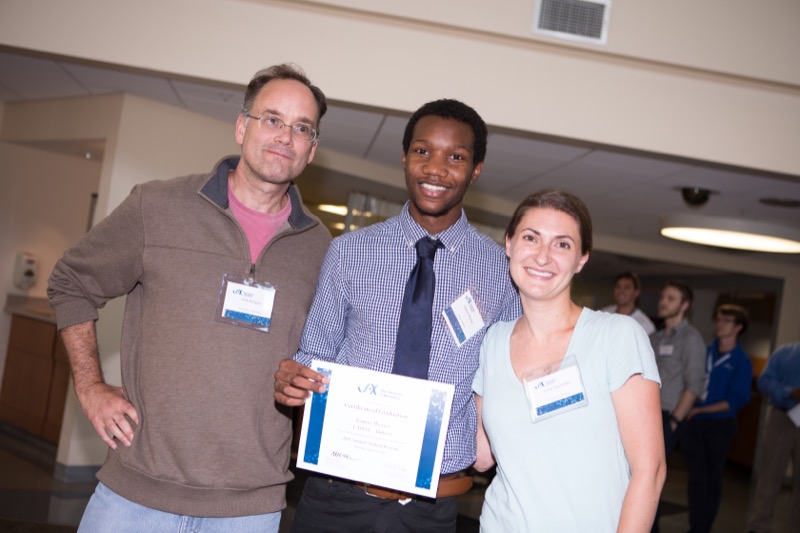 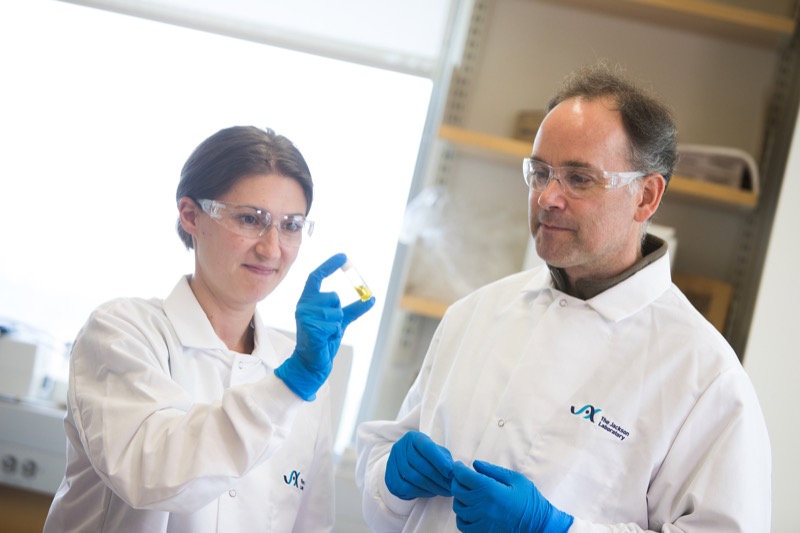 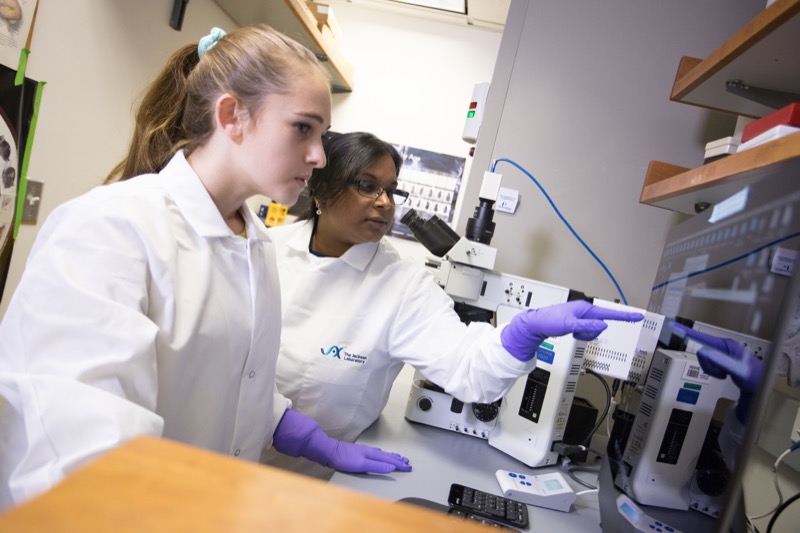 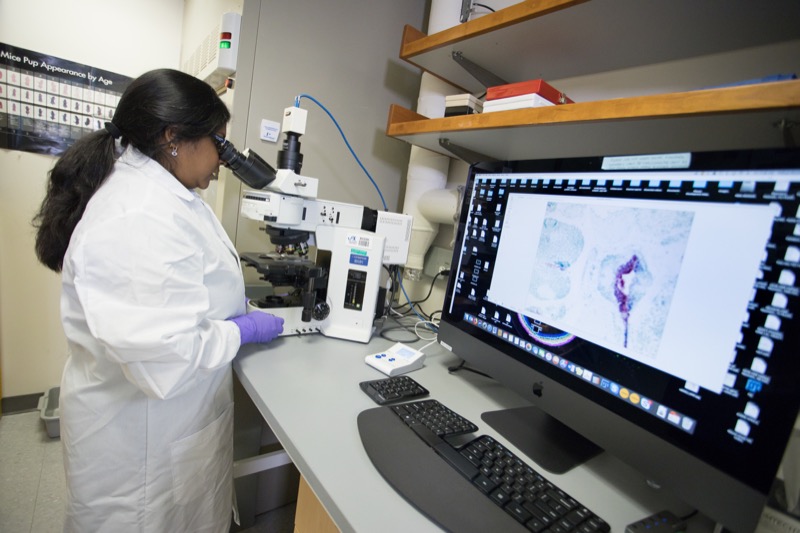