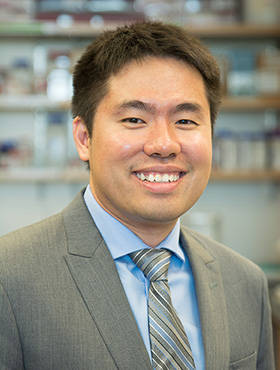 Engineers and applies artificial DNA and RNA binding proteins to study the genome, epigenome, and transcriptome.

Albert Cheng obtained his BSc in Biochemistry and MPhil in Biology from Hong Kong University of Science and Technology in 2005 and 2007, respectively. He studied neurotrophin signaling and C. elegans developmental genetics. He then pursued his PhD in Computational & Systems Biology at MIT in the labs of Profs Christopher Burge and Rudolf Jaenisch and worked on various topics on epigenetics, gene regulation and alternative splicing in stem cells, reprogramming, cancer metastasis, erythropoiesis and differentiation. Cheng and colleagues identified H3K27ac as a signature for active enhancers. He analyzed alternative splicing in epithetlial-mesenchymal transition, cancer metastasis as well as erythropoiesis and identified splicing factors regulating these processes. He constructed CRISPR-on, an artificial RNA-guided activator based on CRISPR/Cas. After graduating in 2014, he joined the Jackson Laboratory at Bar Harbor, ME, as one of the first JAX scholars where he continued to work on understanding and improving the CRISPR/Cas technology. In July 2015, he started his own lab as an assistant professor at the Jackson Laboratory for Genomic Medicine campus at Farmington, CT.