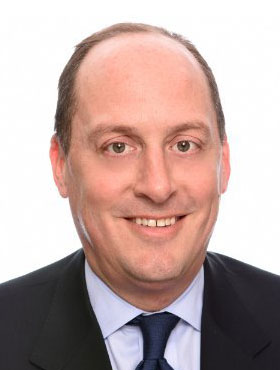 John Ryan joined The Jackson Laboratory in 2018 and serves as the Laboratory’s general counsel and secretary.  He leads the Laboratory’s legal department and its work in facilitating commercial transactions, licensing arrangements, spin-offs, sponsored research agreements and other strategies to aid in commercializing the Laboratory’s intellectual property.

Ryan joined The Jackson Laboratory with more than 20 years of experience in law, business and government.  Prior to joining the Laboratory, from 2016 to 2018, he served as president and CEO of Unilife Corporation, a Pennsylvania-based designer and manufacturer of wearable injectors for large molecule biologics.  He served as Unilife’s senior vice president, general counsel and secretary from 2014 to 2016.   Ryan was previously a partner at the Duane Morris law firm and held senior roles for eight years at Aramark Corporation, a food and facilities services provider, including senior vice president and deputy general counsel.  Ryan began his legal career as an assistant district attorney at the Manhattan District Attorney's Office.  He is a graduate of Northwestern University School of Law and New York University.