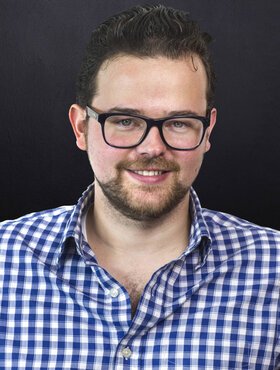 Dr. Floris Barthel obtained his Doctor of Medicine (M.D.) degree from the Vrije Universiteit Amsterdam, The Netherlands where he developed an interest in malignant brain tumor (glioma) biology. He joined the laboratory of Dr. Roel Verhaak at the MD Anderson Cancer Center in Houston, Texas for a research fellowship to satisfy his scientific curiosity. There he trained in computational biology and performed the data analysis for several large translational studies investigating the molecular markers of gliomas. Dr. Barthel subsequently relocated to The Jackson Laboratory (JAX) for Genomic Medicine in Farmington, Connecticut where he was awarded the JAX scholar award. The JAX scholar award is a competitive institutional award supporting exceptional postdoctoral fellows become independent investigators.

Shortly after, he was awarded a K99/R00 pathway to independence award to study epigenetic strategies of telomerase reactivation in cancer. He has since been training in molecular biology while continuing translational research on malignant gliomas and telomere maintenance. He has published his research findings in various reputable journals, including Nature, Cell, and Nature Genetics. He was recently named a ForbeckScholar in lieu of his achievements and will attend yearly scholar meetings. He aims to build a basic and translational research program focused on identifying therapeutic vulnerabilities among telomere maintenance pathways in glioma.