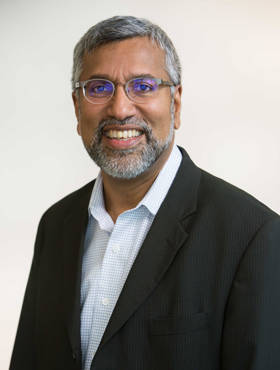 Prior to joining JAX, Nair served as vice president for worldwide marketing and North American sales with Caliper Life Sciences (today part of PerkinElmer), Hopkinton, Mass., where he had been responsible for commercialization of Caliper’s products and services. He had been with Caliper and its predecessor company, Zymark, since 1997. From 1990 to 1997 Nair had managed Quality Compliance and Analytical Services at GlaxoSmithKline’s FDA-approved site in Singapore. Nair is a graduate in chemistry from the University of Science, Penang, Malaysia; holds a Ph.D. in chemistry from the University of Oklahoma, Norman; and has an Executive MBA from Suffolk University in Boston, Mass.