Immunotherapies represent the apex of the cancer therapy mountain. Therefore, testing any therapeutic candidate requires an in vivo platform that accurately recapitulates the full complexity of human heterologous tumors, as well as the tumor microenvironment. A recent publication in Science Translational Medicine, Sagiv-Barfi and colleagues tested their in situ vaccination method, in which prior knowledge of the tumor antigen is not required, using two mouse models provided by JAX. Their vaccination strategy involved locally injecting immuno-enhancing agents into a tumor site, followed by stimulation of a systemic T cell response to attack cancer cells throughout the body. This platform enabled the authors to test for protection against spontaneous tumor generation and confirm the efficacy of their immunotherapy, a combination of a CpG TLR ligand and an anti-OX40 antibody, against various cancer types.

To test their strategy against spontaneous tumors, the authors chose the FVB/N-Tg (MMTV-PyMT)634Mul/J (also known as MMTV-PyMT) mouse model. In this strain, the hemizygous females develop palpable mammary tumors that metastasize to the lung, and male carriers also develop mammary tumors with a later age of onset (Wang et al., 2017; Franci et al., 2013). These mice have a high penetrance and early onset of mammary cancer as compared to other mammalian tumor models. The authors noted that they chose this model because it develops spontaneous tumors, and the site of the tumor development is both known and accessible for their in situ vaccination.

Using the MMTV-PyMT mouse model, the authors observed that their in situ vaccination not only reduced tumor growth at the injection site, but in those mice with coincident tumors at the start of the therapy, growth of the non-injected tumor was also significantly reduced. In addition to the tumor regression observed with treatment, these mice also developed fewer lung metastases. Based on these observations and the expression of intracellular interferon-γ (IFN-γ) from CD8+ T cells isolated from the spleen, they concluded that the response was elicited against the antigens shared by all of the independently arising tumors, and not the antigens specific to the injected tumor.

As part of their study, they examined the role of OX40, a costimulatory molecule that is expressed on both activated effector T cells (Teffs) and regulatory T cells (Tregs). OX40 signaling has been shown to promote Teff activation, while concomitantly inhibiting Treg suppressor function (Metzger et al., 2016). To determine the immuno-enhancing activity of the anti-OX40 antibody, the authors tested whether the Tregs were being inhibited or depleted.

The authors chose the C57BL/6-Tg(Foxp3-DTR/EGFP)23.2Spar/Mmjax mouse, also known as the DEREG mouse, engrafted with B16-F10 tumor cells. By using this transgenic model, Tregs can be selectively depleted via diphtheria toxin injection (Littwitz-Saloman et al., 2015). Using DEREG mice depleted of Tregs, they concluded that suppression of Treg activity, not Fc mediated cellular depletion, is involved in the mechanism of their therapy.

In this publication, the authors examined the use of an in situ vaccine that utilizes a patient's own immune system and does not require prior knowledge of tumor antigens. They used two different models provided by JAX — each with a specific purpose. The MMTV-PyMT mouse, was crucial to show that in vivo immune modulation could (and did) reduce tumor burden, as well as offer protection against metastasis following a single treatment. This model best recapitulates several key characteristics of virulent breast cancer, including a loss of estrogen and progesterone receptors and the expression of key cell factors (Franci et al., 2013). The other JAX mouse model, the DEREG mouse, was used to assess the mechanism of action involved in the synergy between CpG and the anti-OX40 antibody. As this mouse could be depleted of Treg cells, it was ideal for this experiment as OX40 is expressed on both intratumoral Tregs and Teffs (Sagiv-Barfi et al., 2018). The DEREG mouse helped demonstrate that Tregs were impaired by anti-OX40, not depleted. Overall, the authors found that vaccination with CpG (a Toll-like receptor 9 ligand) upregulated expression of OX40 on T cells and co-treatment with an anti-OX40 antibody stimulated activation of T cells that killed spontaneously developing tumors. Ligation of OX40 with the monoclonal antibody not only increased T cell activation and effector function, but also diminished Treg suppressor activity. The authors also showed the Fc portion of anti-OX40 recruited and activated both myeloid and NK cells, suggesting additional tumor suppression via an ADCC mediated response.

How can JAX help?

Researchers, like those involved in this publication, have been working with JAX for over 80 years to incorporate pioneering mouse models and services into their studies. JAX recognizes that some applications require generation of unique models that capitalize on specific characteristics of the background strain. JAX model generation services make use of techniques, such as CRISPR/Cas9, to develop the most translationally-relevant mouse model, including custom genetically humanized models that express a specific human immune target of interest.

JAX offers a wide range of mouse models, including highly advanced, genetically modified strains of mice that are capable of engrafting both human immune system cells and human tumors, as well as strains lacking certain immune cell types. For researchers who require human specificity, the extensive mouse model portfolio from JAX includes humanized NSG™ and NSG™-SGM3, which are capable of engrafting human hematopoietic stem cells to establish human immunity plus various tumor cell lines or patient-derived xenograft (PDX) tumors. These "Onco-Hu® mice" are powerful preclinical models for studying human specific immuno-modulators either alone or in combination with other treatments.

Researchers also can freely access the Mouse Tumor Biology (MTB) database, a continuously updated repository of tumor biology data. MTB supports the use of mice as a model system of human cancer and aids researchers in areas such as choosing experimental models, reviewing patterns of mutations in specific cancers, and identifying genes that are commonly mutated across a spectrum of cancers. Researchers can search for genotypic and phenotypic data in either mouse tumor strains or PDX tumors. MTB includes tumor frequency and kinetics, histology data, and standard of care data.

Visit the JAX oncology page to learn more about how JAX products and services empower your oncology or immuno-oncology research.

The Mouse Tumor Biology (MTB) database supports the use of a mouse model system for human cancer by providing a comprehensive resource for data and information on various tumor strains.

FFPE PDX slides from JAX enable fast and easy screening of your tissue sample for your target protein.

Over 450 patient-derived xenograft (PDX) tumors are available for engrafting into immunocompromised NSG™ mice for shipment to your facility or use in JAX-directed preclinical efficacy studies. 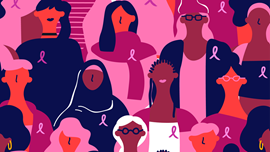 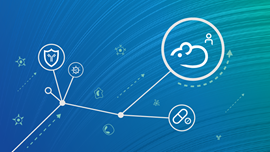 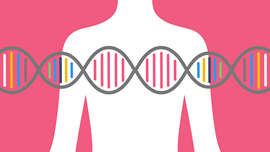