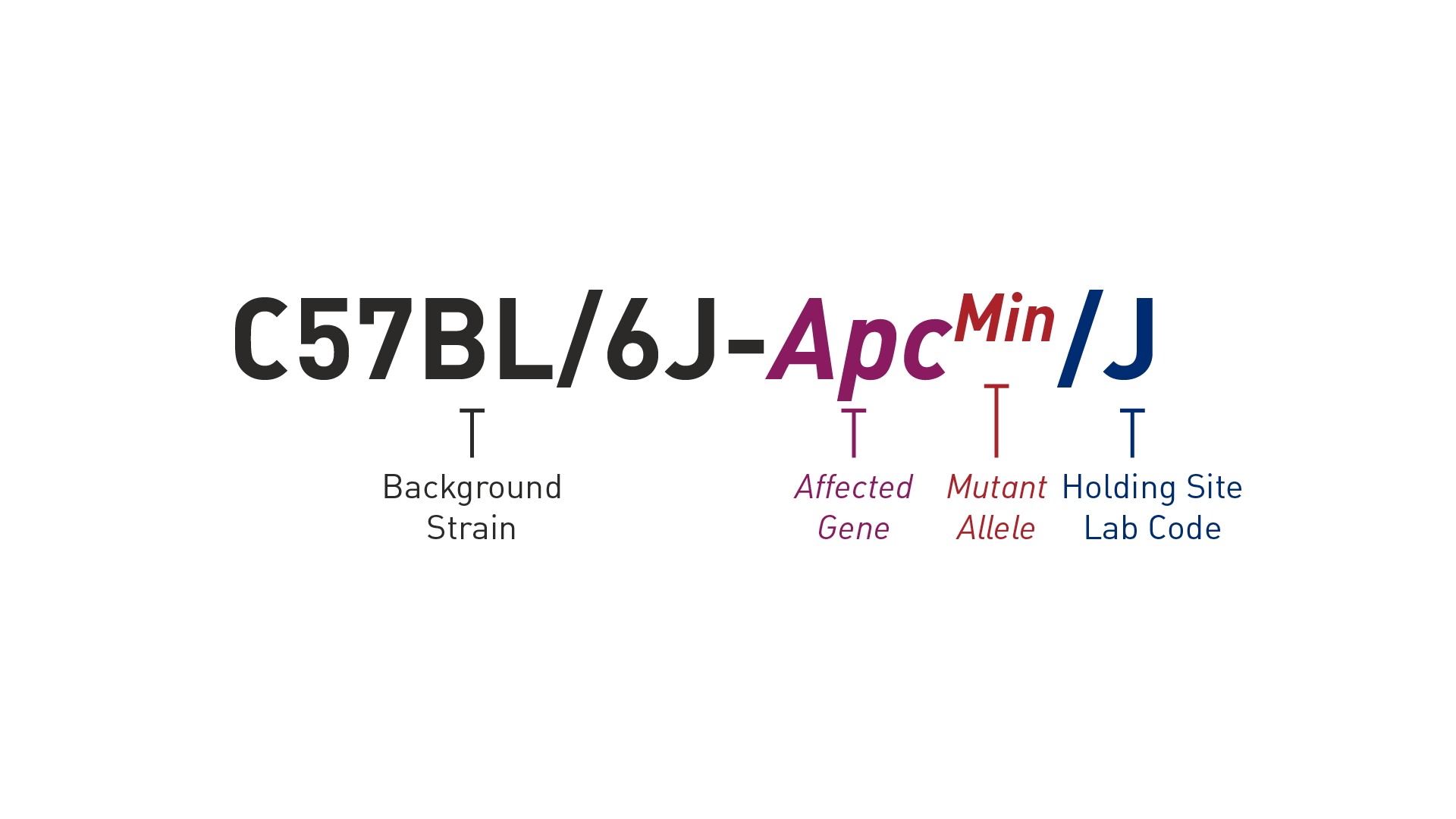 Have you ever wondered why the nomenclature of research mice seems so complicated? The name of a mouse strain reflects the unique phenotypic and genetic characteristics of widely used laboratory mice. The nomenclature of a strain may have punctuation marks, italics, superscripts, and various symbols – all of which mean something.

Here are the top seven tips to keep in mind when decoding mouse nomenclature:

The parent strain designation of an inbred strain name may consist of capital letters, combinations of letters and numbers, or numbers only (e.g., DBA, C57BL, and 129), followed by a forward slash and a Laboratory Registration Code of the institution that maintains and distributes the strain. 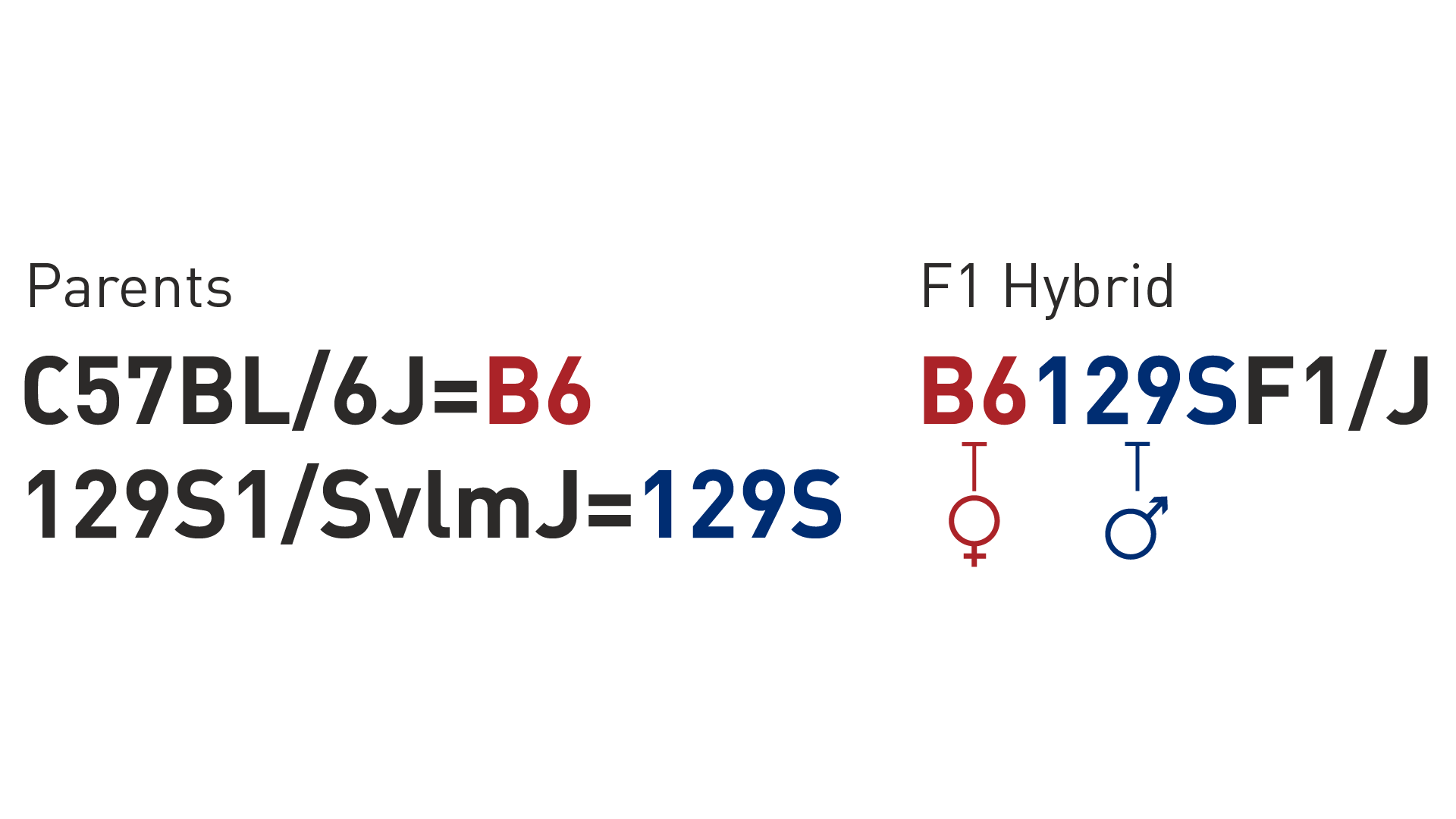 The abbreviation of the female parent is listed first and the male parent second. For example B6129SF1/J mice are offspring of a C57BL/6J female mated to a 129S1/SvlmJ male mouse.

The strain name always starts with the background strain that the mutation is currently on, followed by the relevant affected gene (e.g., Apc in the first figure). The allele information is always italicized and superscripted. After the forward slash is the code for the lab that maintains the colony (for example, J stands for JAX).

These strains were created using homologous recombination to change a specific endogenous gene. They include KO, KI and floxed mouse models. As far as their name goes, it starts with the genetic background, hyphen and the modified gene superscripted with “tm” for targeted mutation. This information is followed by the allele number and the lab code of the investigator that created the model. The name ends with a forward slash and the code for the lab that maintains the colony. 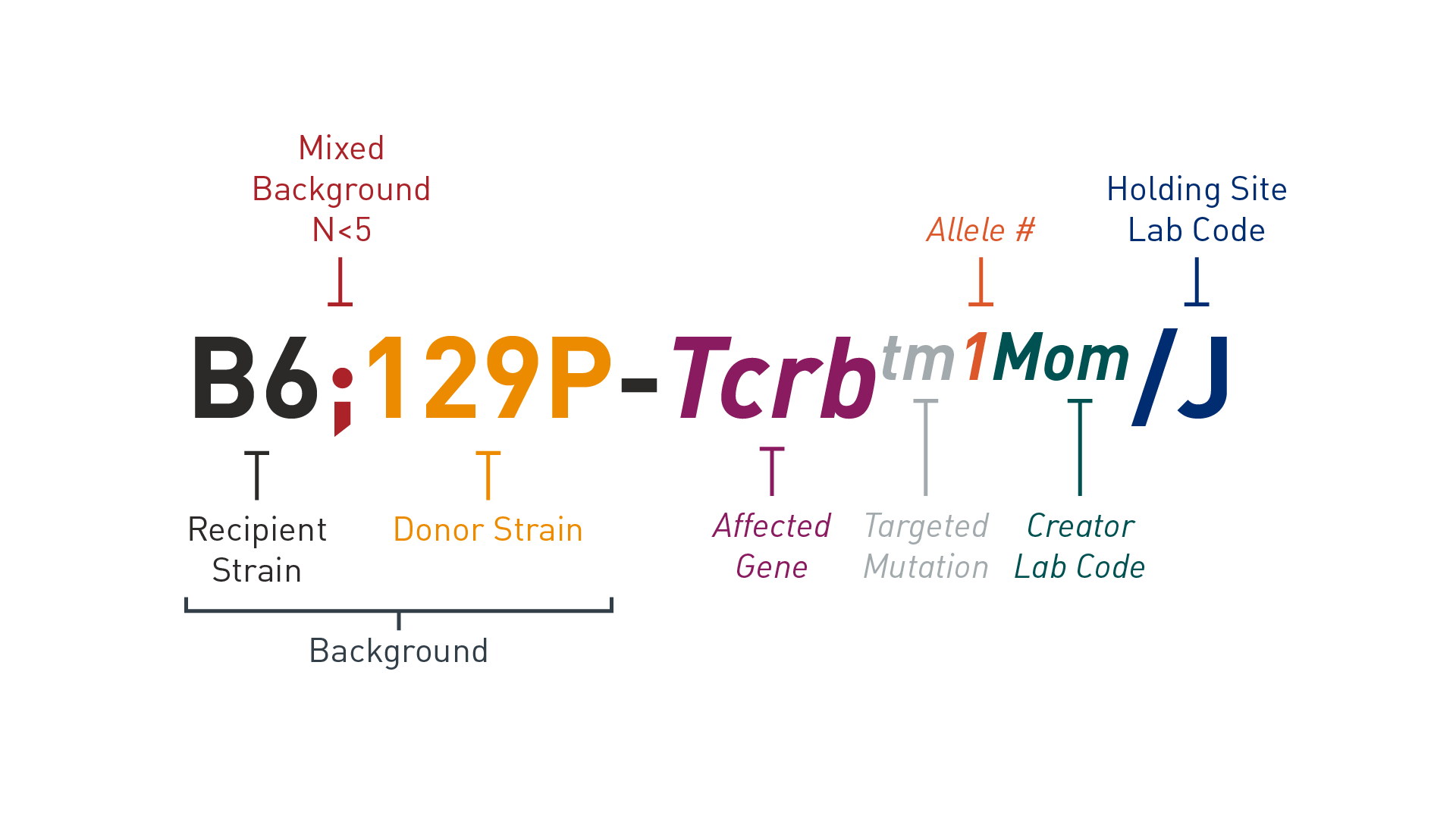 These mice contain an engineered fragment of DNA that is incorporated within the mouse genome generally by random insertion. The name also starts with the background strain first. What gives transgenic strains away is the “Tg” label before the symbols for the exogenous promoter driving a particular exogenous gene (that is why they are in all caps). 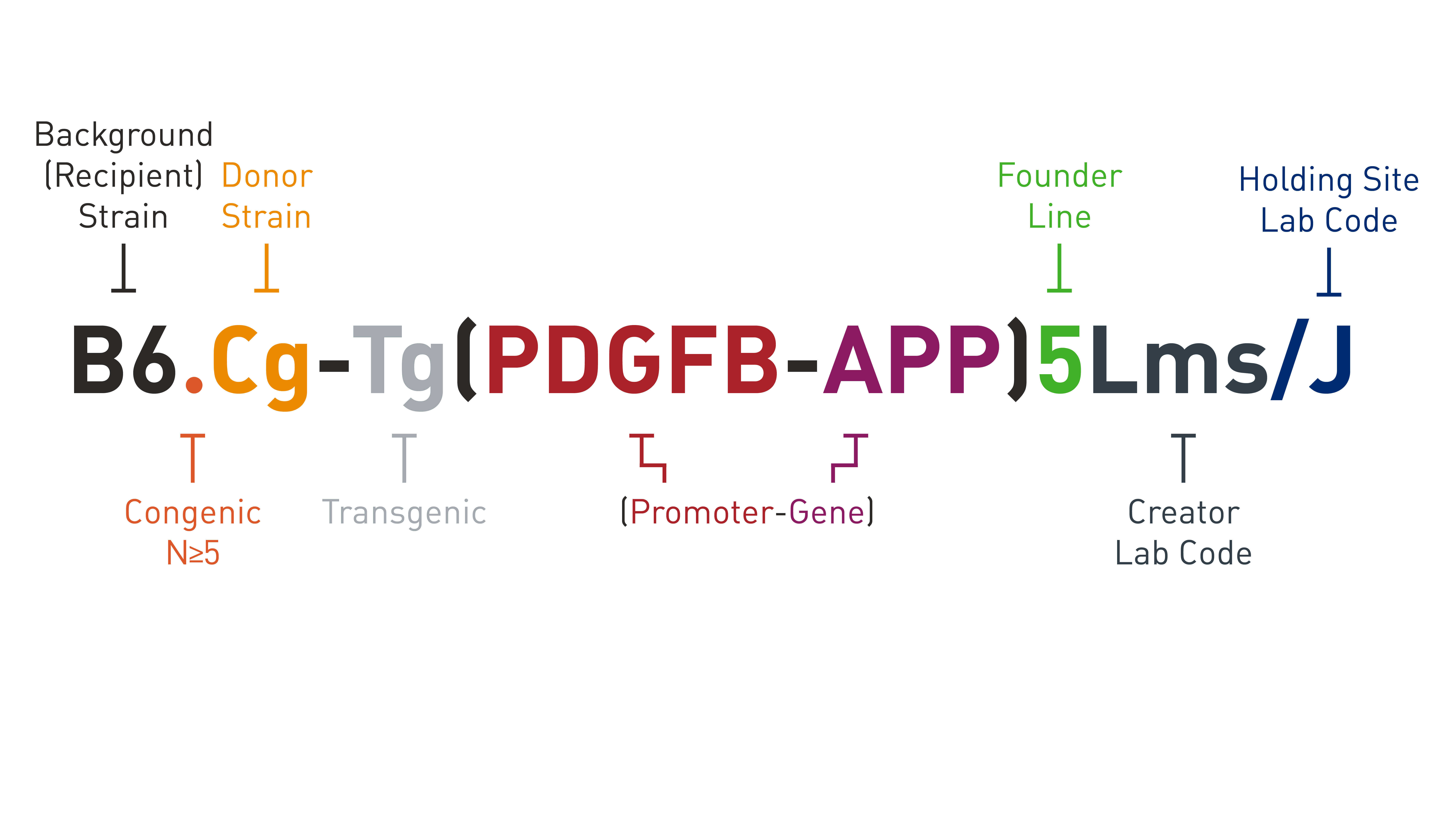 There are approximately 50 different C57BL/6 substrains, including C57BL/6J, C57BL/6NJ, C57BL/6Nmg, C57BL/6JKun, and C57BL/6JOlaHsd. They’re all genetically different, and, depending on which one you use, you will likely get different research results (Sluyter et al. 1999; Specht et al. 2001; Wotjak 2003). Knowing this is very important if you are doing research in the following areas: immunology, metabolism, cardiac function, PTSD, vision, or neurology (Radulovic et al. 1998; Stiedl et al. 1999; Freeman et al. 2006; Shimomura et al. 2009; Roth et al. 2002; Mahalow et al. 2003; Mattapallil et al. 2012). Knowing what substrain (or mix of substrains) you have can help you understand your strain’s expected phenotypic expression. Our Genome Scanning C57BL/6 Substrain Characterization Panel is a great resource that distinguishes between B6J (000664) and other B6N backgrounds.