Focused on sustainability at JAX 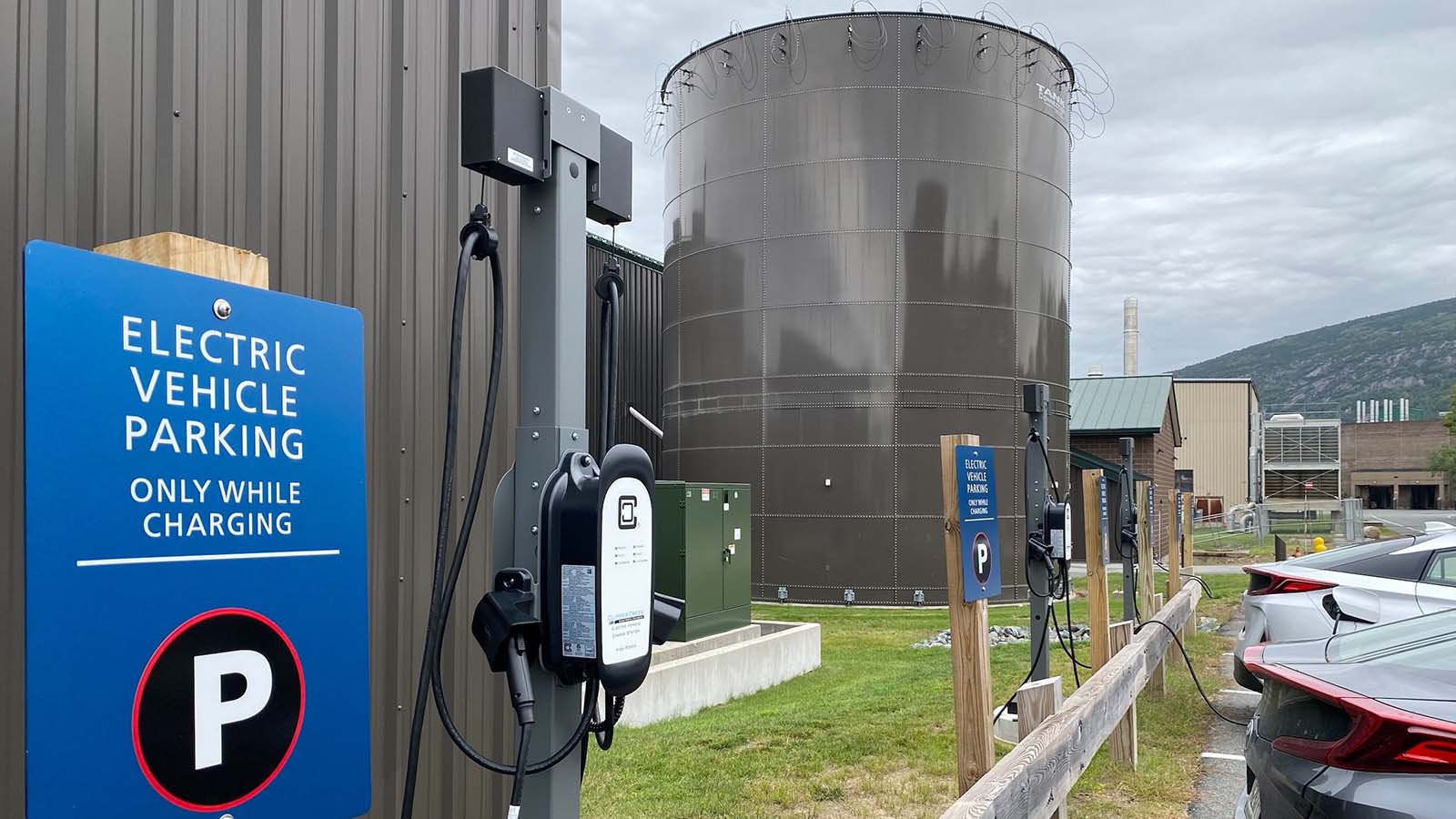 Some of the new EV charging stations at the JAX Bar Harbor campus.

Levi Rogers, JAX's new Sustainability Program Manager, is on a mission to bring green initiatives to JAX and help fight the existential threat of climate change.

Like many people who call Mount Desert Island home, Levi Rogers loves being outside. On weekends, he heads out for family-friendly hikes in Acadia with his three-year-old in tow. With views of mountains and ocean at every turn, “you really can’t go wrong,” he said.

But Rogers didn’t come to Maine just to admire the wilderness. He’s doing his part to protect it.

In April, Rogers became the sustainability program manager for the Jackson Laboratory. In this newly created position, he is spearheading a plan to make JAX more earth-friendly across all its campuses.

“I’m trying to bring people together to work to lower our environmental impact, maximize our positive impact on society, and find ways to do it using economically prudent approaches,” Rogers said.

Rogers grew up in New Hampshire surrounded by mountains and forests, which gave him an early connection to the natural world. He went on to study Environmental Conservation at the University of New Hampshire and later received an MBA in Sustainability. After a brief stint working on organic farms in New Zealand and New England, Rogers settled into a career in sustainability management at higher education institutions. Before coming to JAX, he spent eight years  at Skidmore College in upstate New York, most recently as the Director of Sustainability Programs and Assessment.

Rogers made the move to JAX in part because he was inspired by the organization’s scientific work.

“The work that happens here is incredibly important,” he said. “Finding ways to do what’s central to our mission in a way that’s more environmentally responsible and socially conscious will further distinguish the work of JAX.”

Rogers views sustainability as intrinsically connected to JAX’s goal to improve human health as climate change threatens lives and livelihoods around the world.

The effects of climate change are already being felt in the region around JAX’s Bar Harbor headquarters. The average temperature of the Gulf of Maine has risen by 3°F over the past century, driving iconic sea life like whales and lobsters farther north. As the growing season lengthens, disease-carrying ticks have become a greater threat to residents and visitors in coastal Maine. Rising sea levels and more severe weather could wipe out beloved Acadia landmarks like Thunder Hole and the Park Loop Road.

“It’s an existential threat that we’re dealing working with here,” Rogers said. “As an organization, we’re going to have to deal with climate change one way or another.”

Setting a green initiative at JAX

Rogers is starting by gathering data about current energy consumption, water use, and waste production at each JAX campus.

“It's not the most exciting part of sustainability work, but it's going to allow us to set a baseline and help us develop  data-driven goals and strategies to reduce our climate impact and improve the sustainability of the organization,” said Rogers.

While Rogers is at work planning to reduce JAX’s contribution to global climate change, he also hopes to act at a local level. Each JAX campus has a Green Team, groups of passionate employees who organize  Earth Day celebrations and launch new site-specific projects. Rogers is looking forward to working alongside the teams to support their efforts.

“The Green Teams are full of passionate and committed people,” Rogers said. “There's plenty of opportunities for green team members to take charge and ownership over projects that they feel are near and dear to their heart.”

In his new role, Rogers wants to make it easy for everyone to contribute to organization-wide sustainability goals. The new employee sustainability website on MyJAX includes a feedback form where anyone can submit an idea or observation.

“Somebody could say, ‘Hey, I leave at 6:00 every night. I'm the only one in the building and the lights are always on.’ That feedback would go directly to me, and it provides some accountability and an opportunity to make some operational changes,” Rogers said.

From reducing emissions to encouraging eco-friendly habits, Rogers aims to make sustainability part of the culture at JAX.

“I think there’s a certain responsibility for organizations to take action, and hopefully our leadership will encourage other organizations to do the same” he said. “The implications of climate change are upon us, and it makes sense for us to be proactive in building sustainability practices and climate resilience into operations. It positions us to do our work long into the future.” 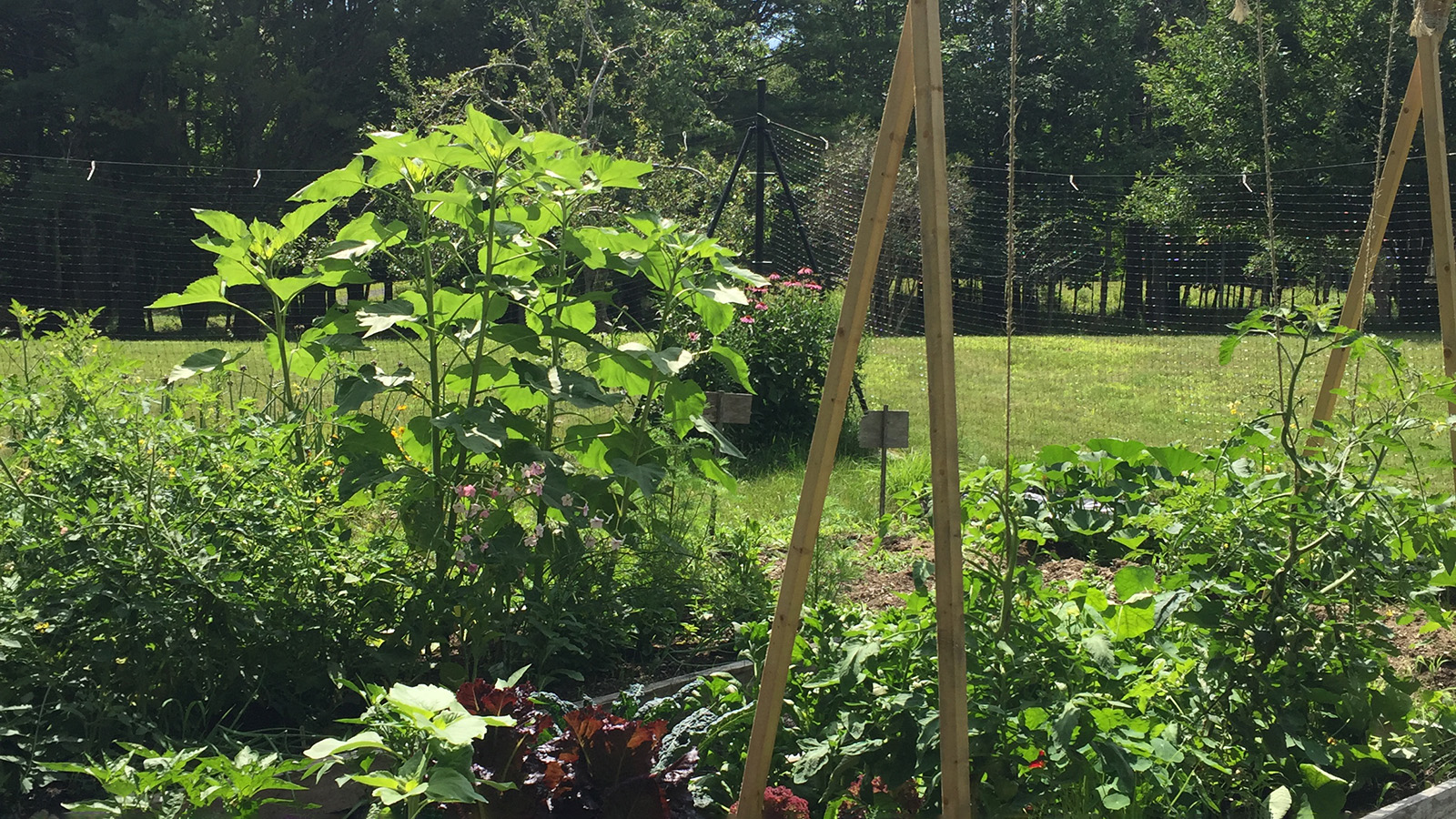 While JAX employees work hard to grow scientific knowledge, there’s something else that’s budding just a few minutes’ walk from the Bar Harbor campus. In its sixth growing season, the JAX Garden Club tends to a community vegetable garden that’s bursting with fresh veggies and herbs. At the start of each growing season in May, the club’s members decide which crops to grow. This year, the team planted lettuce, arugula, kale, peas, green beans, carrots, onions, potatoes, tomatoes, summer squash, and more. Come harvest time throughout the summer and fall, all the vegetables are donated to local food pantries. This club is open to all JAX employees on the campus.