The Jackson Laboratory, a nonprofit biomedical research institution, has announced the appointment of Bryan RobinsonLeads the development and advancement operations efforts for the purpose of increasing philanthropic support for the Laboratory’s mission. Bryan Robinson, Ph.D. as vice president for advancement. 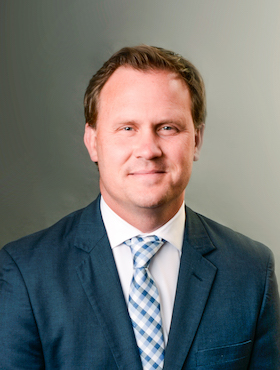 Robinson will lead the Laboratory’s advancement team and will be responsible for the philanthropic efforts in support of the JAX mission, which is to discover precise genomic solutions for disease and empower the global biomedical community in the shared quest to improve human health. Robinson will be based out of the Laboratory’s Bar Harbor campus.

“Bryan brings a wealth of fundraising and development experience in higher education, including health care education and research, and we are thrilled to have him at the helm of our Advancement team,” said Edison T. Liu, M.D., president and CEO of The Jackson Laboratory. “Philanthropy is a critical component to our success at JAX and we look forward to enhancing our program under Bryan’s leadership.”

“Philanthropy at The Jackson Laboratory affects real change and directly impacts the lives and health of others for the better,” said Robinson. “It is truly an honor to be a part of this very special community; and I am already passionate about the JAX mission. We are poised for tremendous growth, and I am enthusiastic for what the future holds.”

A Kentucky native, Robinson has a Ph.D. in Education and Social Change from Bellarmine University, a private institution in Louisville, Kentucky, including field research completed in London at the University of Roehampton. Bryan has also served as an appointed government official in the State of Indiana, as well as on numerous boards in the private sector and in academia.