How can we find a cure for Alzheimer's disease? 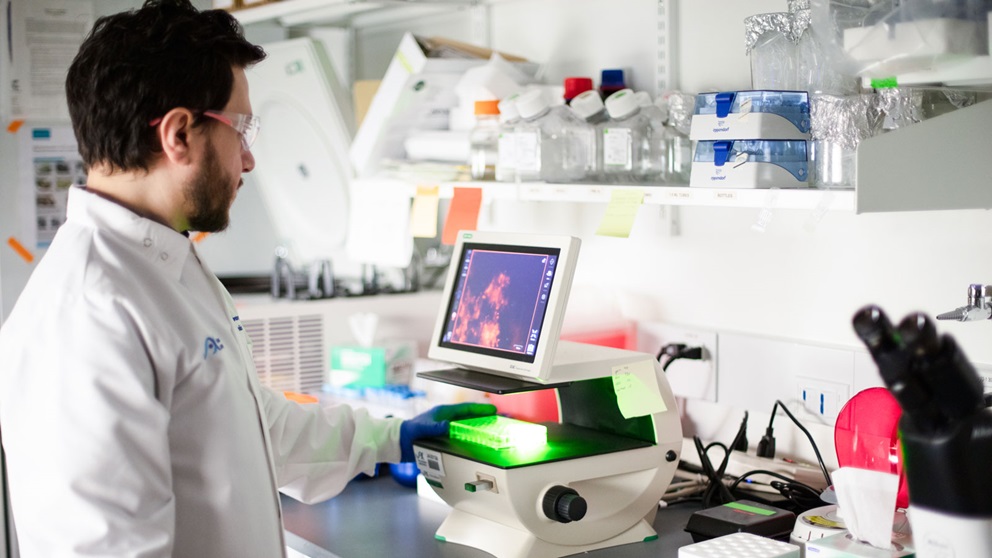 Alzheimer’s disease researchers have a difficult and noble cause: to figure out exactly what causes this complex, devastating disease and use the knowledge to develop preventatives or treatments.

Thus far those goals have remained elusive, and the field has struggled to  New Alzheimer's mouse models show how human diversity affects disease onsetA new genetically diverse mouse population is opening possibilities for translational research into Alzheimer’s disease that accurately recreates human disease symptoms and progression.figure out why . Indeed, a recent article came out criticizing a narrow focus on the so-called “  Alzheimer's disease and the complex puzzle of degenerationPowerful new tools and scientific methods will help researchers investigate Alzheimer's disease in ways that simply weren’t possible only a few years ago. amyloid hypothesis, ” which posits that decreasing beta-amyloid plaques in neurons is the key to successful medical interventions. That amyloid plays an important role during Alzheimer’s disease progression is hardly under dispute, but its value as a therapeutic target increasingly is.

Unfortunately, all candidate therapies that remove amyloid have failed in clinical trial thus far, suggesting that medical progress depends on finding other targets and/or discovering how to identify high risk patients and pre-symptomatic disease pathways for early intervention.

The annual Alzheimer’s Association International Conference (AAIC), which attracts researchers, clinicians, patient and caregiver advocates, and others from around the world, showcases the latest developments in disease research and care each year. After this year’s conference, I thought about where the field is now, and how it can accelerate progress toward effective medical interventions.

Investigations into the genetics underlying risk have provided many other areas to explore. Immune response and inflammation in the brain are high on the list, and the role of microglia (the central nervous system’s immune cells) is subject to intensive study. Or immune activity may work in concert with vasculature dysfunction, such as a “leaky” blood-brain barrier that allows macrophages from the general circulation into the brain. Clues from behavioral risk factors—exercise and healthy diet lower risk, and sleep dysfunction raises it—also point to possible disease mechanisms beyond simple amyloid accumulation.

It’s quite a complicated situation—“clouds of witness,” as it were, to quote Dorothy Sayers. In her book, she depicts a crime scene with an abundance of clues, many of which confuse the situation instead of helping solve the crime. In Alzheimer’s disease, it’s challenging to figure out exactly what combination of genes, behaviors and other factors add up over the decades to yield cognitive decline in some people. And why other people, who you’d think would be at high risk, retain normal cognitive function as they age.

A feature of AAIC is that it brings to bear different perspectives, from basic research to post-diagnosis patient care, on the narrow topic focus. It’s therefore quite easy to get a clear picture of where we are now in the clinic as well as in the lab. It also includes the work being done to improve the tools now available to front-line doctors and caregivers.

Yes, clinical data is beginning to accumulate, and it’s providing some interesting clues regarding risk and resilience to disease. Some interesting associations are emerging beyond the well-known presenilin mutations, the most common cause of familial Alzheimer’s disease, and ApoE4 gene variant, which increases the risk for the far more common late-onset Alzheimer’s. But large-scale genetic inquiries are still in the very early stages, with relatively few sequences available. And with people’s nearly infinite environmental variables, finding precise disease equations can be difficult. Until we know the biology of Alzheimer’s and determine exactly what tips the scales to disease and large-scale neuron death, clinical care is most likely going to remain largely ineffectual.

One example of a current clinical effort is investigating what is known as subjective cognitive decline (SCD) in patients. Studied only in the past decade as a possible early marker for patients at risk for subsequent cognitive impairment, research into SCD indicates it may be a useful clinical diagnostic. In a way, it’s the latest and greatest early stage diagnostic obtainable before more serious cognitive issues would lead to a PET amyloid scan or even spinal tap to provide biological data. On the other hand, anything with the word “subjective” in its actual name makes basic scientists quite wary. And, to be frank, it’s a highly imprecise metric, subject to variance both in how the patient reports symptoms as well as the mechanisms used to obtain that information. I can’t help but think that it will be hard to gain significant diagnostic insight from clinical data if this is one of the best tools clinicians have to spot early stage disease.

The mouse model and Alzheimer's research

Over the years, the tools available to researchers have also had limitations. Work with animal models for the disease over the past 25 years has yielded a great deal of biological knowledge but not the insight needed to translate it to medical progress. That has created a backlash, and some recent studies have even suggested that the differences between mouse and human brain biology may preclude successful translation between species. So, given the difficulty of diagnosing Alzheimer’s disease; the still limited amount of human data involved; the challenges with modeling it in research; and the disease’s time frame, complexity, and variability between patients, what hope do we have for progress during our lifetimes?

After AAIC I am more convinced than ever that our hope remains in animal model research even though it may buck the trend in light of the latest criticisms. I understand that it’s true that research model organisms differ in important ways from human patients, so discoveries in them will never translate with 100% efficacy. And to be sure, prior work has been limited to mouse strains that haven’t done a great job of recapitulating human disease pathways. Using mice with specific familial disease mutations and overfitting them to the much more common sporadic forms of the disease also contributed to well-publicized clinical trial failures. But new research capabilities provide the ability to characterize the differences between animals and humans with high precision, and it’s now possible—and essential—to use that knowledge in the design of experiments and interpretation of data. 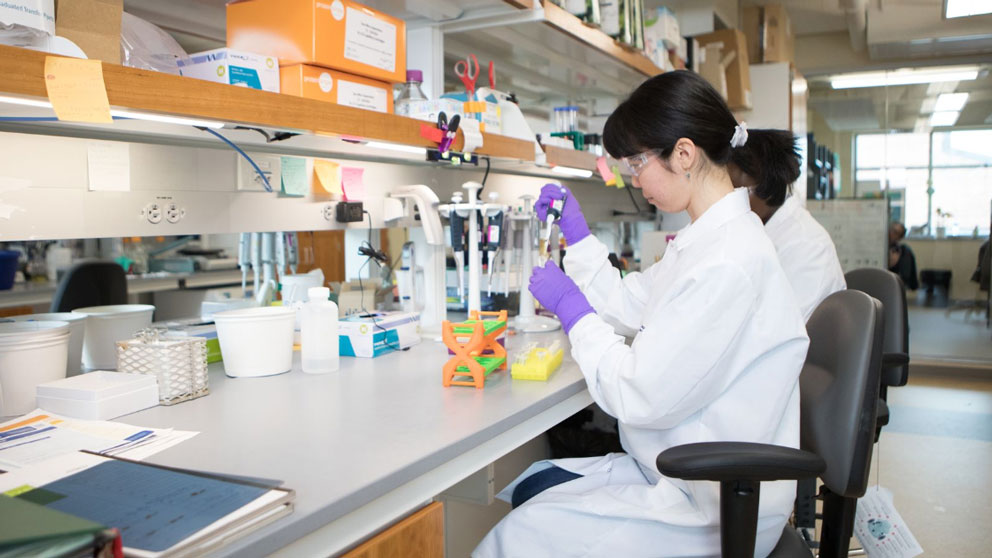 Resilience in our genetic background?

More powerful research methods also allow for detailed assessments of disease pathology and molecular pathways in both human patients and mice to guide the mouse-based research. It provides vital validation between a trait in mice—such as neurodegeneration—and the same trait in humans. Beyond merely observing neurodegeneration in mice, scientists can probe neuronal dysfunction to see how well it mirrors that of human patients. What is going on in neurons under stress? And where is the stress coming from—chronic inflammation or accumulation of amyloid and/or tau or a combination or something else entirely? And why do the neurons ultimately die? Probing these questions in mice over 24 months will provide clues for human disease that would take decades to unravel in patients. In the end not all of the clues will be relevant, of course, but some will yield molecular targets for therapy and perhaps biomarkers for early disease that wouldn’t be otherwise identified.

This new focus on genetic diversity and molecular mechanisms brings new possibilities to a field that needs them.

Researchers can also probe the genetic differences that underlie differences in disease onset and progression. There is no precise blueprint for Alzheimer’s disease, even for those who have rare, penetrant familial mutations that cause it. Some patients have an earlier onset and more severe disease than others, and it’s important to find out what other genes confer relative resilience or susceptibility. But how can you do that with human patients? Posthumous brain samples provide a small window of opportunity, but the numbers are limited (the study that’s been causing much of the recent fuss derived its data from only eight donor brains), and there’s no way to know environmental influences and many other factors that could have affected the disease. Work with validated mouse models provides the ability to control environmental variables, particularly exercise and diet,  New Alzheimer's mouse models show how human diversity affects disease onsetA new genetically diverse mouse population is opening possibilities for translational research into Alzheimer’s disease that accurately recreates human disease symptoms and progression.in addition to genetic background . Insight into protective mechanisms in the mouse brain provides an excellent starting point for finding protective therapies or even preventatives in people.

Alzheimer’s disease is devastating for patients, families, and potentially society. Experts predict that the number of cases will more than triple over the next 30 years. The need to find an effective therapy or, better yet, preventative treatment, is growing. Gathering more data from human patients is a critical component of the effort moving forward. But using that insight to improve model organism research is essential as well, and it is now possible to create iterative experimental platforms that connect human and experimental data to improve research and increase medical knowledge.

The new focus on genetic diversity and molecular mechanisms brings new possibilities to a field that needs them. Maybe the early mechanisms of amyloid deposition will yet prove to be the key for therapy, or perhaps not. But the time is right for a fresh push in the field, and the results have the potential to benefit millions in the years ahead.