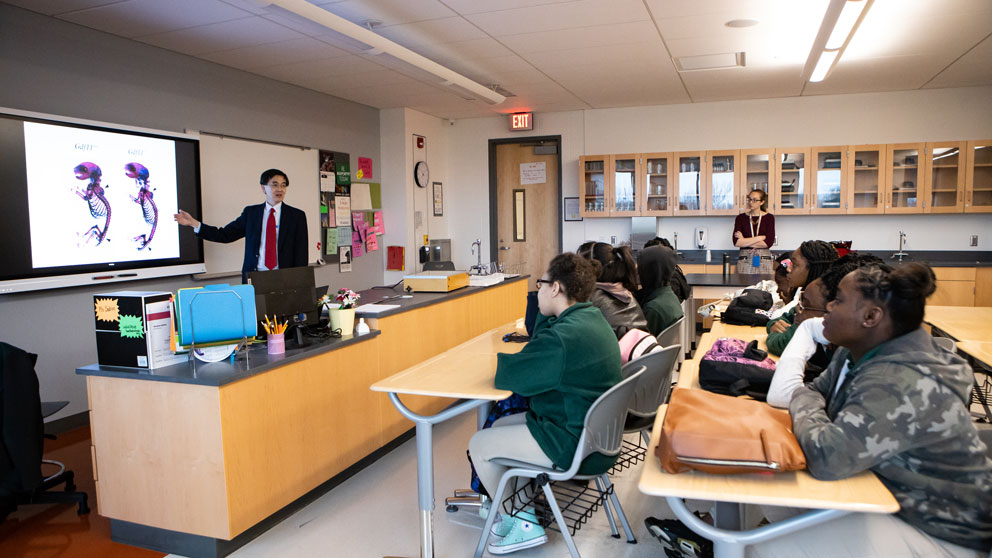 A mission to study muscle and bone loss on the ISS also launches a STEM project.

Over the course of about four weeks on the International Space Station (ISS), researchers will determine the effect of microgravity on   Mice in SpaceA study onboard the International Space Station will help scientists understand how to prevent muscle and bone loss in astronauts during space flight.JAX's Mighty Mice — genetically engineered mice that lack myostatin and therefore display increased muscle mass.

Microgravity greatly accelerates the deterioration of both muscle and bone. The study will not only help scientists understand how to prevent muscle and bone loss in astronauts during space flight, especially on longer missions, but will also be tremendously valuable in developing treatment strategies to prevent muscle degeneration in humans on Earth — for example, in elderly populations, and people with rare diseases or conditions that cause muscle-wasting.

And back on earth, in conjunction with the research project on the ISS, JAX is partnering with an honors biology class at Weaver High School and an introductory biology class at Kinsella Magnet School, both in Hartford, Conn., to involve the next generation of future scientists in this project.

Se-Jin Lee, M.D., Ph.D.Regulation of mammalian development and adult tissue homeostasis by growth and differentiation factorsSe-Jin Lee, M.D., Ph.D.   of JAX and UConn Health received a grant from the Center for the Advancement of Science in Space to conduct these experiments onboard the International Space Station (ISS) during the December 2019 - January 2020 mission.

Of mighty mice and menPioneering scientist Se-Jin Lee, a leader in the study of muscle development, moves his groundbreaking research program to JAX.se-jin-lee-of-mighty-mice-and-men

Lee’s 1997 discovery of myostatin, a molecule involved in regulating muscle growth, was a major breakthrough in understanding muscle-wasting diseases. Part of a large group of molecules known as the transforming growth factor-beta (TGFß) family, these proteins play diverse roles not just in muscle development, but in a multitude of biological processes, from establishing the body’s basic pattern during the earliest stages of life to guiding the proper form and function of organs like the kidney.

Lee’s collaborators on the ISS experiments include other JAX scientists and Emily L. Germain-Lee, M.D., an expert in hereditary bone disorders at UConn School of Medicine and Connecticut Children’s Medical Center.

Lee and Germain-Lee visited both classes in November, leading discussions on the value of mouse models in genetics research and the importance of muscle and bone research on human health. Once the experiments launched on the ISS are complete in early 2020, the students will use the collected data to develop scientific and data analysis skills aligned with Next Generation Science Standards, and to conduct their own independent research projects about muscular and bone degeneration.

JAX Education Director Sarah Wojiski, Ph.D., and Christina Vallianatos, Ph.D., genomics educator for STEM and undergraduate education, arranged and attended the school visits. “In addition to having direct access to the scientists,” Wojiski says, “the students are also going to be immersed in this research project and will have the opportunity to learn about all of the different types of career paths that might be available to somebody who has an interest in science.”

It's not just about becoming a doctor or even a scientist in a white lab coat in a research laboratory, Wojiski notes. “There are many different ways that one can be involved in STEM research. So this will be a great opportunity for these students to get exposed to all of those options that are available to them.”