Bar Harbor, Maine -- The New York Academy of Medicine has awarded the prestigious 2015 Lewis Rudin Glaucoma Prize, recognizing the outstanding contributions of physicians and scientists working on the challenges of glaucoma, to Krishnakumar Kizhatil, Ph.D., an associate research scientist in the laboratory of JAX Professor and Howard Hughes Medical Investigator Simon W.M. John.

The Rudin Glaucoma Prize recognizes the most significant scholarly article on glaucoma published in a peer-reviewed journal in the prior calendar year. Recipients are nominated by their peers, and a winner is chosen by The New York Academy of Medicine’s Lewis Rudin Prize Selection Committee and approved by the Academy Board of Trustees. The Prize carries a $50,000 award.

“It is an incredible honor to have been awarded the Lewis Rudin Glaucoma Prize,” Kizhatil said. “I thank the New York Academy of Medicine for choosing my paper. This work would not have been possible without the support of Dr. Simon John. I would also like to acknowledge the contributions of my co-authors to the paper. Finally, I would like to thank The Jackson Laboratory and Howard Hughes Medical Institute for their continuing support.”

This is the third Rudin Glaucoma Prize to go to a JAX scientist. John won the Prize in 2004, and Assistant Professor Gareth Howell, while a research scientist in the John lab, was the 2014 recipient.

The Academy recognized Kizhatil for his 2014 research paper, “Schlemm’s canal is a unique vessel with a combination of blood vascular and lymphatic phenotypes that forms by a novel development process.”

“For 100 years it has been suspected that most cases of glaucoma are caused by problems in the part of the eye that normally drains fluid (‘Schlemm's canal’),” said chair of the Lewis Rudin Glaucoma Prize David H. Abramson, M.D., FACS, professor of ophthalmology at Weill-Cornell Medical School and chief of the Ophthalmic Oncology Service at Memorial Sloan-Kettering Cancer Center. “Dr. Kizhatil and colleagues have utilized sophisticated molecular techniques to study this area of the eye and demonstrated that the area has features of both a blood vessel and a lymphatic vessel. This opens up new territory for understanding and treating the basic cause of glaucoma in humans.”

Kizhatil’s research is focused on unraveling the molecular basis of intraocular pressure elevation, which is a key causal risk factor for glaucoma. Kizhatil received his Ph.D. from the University of Tennessee under the mentorship of retrovirologist Lorraine Albritton. He completed his postdoctoral studies with Howard Hughes Medical Investigator Vann Bennett at the Duke University Medical Center. His honors include the Barbara and Joseph Cohen Young Investigator Award.

The Lewis Rudin Glaucoma Prize of The New York Academy of Medicine was established in 1995 in honor of Lewis Rudin, the late New York City real estate developer and founder of the Association for a Better New York. The prize is funded by the May and Samuel Rudin Family Foundation, Inc., with additional support from Jack Rudin, Chairman of the Rudin Management Company. The Rudin Family has a long tradition of service and philanthropy in New York City.

The Jackson Laboratory is an independent, nonprofit biomedical research institution and National Cancer Institute-designated Cancer Center. It employs 1,700 staff, and its mission is to discover precise genomic solutions for disease and empower the global biomedical community in the shared quest to improve human health. 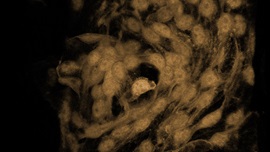 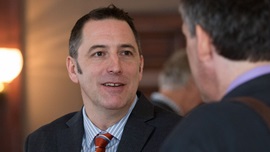 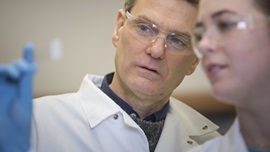