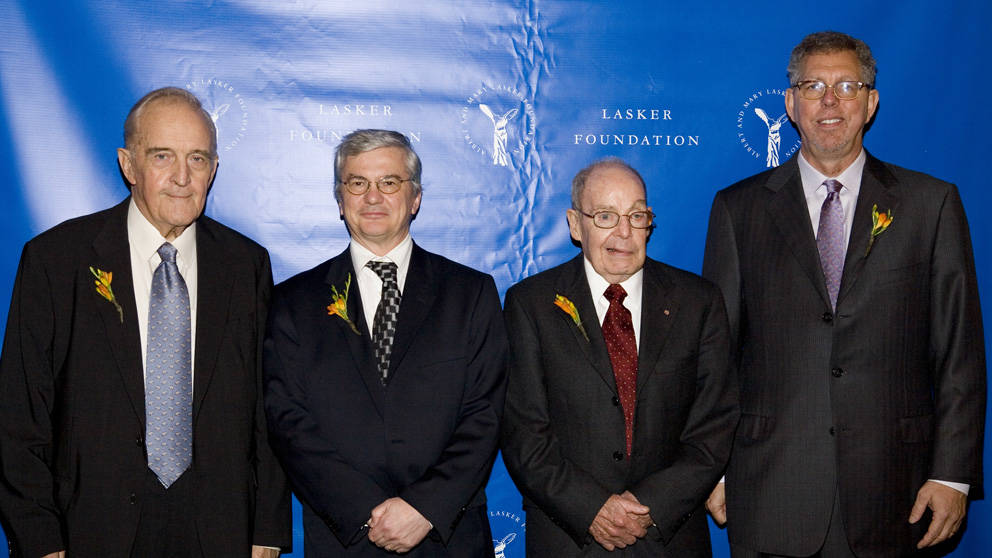 The late Jackson Laboratory Professor Emeritus Douglas Coleman, Ph.D., was renowned for discovering leptin. He made headlines in 2013 by winning two more international science awards for his research in the 1960s and 70s: The Frontiers of Knowledge Award in Biomedicine (Spain) and the King Faisal International Prize in Medicine (Saudi Arabia). These add to a highly prestigious awards list, which also includes the Gairdner (Canada), Shaw (Hong Kong) and Lasker (United States) awards.

But exactly what is leptin, how does it work and why is it important?

Leptin is a hormone that plays a critical role in long-term regulation of energy balance by suppressing food intake and thereby inducing weight loss. It is produced by adipose tissue (fat) in proportion to the amount of fat stores. It circulates in the blood stream and signals to the brain that the body has sufficient energy after enough food has been eaten. In response, appetite is suppressed and energy expenditure allowed. The absence of functional leptin or its receptors in the brain leads to increased food intake and reduced energy expenditure, contributing to obesity.

Taking additional leptin can reduce obesity if the cause is lack of leptin itself. Unfortunately, leptin supplements have no effect if there are problems with leptin receptors or other checks and balances associated with energy management. Therefore, research is ongoing into leptin's exact interactions with other compounds in the body and the many other underlying causes of obesity.