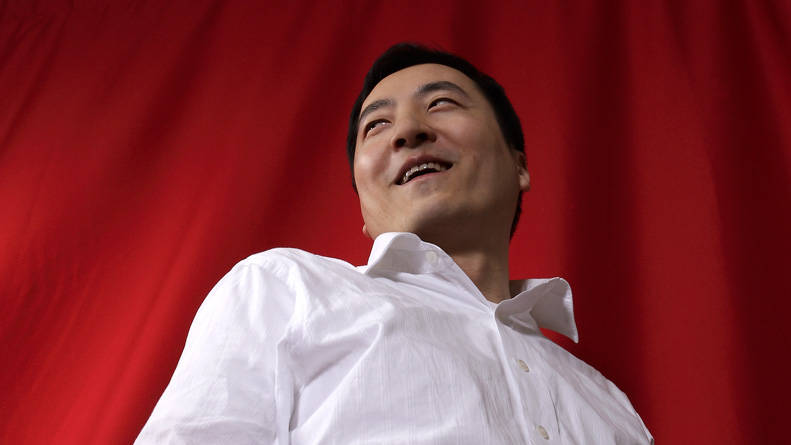 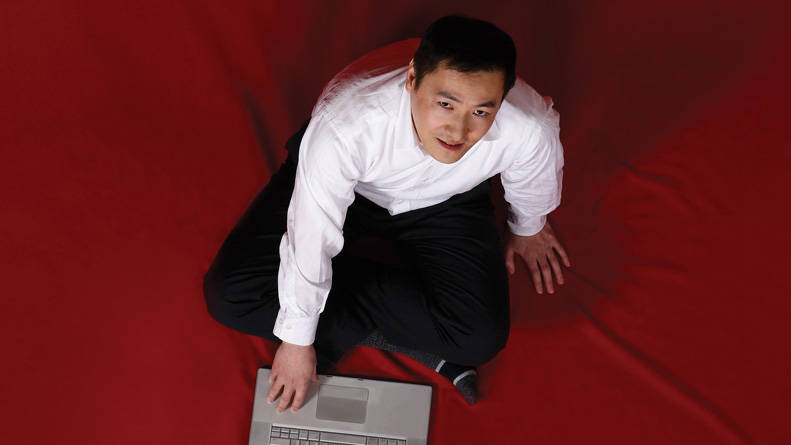 "I was supposed to be a doctor in a hospital, but during my fifth and last year of medical school, while doing my internship at a hospital in Tianjin, I began feeling that I was not suitable for this job," he says. "It offered no satisfaction to me in that, when you see patients, in many cases you're not curing them. You are just relieving their pain and ameliorating their symptoms. They may temporarily get better, but you're not curing them."

His pursuit of cures led him to the world of research, and he has quickly made his mark as a bold, original researcher. The significance of his work has earned him multiple awards, including the prestigious 2010 National Institutes of Health Director's New Innovator Award, presented by NIH Director Dr. Francis S. Collins. The New Innovator awards are made to the nation's most innovative and promising biomedical researchers and are designed specifically to support the research ideas of unusually creative investigators early in their careers. Dai's award provides $2,695,000 over five years to help underwrite his research.

Dai says he was drawn away from clinical medicine to basic biomedical research because in research, he could discover the mechanisms underlying human diseases, take risks and, along the way, make mistakes.

I felt I could contribute more to finding cures for human diseases by doing research.

"In medicine, you can't make a mistake," he says. "It's too risky for the patients. You have to follow the rules and the established protocols exactly. I felt I needed to do some sort of challenging, exploratory job where it's okay to fail or to make a mistake. Basic research was a better fit for my personality. Besides, I felt I could contribute more to finding cures for human diseases by doing research."

After completing medical school, Dai stayed in Tianjin for graduate school, studying autoimmune disease in the thyroid gland. It was there he started using rodent models of human disease, experimenting with rats, which have considerably larger thyroid glands than do laboratory mice.

"That experience made me appreciate the value of animal models to biomedical research," Dai reflects. "If you want to study human diseases, there is no better way than recapitulating the whole disease process in living animals. Then, you can ask really critical questions—how the disease occurs, how the disease progresses and whether your treatments are effective."

His circuitous path toward his Ph.D. brought him in 1998 from China to the University of Texas-Houston Health Science Center. There he did research on human gliomas, one common type of brain tumor, at the M.D. Anderson Cancer Center. He followed his thesis advisor, Eric Holland, to the Memorial Sloan-Kettering Cancer Center in New York, where he completed his doctorate. His thesis work focused on understanding which mutations trigger glioma formation in humans and which cell types inside the brain actually give rise to these life-threatening tumors.

Dai's postdoctoral fellowship took him to Cambridge, Mass., where he conducted cancer research at the Whitehead Institute for Biomedical Research. Instead of accepting an offer from a well-known cancer research laboratory, he decided to join Susan Lindquist's laboratory that had been working on a totally different topic.

"Retrospectively, I may have been a bit naive and overconfident," he says. "I was fascinated by cancer research, but I wanted to do it from a new perspective, something different. I was actually the first postdoctoral fellow who ever conducted cancer research in that laboratory. I have to say, it was risky, but I did benefit a lot in that intellectual environment. Fortunately, I did not fail, and I started thinking about cancers from a different point of view."

Dai was hired as an assistant professor at The Jackson Laboratory in December 2008. Ever since, he's been busy recruiting and overseeing a hand-picked research team that is studying how and why cancer cells can multiply at will. He and his staff study a family of proteins called heat-shock or stress proteins, which normally protect healthy cells from environmental stressors. In cancer, however, these proteins change allegiance and instead help to protect cancer cells, allowing them to grow and divide rapidly.

"A particularly intriguing aspect of Dr. Dai's research involves a new way of approaching cancer biology," says Professor Robert Braun, Ph.D., The Jackson Laboratory's vice president for research. "Chengkai's concept of what he terms 'stress-response addiction' suggests that the same mechanism that can protect healthy cells from damage is also essential in allowing cancer tumor cells to survive and become malignant. He is the first to propose that the stress-response mechanism allows an accumulation of genetic diversity that is crucial for tumor cells to evolve. Understanding this mechanism has the potential to revolutionize our understanding of tumor progression and to provoke novel thinking on strategies for attacking tumor cells."

Dai is confident that his stress-response research will have broad clinical applications through development of new cancer-treatment strategies. "This is research in which we are trying to understand the mechanisms of what caused the cancer. Once you understand these mechanisms, you can understand the weakness of the cancer and how to attack that weakness to prevent and cure the cancer," he says. "Ultimately, once you understand these mechanisms, we'll move into translational work in terms of how you can apply what we've learned to human cancer therapy. The long-term goal is identifying an approach that effectively inhibits this stress response in human cancers."

Dai’s work already has earned him widespread recognition. He received the Children's Tumor Foundation Young Investigator Award and the Ellison Medical Foundation New Scholar in Aging Award prior to the recent NIH award, which will help his research at the Laboratory for years to come.

The NIH New Innovator award "means a lot to me, and I think this really helps young scientists to think boldly in pushing the field forward," says Dai. "This grant will allow me to pursue some highly innovative ideas, which may have profound impacts on our fundamental understanding of cancer biology and on designing future anticancer therapies. I feel very honored to be among the very small group of young scientists who received this award. What these awards encourage is risky, high-impact research, and my research fits into that criteria. It's bold and it's risky, but could potentially have a huge impact."

Dai's wife, Yishu He, is also on staff at the Laboratory. With master's degrees in both computer science and statistics, she works with the Computational Sciences Service group. While both Dai and his wife grew up in Tianjin, a city less than 100 miles north of Beijing with more than 12 million residents, they never met until they were both working in greater Boston. "I am really lucky to have married her," Dai says. "I would not have these achievements without her support and sacrifice."

Ask Dai about his interests outside of research, and he'll laugh out loud. "Frankly, most of the time I'm working," he says. "But when I'm not, I like to relax at home with my wife. We like watching movies together. We also enjoy traveling. It is exciting to visit new places and experience different cultures. I still clearly remember our first trip to Bar Harbor in late summer of 2006. It was our wedding anniversary and we were truly impressed by the beauty of Bar Harbor and the national park. Now, we both work and live here."