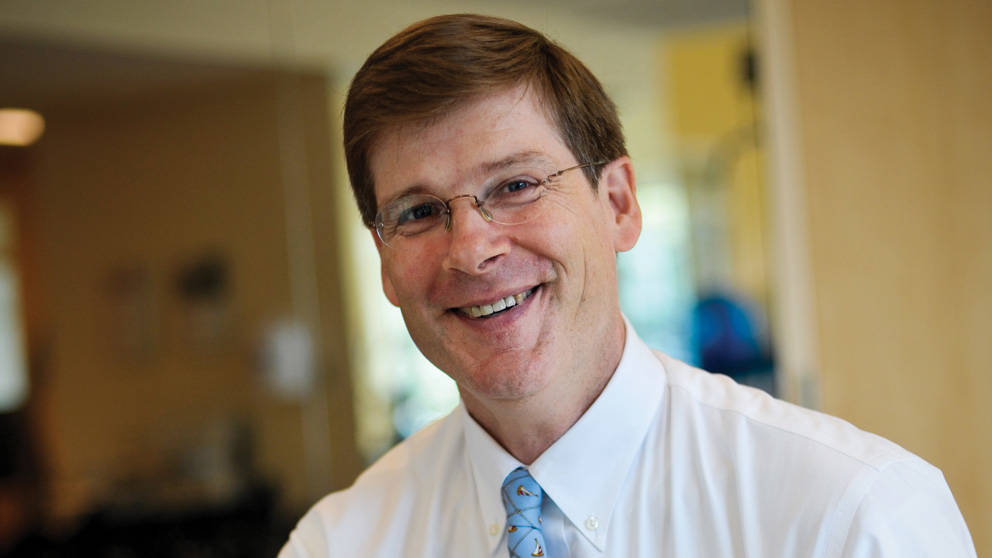 The average American's lifespan has increased dramatically in the last century to 78 years for a child born today. But the typically poor quality of those additional years dismays New York physician Henry S. Lodge, M.D.

"Americans are outliving the quality of their life by a good decade," he says. "I call it the threat of the new longevity."

Lodge, a primary care internist who heads a 23-doctor practice in Manhattan, is co-author of Younger Next Year: Live Strong, Fit and Sexy Until You're 80 and Beyond, a book aimed at helping people make the last third of their lives the best. Indeed, co-author Chris Crowley is an elderly patient of Lodge's who followed the book's prescription to revitalize his own health.

Younger Next Year, including a special edition for women, is a New York Times bestseller that has sold more than 800,000 copies in 13 languages since 2004.

Lodge was the keynote speaker at The Jackson Laboratory's annual National Council Discovery Day program for Laboratory supporters in 2010. The Search caught up with him before his presentation on genetics and aging.

Q: You say that living well the last third of your life is 30 percent genetics and luck, and 70 percent lifestyle. Can you explain?

A: Seventy percent of illness and early mortality comes directly from lifestyle diseases—heart disease, stroke, diabetes, Alzheimer's, etc. Only about 3 percent of Americans are following the Surgeon General's recommendations. If you go to any nursing home, there are two enormous groups of people, those who became demented and those who got weak. Dementia is far more a lifestyle disease than people used to think, and weakness is almost entirely a lifestyle choice. That sits on top of your genetics, so if you are genetically wired to be pretty resistant to that stuff, then you'll do fine. But if you're genetically susceptible, then God help you.

If you want the outcome of health and vitality and mental fitness and emotional fitness, you can take your genetic wiring there with remarkable power. If you want to gain a hundred pounds, get depressed, have no friends, and get osteoporosis in a nursing home, that road is pretty clear too. Most Americans are on the misery path, but a substantial and growing number are actually on the path to living great lives as they get older.

Q: Your book lists "Harry's seven rules" for a healthier life after 50, and they fall into three core recommendations: 1) exercise vigorously six days a week, including aerobic workouts and strength training; 2) eat a calorie-conscious, nutritious diet; and 3) lead a socially engaged life based on caring, commitment and connection. What is the relative importance of these three prescriptions?

A: [If you had to pick one biology to see you through, it would be the emotional element. "Care" is first, then exercise and nutrition. And care and exercise are closely related. The energy that comes from exercise puts you up and out and alert, and ready to engage.

Q: You say that exercise is turning out to be more important to health than we recently thought. How so?

A: The stunning new area since the book was published is the role of exercise in brain health. You actually grow new brain capacity with exercise. For the stuff we fear most about aging—loss of cognitive abilities—exercise is responsible for growing large amounts of new brain in those areas.

Q: Nutrition guidelines are ever changing and confusing to consumers. What's your advice?

A: It's becoming clearer and clearer that too many calories is a bigger problem than what the calories are. It's probably the massive quantity that does most of the damage. It's all about portion control.

Q: As a man in your 50s, how closely do you follow Harry's seven rules?

A: I follow them really closely. They turn out to be such bedrock truths that I've really appreciated having to follow them. They've made my life so much better. If somebody made each of us follow them, we'd have remarkably better lives.