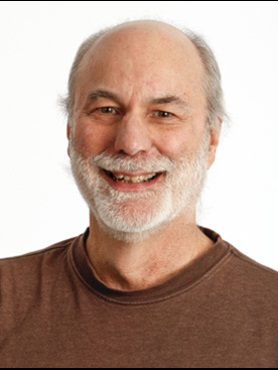 Jackson Laboratory Professor John Eppig, Ph.D., widely acknowledged as a pioneer in reproductive biology, was honored with the 2007 Pioneer in Reproduction Research Lectureship Award from the Frontiers in Reproduction Research Program. The award, recognizing Dr. Eppig as an outstanding reproductive biologist and reflecting the esteem of his peers, was bestowed at a ceremony at the Marine Biological Laboratory in Woods Hole, Mass.

"It's incredibly exciting and gratifying to know your colleagues in the field of reproductive biology think highly enough of you to give you an award. It's really a thrill," said Dr. Eppig.

Dr. Eppig joined The Jackson Laboratory in 1975 and has focused on reproductive biology ever since. He is probably best known for being the first to successfully produce live offspring from primordial oocytes developed completely in vitro (Eppig et al. 1996). He has also been researching how the oocyte-cumulus cell complex matures. One facet of this research has involved determining how the oocyte-derived members of the TGFb superfamily, particularly growth differentiation factor 9 (GDF9) and bone morphogenetic protein 15 (BMP15), regulate follicular function and ovulation. Eppig and his laboratory found that, to compensate for their metabolic deficiencies, mammalian oocytes promote metabolic pathways in cumulus cells. In analyzing the transcriptomes of cumulus cells from wild-type, Bmp15-deficient, and Bmp15-/- Gdf9+/- double mutant mice, he found the following:

Dr. Eppig has also been instrumental in establishing and directing The Jackson Laboratory Reproductive Genomics Program (reprogenomics.jax.org), the goal of which is to produce, characterize and map new mouse models of infertility and make them available to the wider scientific community (JAX® NOTES 2007).

Bolcun-Filas studies the genetics of fertility and ways to protect fertility in cancer patients: especially the molecular…

In a paper in Genes & Development, Assistant Professor Chris Baker led a team that shows two proteins, PRDM9 and HELLS, form a complex that binds to hot spots and…