1968: The year Tibby Russell conducted the first successful bone marrow transplant in mice to cure a disease (anemia) • 41: Years spent at The Jackson Laboratory • 1955: Year in which Tibby Russell published her discovery of the first mouse model for muscular dystrophy

Your privileges include all Margaret Green Signature Society privileges, plus: 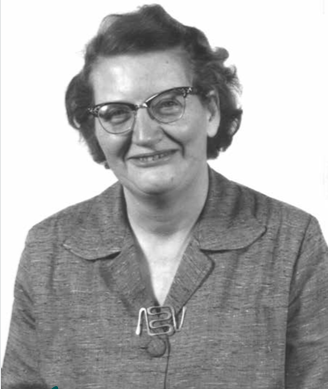 When Elizabeth “Tibby” Shull Russell, Ph.D., passed away in 2001 at age 88, she left a legacy of personal strength and determination. She was an outstanding geneticist, who, because she was married to another JAX scientist, could not be on the payroll and worked as an unpaid investigator at the Laboratory until 1947, when they divorced. Her contributions include the first successful bone marrow transplantations in mice to cure anemia.

That same year, 1947, a fire destroyed the Laboratory. Russell was chosen to coordinate the long and laborious retrieval of Jackson Laboratory mice from scientists around the world so that the lost inbred strains could be reestablished. She was then instrumental in creating a completely isolated facility at JAX to protect all the inbred strains represented.

Russell repeatedly demonstrated the usefulness of mouse models for the study and development of therapies for genetic human diseases. The first model for muscular dystrophy was discovered in her mouse colony. The successful bone marrow transplantations she and her colleagues performed in the 1960s on mice preceded the development of similar treatment protocols for humans. The study of the genetics of aging was fostered by her longevity studies in genetically different mice.

Russell mentored and supported summer students all 41 years she was at the Laboratory. Retirement did not slow her down. She became even more involved in the health and education fields in Maine, where she served on the Governor’s Task Force on Education in the 1980s and, at age 77, taught a genetics course in West Africa.