'The Laboratory was a small institution when I joined the staff of seven in 1935, but under the talented leadership of Dr. Little and his successor, Earl Green, it has grown into the world center for studies in mammalian genetics.'

Named after Nobel Prize winner George Snell, who is considered the father of immunogenetics.

Your privileges include all Tibby Russell Signature Society privileges, plus: 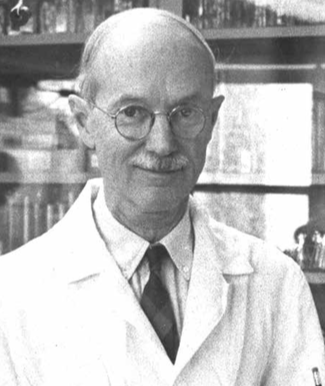 The contribution of Nobel Prize-winner George D. Snell, Ph.D., to the mammalian genetics community is hard to exaggerate. Snell is considered the father of immunogenetics and discovered the genes that comprise the major histocompatibility complex (the group of genes that help the immune system recognize foreign substances). His work was a key step toward making organ transplants possible.

Snell also generated the first congenic strains of mice. These are inbred strains that usually contain a single gene from another strain but are otherwise identical to the original. Congenic strains are considered a staple of modern genetics research.

A student of the first American biologist to look for Mendelian inheritance in mammals, the legendary William Castle at the Bussey Institute at Harvard, Snell started his long career at The Jackson Laboratory in 1935 as one of seven researchers. Here he joined another of Dr. Castle’s former students and founder of The Jackson Laboratory, Clarence Cook Little, Ph.D. It was in Bar Harbor that Snell met and married Rhoda Carson, and where they raised three sons, Thomas, Roy and Peter.

Snell shared the 1980 Nobel Prize in Physiology or Medicine with fellow scientists Jean Dausset and Baruj Benacerraf for their discoveries concerning genetically determined structures on the cell surface that regulate immunological reactions. These discoveries were the basis for successful tissue and organ transplantation. Two years earlier, he was one of the winners of the first Wolf Foundation Prize in Medicine.

Snell was born in Bradford, MA in 1903. He graduated from Dartmouth College in 1926, where he followed his passion for mathematics and science, focusing on genetics. Snell earned his Ph.D. from Harvard in 1930, with a doctoral thesis on genetic linkage in mice. Early in his career, he studied hybridization.

Snell was the founder and first editor of the scientific journal Immunogenetics. After his retirement in 1973, he spent many years writing numerous articles on science, philosophy and ethics, and authored Search for a Rational Ethic, a book exploring the interplay between science and ethics. He passed away in 1996 at the age of 93.