'My intention was to stay one or two years, learning some biology and genetics. Instead, I spent my entire career at the [Jackson] Laboratory.' – Douglas Coleman, Ph.D., 2012 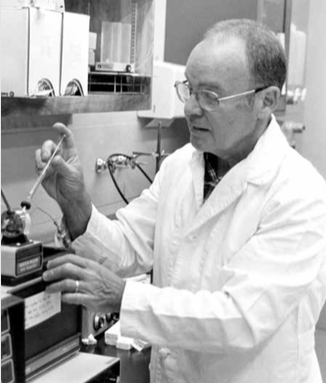 Douglas Coleman, Ph.D., was a lifelong contributor to The Jackson Laboratory and a trailblazer in the study of obesity and diabetes. The scientist, environmentalist and philanthropist brought an elegantly simple approach to addressing complex biological problems. His work established the first clues to a genetic component in obesity. In the 1970s, he identified a “satiety factor” that appeared to be missing in certain laboratory mice, who never lost their appetite and developed obesity and diabetes.

Building on Coleman’s landmark experiments, Jeffrey Friedman, M.D., Ph.D., of Rockefeller University and the Howard Hughes Medical Institute — and a current member of JAX's Board of Trustees — would later identify that “satiety factor” as leptin, a hormone that regulates food intake and body weight.

Coleman was born on October 6, 1931, in Stratford, ON, Canada. He received his BSc. in chemistry in 1954 from McMaster University. It was there that he met his future wife, Beverly Benallick. He received his M.S. and Ph.D. from the University of Wisconsin, Madison, in 1956 and 1958, respectively.

He came to the then Roscoe B. Jackson Memorial Laboratory in 1958 as an associate sta scientist, working with George Snell, who would go on to win the 1980 Nobel Prize in Physiology or Medicine. He rose through the ranks to sta scientist in 1961, and senior sta scientist in 1968. He served as assistant director of research from 1968–70, and interim director from 1975–76.

In 1977, Coleman received the Claude Bernard Medal by the European Diabetes Federation, the first of many international awards for his seminal studies. Coleman retired from his scientific career in 1991. He was elected to the National Academy of Sciences in 1998. His love of the outdoors and concern for the environment led him to become actively interested in forest management, land protection, conservation and other ecological issues.

Coleman established two endowments at The Jackson Laboratory to support research and education. The Douglas Coleman Research Fund supports JAX investigators, with preference given to early-career scientists who are studying obesity and diabetes. The Beverly Coleman Memorial Fund supports young students and educational programs. Coleman passed away at his home in Lamoine, ME, in April, 2014.