THE POWER OF OUR IMMUNE SYSTEMS

Click here to view a write-up of the virtual event THE POWER OF OUR IMMUNE SYSTEMS on Thursday, June 18, 2020.

Our immune systems are crucial to how our bodies respond to disease, and have a drastic impact on how diseases progress. Join JAX Scientific Director, Charles Lee, Ph.D., FACMG for a virtual conversation with scientist immunologist, Adam Williams, Ph.D., about how the responses of our immune systems are coordinated by special molecules called non-coding RNA. Adam, who is an expert in non-coding RNA, will share how he is bridging immunology, genomic research and bioinformatics to develop a deeper understanding of these diseases and others that we do not yet fully understand.

This event includes an interactive Q&A session. Your participation is encouraged.

For questions, please contact our events team at advancementevents@jax.org or by phone at (207) 288-6753. 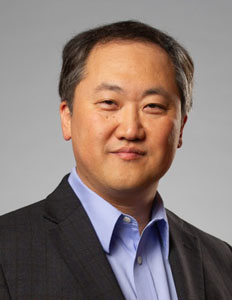 Charles Lee, Ph.D., FACMG, Scientific Director and Professor
Dr. Lee is responsible for the scientific direction and coordination of The Jackson Laboratory (JAX) for Genomic Medicine. Dr. Lee joined JAXGM from Harvard Medical School and Brigham and Women's Hospital. He is best known for his discovery that copy - number variation - a state in which cells have abnormal number of DNA sections, sometimes associated with susceptibility or resistance to disease - is widespread and significant in the human genome. This discovery, and his subsequent research, has provided tools that clinicians use to help them make accurate diagnoses for hundreds of thousands of genetic tests every year on conditions such as autism, birth defects and cancer.

Throughout his career, Dr. Lee has received numerous accolades and awards for his research into the human genome, including an Award from the American Association for Cancer Research and the 2008 Ho-Am Prize in Medicine. He is an elected fellow of the American Association of the Advancement of Science (AAAS), a 2014 Thompson Reuters Citation Laureate and is currently president of the Human Genome Organization (HUGO). In addition to his responsibilities at JAX Genomic Medicine, Dr. Lee is a distinguished professor at EWHA Womans University in Seoul, South Korea and an adjunct professor at Xi'An Jiotong University, Xi'An, China. 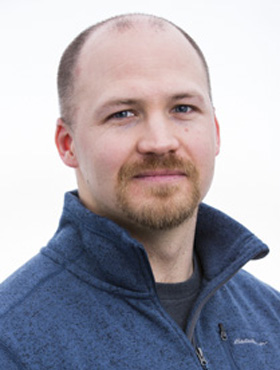 Adam Williams, Ph.D., Assistant Professor
Dr. Williams is focused on understanding the biology of recently identified parts of the genome that contain long non-coding RNA's, or "IncRNAs." Although these genes were initially deemed genomic oddities, work from Adam's Lab has contributed to the growing understanding that IncRNAs are intimately associated with different human diseases. The Williams laboratory conducts research that bridges immunology, genomics research and bioinformatics to develop a deeper understanding of IncRNA function. His group is also one of the only in a handful of labs world-wide studying the role of IncRNAs in human lung biology and disease. This is made possible through the use of cutting edge 'lung in a dish' culture systems, that allow direct experimentation on the cells in the lung that form a barrier to the outside environment. The ultimate goal of his work is to understand how IncRNAs control the identify and function of cells in the lung and how they may contribute to lung diseases such as asthma. The long-term objective is to harness IncRNAs to provide new diagnostic and therapeutic approaches.

Video recordings of past JAXTAPOSITION events on the Immune System have been provided below.