An end to one-size-fits-all cancer therapies

In this TED-style talk, learn how JAX is tackling one of the deadliest forms of breast cancer, triple negative breast cancer, from one of our brightest scientists, Francesca Menghi, Ph.D.

In the future: imagine a world in which each cancer patient receives the most promising personalized treatment for their specific type of cancer based on individual gene mutations.

In a TED-style talk, the researchers shared how their cutting-edge genomic testing is giving physicians access to the most advanced precision cancer care for their patients. Each patient is unique each treatment should be, too.

This is the future of medicine. This is JAXtaposition.

Since his arrival in 2004, he has overseen the launch of numerous research products and services including research on human tumors in lab mice; modernization of mouse production facilities and completion of new research laboratories in Bar Harbor, Maine, the development of the world’s most modern mouse production facility in Ellsworth, Maine, and the relocation and expansion of the Laboratory’s California operation. Surplus generated by the mouse and services business increased more than tenfold during this period while revenues have grown more than several-fold.

Dr. Hewett conceived and led the development of The Jackson Laboratory for Genomic Medicine and secured the State of Connecticut’s agreement to provide $291 million and 17 acres of land for its establishment.

Dr. Hewett has served on the Bangor Savings Bank Board since 1999; served as a founding board member of the New York Genome Center and was the founding chair of the Ellsworth Business Development Corporation.

Dr. Hewett is a graduate in political economy from Williams College and holds MFS, MS and Ph.D. degrees from Yale University. 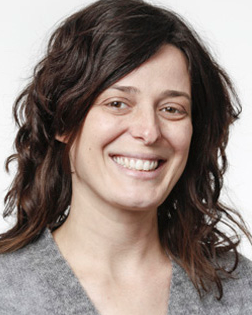 Francesca Menghi, Ph.D. obtained her BSc in Medical Biotechnology and MRes in Bioinformatics from the University of Milan, Italy, in 2004 and 2006, respectively, identifying genetic alterations that affect brain cancer patients' prognosis. She then pursued her Ph.D. in Cancer Biology at the University College London, UK, where she studied the transcriptional changes occurring during childhood brain cancer development.

After graduating in 2010, she joined Dr. Ed Liu's lab at the Genome Institute of Singapore as a post-doctoral fellow, studying the genome-wide patterns of genetic and transcriptional alterations that are implicated in the origin and evolution of human cancer. In 2013, she followed Dr. Liu to the Jackson Laboratory for Genomic Medicine in Farmington, CT, as an associate research scientist.