No registration is required.

In 2015, Hilda K. Roderick and her family established the Roderick Lecture Fund, an endowment to honor the late Dr. Thomas H. Roderick, his tremendous contributions to The Jackson Laboratory and his passion for education - particularly the annual McKusick Short Course on human and mammalian genetics and genomics.

Tom joined The Jackson Laboratory in Bar Harbor as a staff scientist in genetics where he remained for 37 years. His lifetime body of research included the effects of radiation on genetic material, behavioral genetics and later bioinformatics, publishing widely in genetics and genealogy. With others at the Laboratory, he developed the first online genetic database. During his career he co-directed the Annual Short Course on Medical and Experimental Mammalian Genetics. In 1968, Tom, together with local physicians Morris A. Lambdin and James H. Thaidigsman, and cytogeneticist Merrill C. Bunker, founded the Center for Human Genetics in Bar Harbor.

An original member of the international Human Genome Organization, Tom is credited with coining the term “genomics.” The word first appeared in a 1987 article by Victor McKusick and Frank Ruddle in the premier issue of the journal by the same name (McKusick and Ruddle 1987). In the article, Roderick states: “One evening, about 10 of us were… discussing possible titles for the new journal… when I suggested ‘genomics.’ Little did we know then that it would become such a widely used term.”

When asked what the Laboratory would be remembered for in terms of 20th century American science, Tom replied, “I think that The Jackson Laboratory will be remembered for good science” as well as its animal and data resources. Twenty-eight years before the dawn of The Jackson Laboratory for Genomic Medicine, Tom understood the innate relationship between research and patients, in much the same way he brought together genetics and genealogists, and doctors and families with a medical dilemma in the form of a genetic trait: “Most of our mission, I think, is basic research, but we have that interest in participating directly in something that has immediate value with respect to medical health understanding.” 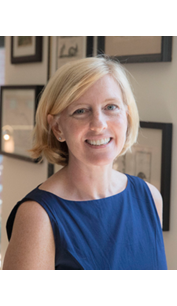 Hopi E. Hoekstra is the Alexander Agassiz Professor of Zoology in the Departments of Organismic & Evolutionary Biology and the Molecular & Cellular Biology at Harvard University. She is the Curator of Mammals in the Museum of Comparative Zoology and an Investigator at the Howard Hughes Medical Institute. Her research focuses on understanding the evolution of morphological and behavioral diversity in mammals – from identifying genes contributing to coloration to those that affect complex behaviors. Hopi received her B.A. from UC Berkeley and her Ph.D. from the University of Washington.

She has received many awards for her scientific contributions, most recently the Lounsbery Medal from the National Academy of Sciences. In 2016, she was elected into the National Academy of Sciences; in 2017, the American Academy of Arts & Sciences; and in 2018, the American Philosophical Society. She also teaches in Harvard’s introductory Life Science course Genetics, Genomics and Evolution to approximately 400 freshmen each year, and has been awarded a Harvard College Professorship for teaching excellence.