No registration is required. View via the link below.

The Chen Kang and Ling Chi Chai Lecture Series was established to honor the Chais, two eminent scientists associated with The Jackson Laboratory for over 30 years. The first Chai Lectureship was awarded in 2011 as a way of bringing scientific thought leaders from around the world to present a special lecture for participants at The McKusick Short Course, which has been jointly sponsored by The Jackson Laboratory and  Johns Hopkins University for nearly 60 Years. The Chai Lecture has been permanently endowed through a generous gift from Burt Adelman, M.D. and his wife Lydia Rogers, of Concord, Mass. Burt Adelman was a member of The Jackson Laboratory’s 1971 Summer Student Program in the laboratory of Dr. C.K. Chai.  The Adelman and Chai families became close, lifelong friends. 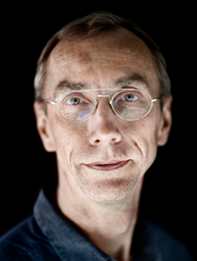 Svante Pääbo has developed techniques that allow DNA sequences from archaeological and paleontological remains to be determined. This has allowed the genomes of extinct organisms and ancient humans, animals and pathogens to be studied. His research group has determined high-quality genome sequences from Neanderthals and discovered Denisovans, a previously unknown hominin group in Asian. He has shown that both Neanderthals and Denisovans contributed DNA to present-day humans and that these contributions have physiological and medical consequences today. Pääbo also works on the comparative and functional genomics of modern and archaic humans and apes, particularly the evolution of features that may underlie aspects of traits specific to humans.

He is a Director at the Max-Planck Institute for Evolutionary Anthropology in Leipzig, Germany, and an Adjunct Professor at the Okinawa Institute of Science and Technology, Japan. Professor Pääbo has received numerous awards, including the Leibniz Prize of the Deutsche Forschungsgemeinschaft, the Louis-Jeantet Prize for Medicine, the Gruber Prize in Genetics, the Breakthrough Prize in Life Sciences, the Lomonosov Large Gold Medal of the Russian Academy of Sciences, and the Japan Prize. Pääbo is a member of numerous academies, including the Royal Swedish Academy of Sciences, the National Academy of Sciences of the USA, and the Royal Society.