Several factors inform genetic test choice, including patient history, family context, and what is known about the genetic cause of disease. All technologies have strengths and limitations. The ordering provider's task is to determine which test is most likely to detect the causative variant, while minimizing the risk of uncertainty and incidental findings.

Target testing when a familial variant is known. When a clinically significant variant has already been identified in a family, at-risk relatives can usually have targeted testing for the specific variant, rather than undergoing comprehensive analysis of the entire gene. Targeted testing is typically faster and less expensive. It is very rare for a family to have more than one clinically significant variant in a cancer-risk gene. See below for an exception to this rule in individuals of Eastern European Jewish ancestry.

Target testing when certain variants are more common in a population. Three specific variants in the BRCA1 and BRCA2 genes account for the majority of hereditary breast and ovarian cancer in people of Eastern European Jewish (Ashkenazi) ancestry. A 3-site panel is the first tier of testing for individuals in this group, with reflex to comprehensive analysis of both genes if the 3-site panel is negative. These three variants are so prevalent in the Ashkenazi population that more than one variant may be present in a family. Therefore, even when a clinically significant variant has already been identified in a relative, at-risk family members undergoing testing should have the 3-site panel, rather than targeted analysis for a single variant. A different BRCA2 variant is more common in individuals of Icelandic ancestry. Targeted testing may be the most appropriate first tier of testing in individuals with this ancestry.

More than one testing method may be required. Comprehensive analysis may involve more than one testing method to detect different types of genetic variants. The most common type of variant associated with hereditary cancer is an alteration in the "spelling" of the gene, called a sequence variant. However, a significant proportion of individuals with hereditary cancer have a missing or extra segment of DNA within the associated gene. These variants are called deletions or duplications. The most comprehensive testing for hereditary cancer involves both sequencing and deletion-duplication studies of the gene of interest.

Two testing methods may be bundled together. Sequencing and deletion/duplication analysis may be done in a step-wise manner, with reflex to deletion/duplication analysis when sequencing is negative. Alternatively, the tests may be done simultaneously, bundled together as part of a "comprehensive" or "integrated" analysis. Consult with the laboratory or a genetics expert to identify the types of analysis included in a given test offering.

However, the clinical presentations of various hereditary cancer syndromes may overlap significantly. Therefore, testing of more than one gene may be indicated. Some providers perform testing in a step-wise manner, beginning with the genes that are most likely, and proceeding to second and third tier tests as necessary. Some use a multi-gene panel as a first tier test. As the cost of genetic testing declines and the scope of testing technology expands, multi-gene panels are increasingly a cost-effective option. Both cancer-specific and pan-cancer panels are available. Consider the following when developing your testing strategy:

Benefits of expanded testing: Higher detection rate. Multi-gene panel testing increases sensitivity, because it can identify less common diagnoses. Laboratories are collecting data from multi-gene panels, illuminating the genetic diversity within hereditary cancer syndromes. For example, early estimates suggest that about 5-15% of people meeting criteria for testing of the BRCA1 and BRCA2 genes will have a mutation in a different gene. In addition, an estimated 30-50% of people with a mutation in an MMR gene do not meet clinical criteria for Lynch syndrome. This increased sensitivity also increases the negative predictive value. While no test can rule out hereditary cancer with 100% certainty, a negative result on a multi-gene panel is more reassuring than a negative result for one or a few genes.

Limitations and risks of expanded testing: Uncertain and incidental findings. The sensitivity of expanded testing must be weighed against the risk for uncertain findings, which increase with the number of genes included on the test. An "uncertain" variant is one that lacks sufficient evidence to determine whether it increases cancer risks. In some cases the variant is novel or rare, while in other cases the variant is well described but associated with conflicting evidence about cancer risk. Uncertain results should not be used for medical decision-making or testing of at-risk relatives. As many labs do not share variant information yet, the larger the respective lab's "in-house database," the more likely it is that a variant can be classified correctly.

In addition, multi-gene panels may include genes with moderate contribution to risk, which may be no more useful for estimating lifetime cancer risks than family history alone. Furthermore, management guidelines may be lacking for individuals with variants in moderate risk genes. Harm could arise from inappropriate interventions and unnecessary patient stress or anxiety.

As our understanding of the genetic contribution to cancer improves, the genes included in expanded panels will change. The risk for uncertain findings will also decrease as more is learned about the functional effects of rare variants in cancer risk genes. Cost, analytic performance and scope are also likely to change.

Role of cost, billing, and reimbursement. Cost-effectiveness of different testing strategies depends on the specific family and personal history as well as the laboratory. When there is clear indication of a particular syndrome (e.g., HBOC) in a family, single gene testing may be more cost effective than a multi-gene panel. If there is evidence to suggest more than one syndrome in a family, a multi-gene panel is often more cost effective than ordering stepwise single gene tests separately. The cost for the same or similar tests may also vary between laboratories.

Until clear guidelines are available regarding the use of multi-gene panels, insurance billing and reimbursement practices may complicate testing strategy. Some patients can access multi-gene panels as a first-tier test, but paradoxically do not have coverage for an "update" to a multi-gene panel if single gene testing has already been performed. These practices are likely to change over time. Consider consulting with a genetics expert. 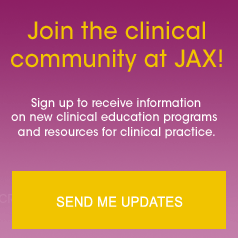