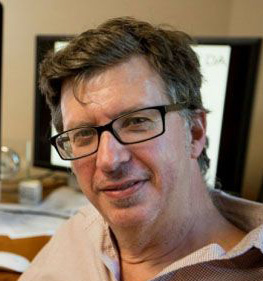 Luis de Lecea identified several neuropeptides with key functions in cortical excitability and sleep regulation and rain reward function. In 2006 he moved to Stanford and teamed up with Karl Deisseroth to pioneer optogenetic methods in vivo. During the last decade, his group has demonstrated a causal role of Hcrt, noradrenergic, cholinergic and dopaminergic neurons on wake stability in mice. Dr. de Lecea’s work accumulates more than 160 manuscripts that have been cited over 27,000 times. He has received numerous awards including ACNP Integrative neuroscience award, NARSAD Distinguished Investigator and Sleep Research Society Outstanding Achievement Award, Senior Fulbright Scholarship, among others. Dr. de Lecea has lectured around the world, and served on numerous national and international committees including the Board of Scientific Counselors for NIDA, the Klarman Family Foundation and the BrainMind Foundation.