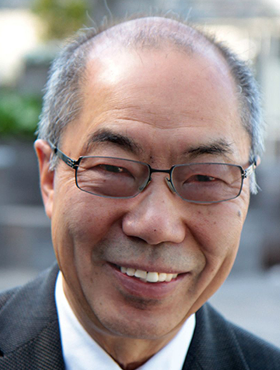 Tak W. Mak is internationally known for his work on the genetics and molecular biology of cancer and the immune system. In 1984, he led the group that cloned the gene encoding a chain of the human T cell receptor, a discovery that laid the ground work for our understanding of much of T cell biology and provided the basis for the CAR-T technologies now approved for treatment of leukemias and lymphomas. Dr. Mak’s lab was also a pioneer in the genetic modification of mouse strains to identify factors associated with susceptibility to immune disorders or various cancers. The Mak team used these mutant animals to elucidate the functions of numerous molecules involved in immune responses, programmed cell death, and tumorigenesis. Notably, his group showed that CTLA4 is a negative regulator of T cell activation, paving the way for checkpoint inhibitior regulators as immunotherapy agents. Most recently, his team showed that the brain communicates with the immune system via T and B cells producing acetylcholine, a finding with implications for future treatments of cancer and autoimmune or neurodegenerative diseases.

Dr. Mak has also made contributions on the biotech front, in particular co-founding Agios Pharmaceuticals. In its short but striking history, Agios has produced two FDA-approved cancer drugs as well as several first-in-class small molecule compounds now in clinical trials for treatment of cancer and certain genetic disorders. A key factor in Agios’ success is its specialization in the delineation of metabolic vulnerabilities in tumour cells that can be exploited as novel cancer therapies. This strategy has produced two IDH inhibitors that are now FDA-approved for treatment of acute myeloblastic leukemias. The Mak team has also developed two novel agents targeting the aneuploid cancer cells common in advanced solid tumours. These agents are now in phase 2 clinical trials under the aegis of Treadwell Therapeutics.