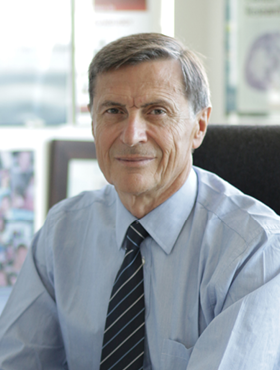 Alberto Mantovani, MD, is Emeritus Professor of Pathology at the Humanitas University in Milan, and Scientific Director of the Istituto Clinico Humanitas.  His attention has been focused on molecular mechanisms of innate immunity and inflammation. He has contributed to the advancement of knowledge in the field of Immunology formulating new paradigms and identifying new molecules and functions.

For his research activity he has received several national and international awards, such as the Triennial OECI Award from the Organization of the European Cancer Institutes,  the Robert Koch Award for his contribution to tumor immunology and immunotherapy, the American-Italian Cancer Foundation (AICF) Prize for Excellence in Medicine and, most recent, the American Association for Cancer Research International Pezcoller Award for Extraordinary Achievement in Cancer Research.