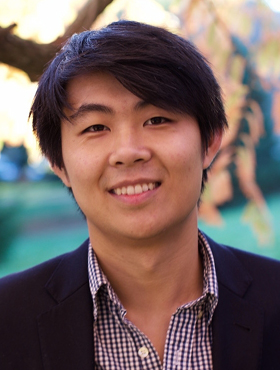 Fei Chen is a core institute member at the Broad Institute of MIT and Harvard and an assistant professor in the Department of Stem Cell and Regenerative Biology at Harvard University. During the course of his doctoral research, Chen co-invented Expansion Microscopy, a breakthrough technique that allows for super-resolution imaging of biological samples with conventional light microscopes. As an independent fellow at the Broad Institute, he led a group which bridged microscopy with next generation sequencing through in situ sequencing and Slide-seq technologies. In his current group, he continues to pioneer novel molecular and microscopy tools to uniquely illuminate biological pathways and function.

Chen was an Axline scholar at the California Institute of Technology and graduated with a bachelor's degree in electrical engineering. He obtained his Ph.D. in biological engineering from the Massachusetts Institute of Technology, where he was funded by the National Science Foundation Graduate Research Fellowship and the MIT Viterbi and Poitras Fellowships. Following his graduate studies, Chen was a fellow in the Schmidt Fellows program at the Broad. His awards include the National Institutes of Health Director’s Early Independence Award and the Allen Distinguished Investigator Award.