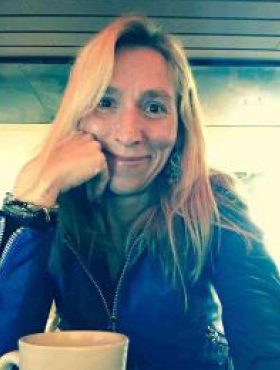 I joined Penn in the Fall of 2003 after being at MIT for three years as a Pappalardo Fellow. I received my Ph.D. in Physics from Harvard University in 2000. My research and the research in our lab is focused on the exploration of mesoscopic and nanoscale structures in the areas of experimental condensed matter physics, nanoscience and nanotechnology. We study the fundamental physical properties of low-dimensional and small-scale structures such as nanocrystals, nanowires and biomaterials and we develop their device applications. Examples include the study and control of nanocrystal assembly, fabrication of electronic devices and understanding the basic mechanisms of charge and spin transport in them: the effects of Coulomb interactions, electron tunneling and charge fluctuations. Experimental techniques involve electrical measurements, microscopy, and nanofabrication. Some specific research topics include: Nanocrystal synthesis, assembly and manipulation Nanoparticle-based electronics Fluorescence of single nanoparticles and nanoparticle ensembles Molecular analysis with nanoelectrode devices Force microscopy of nanoparticles Nanofabrication (nanogaps, TEBAL) Charge detection with mesoscopic structures Graphene nanodevices and nanoelectronics Single-molecule (DNA, microRNA etc.) detection and analysis with nanopores.